The laws vary place to place, join us as we cross county lines to see where it's legal to set off fireworks in East Tennessee. 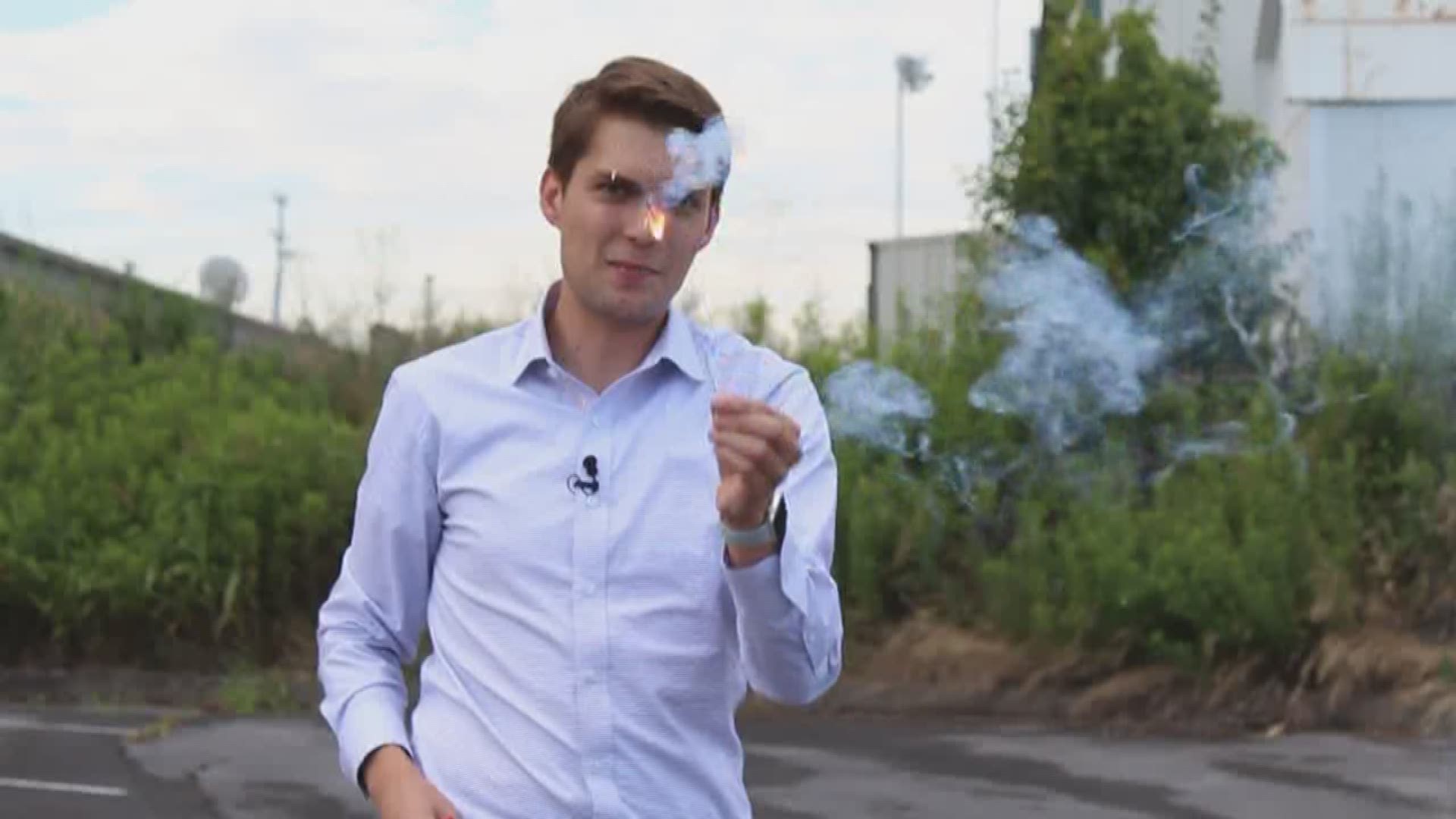 If your neighbors haven't started shooting off fireworks yet, it's coming. You too may be planning to light up the night skies. But the laws tied to fireworks vary from county to county.

We bought some sparklers, but couldn't light up in front of the Channel 10 building in North Knoxville -- and it's not just because our boss told us not to.

Sparklers are illegal inside Knox County, as are all kinds of fireworks big or small.

So we grabbed the intern and hit to road for a fireworks road trip.

As we drive down Chapman Highway en route to firework friendlier pastures, we asked Corcoran why the ban.

It's not just annoying when your neighbors shoot them off at 3 a.m., he said it's also dangerous.

"It may have ten in there and eight of them go off and somebody's looking, there's no activity, they go over to pick it up and they catch one right in the face. that's happened," he said.

Plus burns: sparklers are hot. Corcoran said they can burn at 1500 degrees.

Fireworks can also lead to fires.

RELATED: Is it legal to buy or shoot fireworks where I live?

"A lot of times, fallout from the shells will collect in people's gutters where they haven't cleaned their gutters out and there's dry leaves and dry pine needles," Corcoran said, noting they can catch fire.

That doesn't change across the county line in Blount County, but the laws do.

In Blount County, fireworks are legal because of a law change last year.

But wait, look at the time: you can't shoot them off after 11 p.m. Maryville also changed its laws last year, but only generally allows fireworks up until 11 p.m. around the Fourth of July and the New Year's holidays. Alcoa and Townsend set that time to 'never' -- it's still illegal to light fireworks within city limits there.

So we're on the road again.

The laws change every time you cross county lines.

In Anderson County all fireworks are illegal, in Roane County it's up to city leaders to decide where they can be set off, and in Loudon County it's bombs away.

They're legal there and in Sevier County --as long as your city is not named Sevierville, Gatlinburg or Pigeon Forge.

Click here for the full list of places in East Tennessee where you can light up the night.