Downtown Knoxville said even with a pandemic, 21 new businesses opened in 2020, the same amount as 2019. 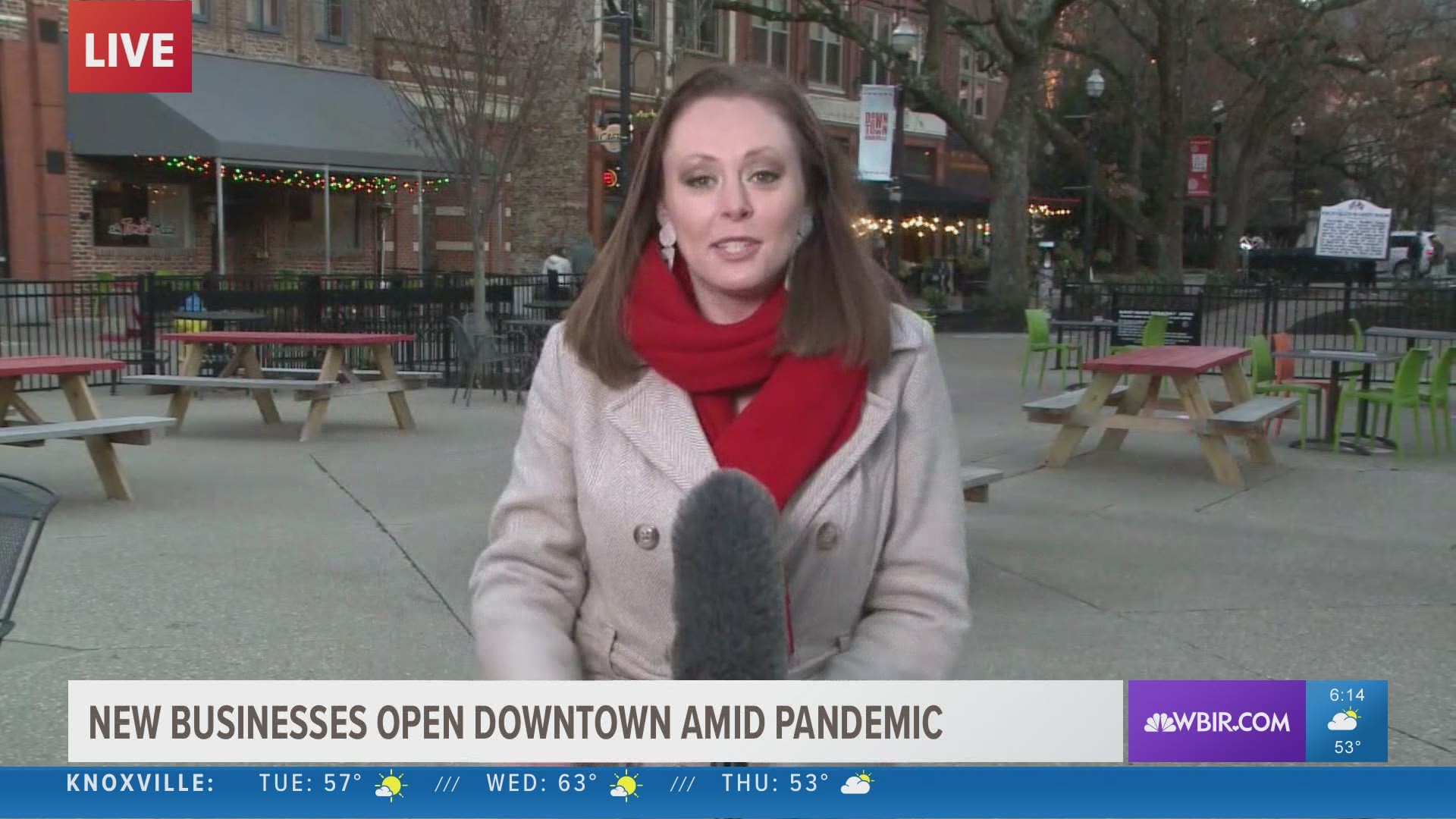 KNOXVILLE, Tenn. — If you haven't paid a visit to downtown Knoxville since the pandemic started, you may not recognize some of the new tenants that moved in.

Downtown Knoxville executive director Michele Hummel says 21 new businesses opened in 2020 just in the downtown area. Compare that to 21 in 2019 when there wasn't a pandemic, and things look pretty impressive for new business owners willing to take that risk.

Here are the businesses that opened downtown in 2020:

Thirteen of those businesses opened between September 2020 and the end of December 2020.

Hummel said 12 more businesses have opened or announced their plans to open in 2021.

The following businesses announced they'll be opening later this year:

Four more businesses will soon be announcing their plans to open. All we know now is that two fall under the 'restaurant/bar' category, one is considered 'retail/services,' and the third is listed as 'other.'

Hummel said outdoor downtown activities and attractions like the Christmas lights got people out to explore new businesses.