In most counties restaurants can open at 50 percent capacity starting Monday, followed by retailers on Wednesday. 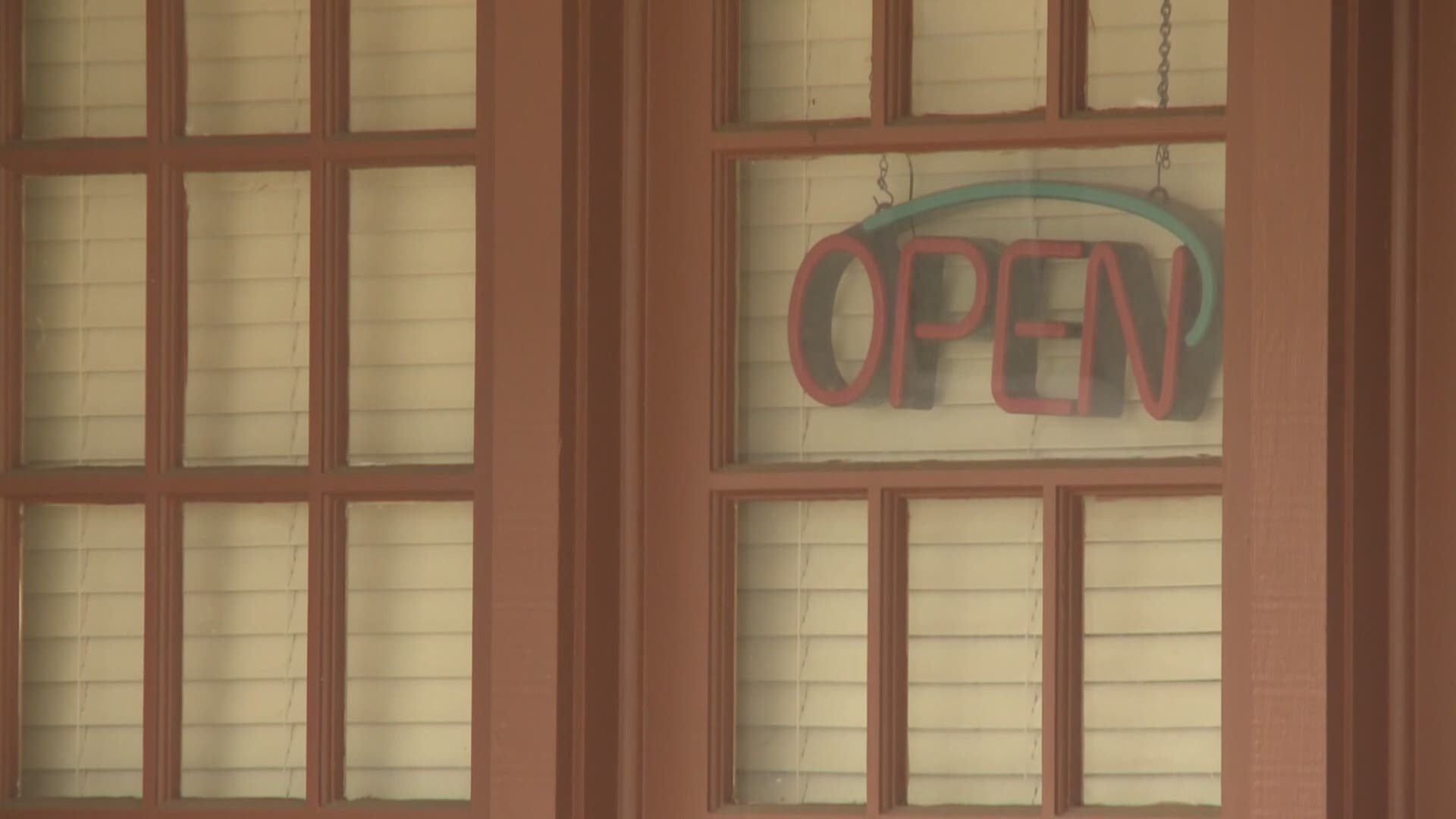 KNOXVILLE, Tenn. — With Governor Bill Lee giving the green light for many restaurants and businesses to reopen next week, owners are spending the weekend preparing.

They plan to open with caution, keeping the safety of employees and customers as a top priority.

Restaurants can open at half capacity starting Monday, followed by retailers on Wednesday. This does not apply to larger cities and counties, like Knoxville and Knox County.

She can open Wednesday, but she is choosing to hold off.

In the meantime, she's busy preparing her store and finding new ways to keep people safe.

"I know in my business as a small retailer it's manageable," said Manes. "The extent of customers here at one time isn't that great."

On the restaurant side of things Rick Ford, who owns The Soup Kitchen in Knoxville, Maryville and Oak Ridge, is ready to open his businesses as guidelines allow.

"We've had some challenging times for the last 4-5 weeks," said Ford. "We are taking it day by day."

RELATED: 'It was devastating' | Sevier County plans to reopen May 1 after a month without tourism

The Maryville location is one of the restaurants opening back up on Monday.

"If we're open for only half the capacity of our dining area, it's gonna limit the volume we can do," he said. "But that's okay; it'll come around."

Like Manes, he's busy getting cleaning supplies for the stores and protective gear for the crew.

"We're just gonna go at it slow and be very cautious," said Ford.

Both are ready for the opportunity to open their doors and hope the community supports them along the way.

"Small businesses are the backbone of the communities," said Manes.

Governor Lee said social distancing is impossible at some businesses, such as barbershops and salons. He said they will have to wait longer to reopen, but didn't give a specific timeline.