Big Ears Festival was cancelled, and the Knoxville Marathon was postponed until November. 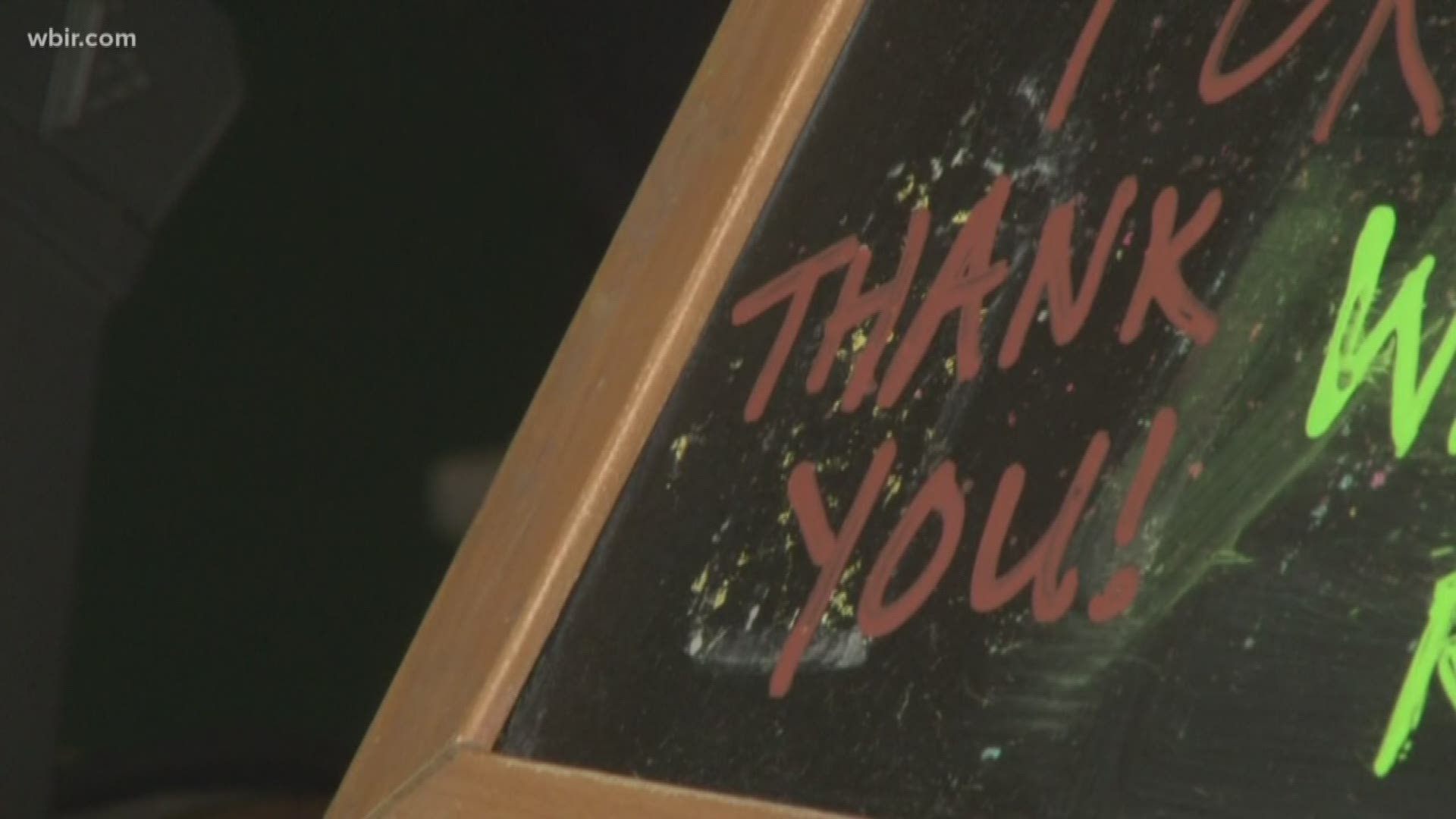 KNOXVILLE, Tenn. — This weekend was originally slated to be a big one for downtown Knoxville. Then, Big Ears Festival was cancelled and the Knoxville Marathon was postponed until November.

In past years, thousands would have flooded the streets at the end of this month. On a normal, warm Friday night, it wouldn't be possible to walk down Gay Street without bumping into people. Instead, it's empty. Most doors are locked and just a handful of adventurous folks are out.

"It's been very different. We're doing everything we can to stay in business," said Jessica Stewart with Blackhorse Brewery. "It's been a ghost town, it's been unreal."

"It would have been extremely packed and crazy right now," said Jazzmine Curtis who was taking advantage of Cruze Farm being open to get her family some ice cream. It's one of few businesses open downtown.

Payton Logan, a South College student, was out with friends taking graduation photos for memories. "Sadly our graduation got cancelled," she said.

For years in March, this weekend would have meant big business and lots of tourism. But the new scene shows the new temporary normal. "We were even surprised to see anybody out down there to see anything open," said Curtis.

RELATED: 1,203 confirmed cases of coronavirus in Tennessee, including 6 deaths & 103 hospitalizations

Blackhorse Brewery is among the few on Gay Street with open doors, adapting to the new climate.

"What we anticipated this weekend to look like versus what it's turned out to be it's devastating for small businesses," said Stewart. "It's just what we're having to do to stay alive now."

She said they found comfort in those that have their back. "The community has come through for us," she said.

Curtis said she has hope, like many, that this is a temporary sight. She's ready for the city to bounce back better than before.