The Knoxville Chamber of Commerce estimates there are at least 500 Black-owned businesses in Knoxville. 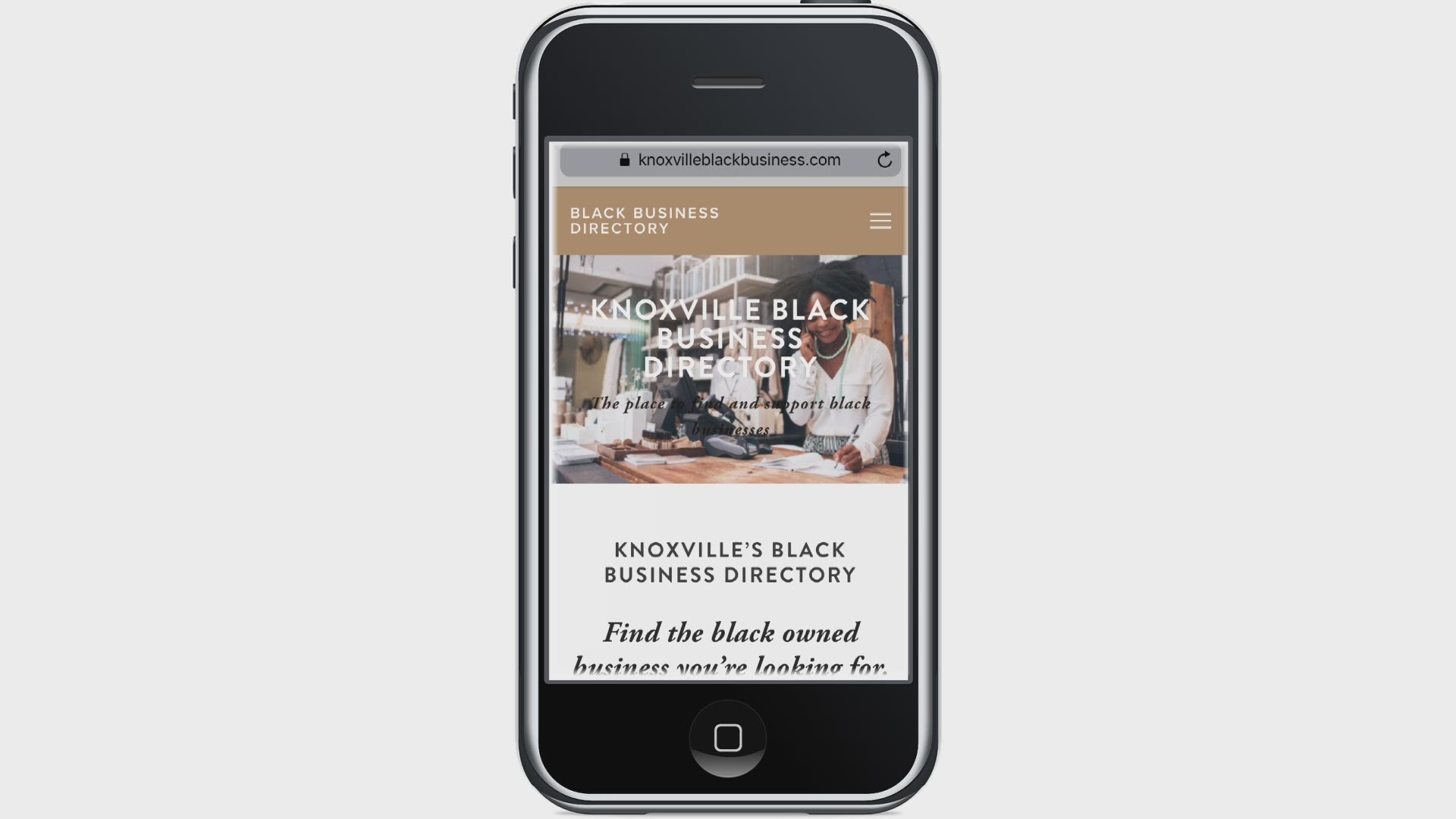 KNOXVILLE, Tenn. — The Knoxville Black Business Directory, an online space where people can find Black businesses from all walks of life, launched Oct. 1.

"What we wanted to do was put a place online where those businesses could be found by the greater community," Damon Rawls said.

Rawls is one of the people behind the project. He said the goal is to connect businesses with the broader community.  The directory features businesses like Tanika Harper's, who started Harper's Naturals six years ago.

"It is a natural skincare company in Knoxville, Tennessee," she said.

But her business has a personal story. She said she started it in 2014 after she was diagnosed with an autoimmune disease. Her condition meant she couldn't use anything with chemicals in it, so she decided to create something that would help herself and later others.

"It became a demand ... so I started Harper's Naturals," she said.

Helping others is a part of Demetrice Hall's story too. He is a part of the Black business directory and after a career in the Air Force, he has a new mission.

"Veterans get a preference," he said.

He is in charge of VETsmart, a logistics company in Tennessee. Part of his mission is to employ veterans and their families. He said that spouses of veterans and children of veterans get preference at his business.

He's hoping to soon be able to hire people from his neighborhood, after growing up in Lonsdale.

Both Harper and Hall said in a moment when businesses are struggling, support from the community is vital. They also said support from their communities is vital even after the COVID-19 pandemic.

"We need people to be intentional about doing it now and in the future," Harper said.

And if she could offer any advice so fellow or aspiring business owners, she would tell them to hang in there.

"Keep pressing ... learn to pivot ... collaborate with someone ... don't give up ... let's push through it and we will get through it together," she said.