The University of Tennessee announced it sold out of tickets in about 24 hours for UT's games this weekend. 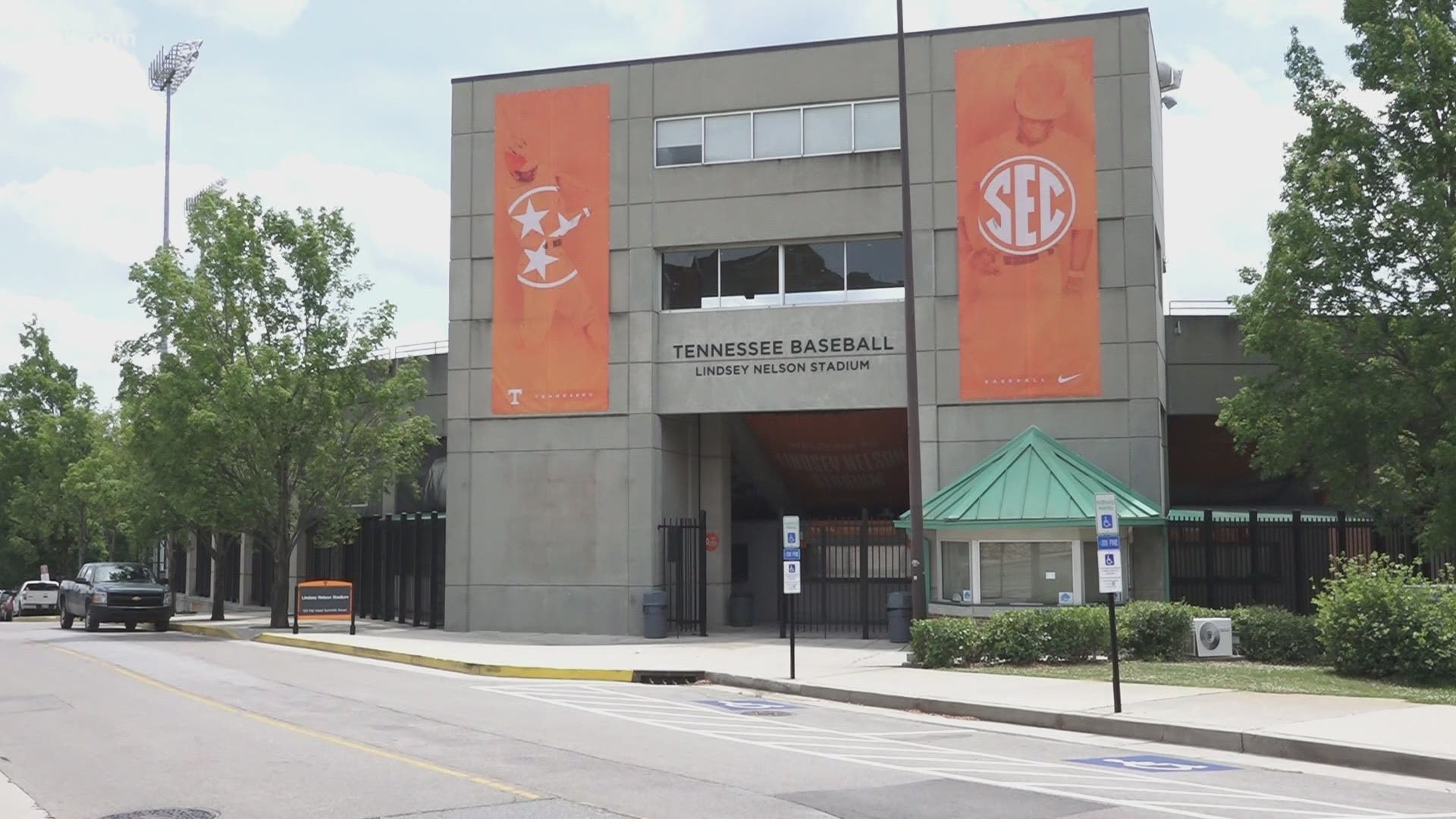 KNOXVILLE, Tenn. — At Gus's Good Times Deli on the Cumberland Strip, a packed stadium means a home run for business.

And that's exactly what they'll have this weekend as Tennessee hosts its first regional baseball tournament since 2005.

"We've gotten more from baseball this year than we've ever gotten in the 40 years that we've been here, so I imagine this weekend will be a pretty good uptick," said Andy Hale.

It's a big change from years past, where Hale said baseball didn't drive customers to the deli.

"We've had years where we've got nothing at all from baseball," he said. "Why would someone want to see a bad product?"

But as the team has improved over the years, the fan base has responded, he said.

The University of Tennessee Athletic Department said it sold all 4,000+ tickets in about 24 hours, even with new, additional bleacher seats installed in left field.

There will be some standing room tickets, but for now, those are reserved for students only.

A 2016 report from the university claims that football weekends can add up to $450 million in local economic impact over a single season.

This baseball tournament won't come close to that.

"No it doesn't really hold a candle to any of the other ones," Hale said. "But it's good business."