Documents reveal plans to build an expansive "sortation facility" in an area of Maryville known as Partnership Park South. 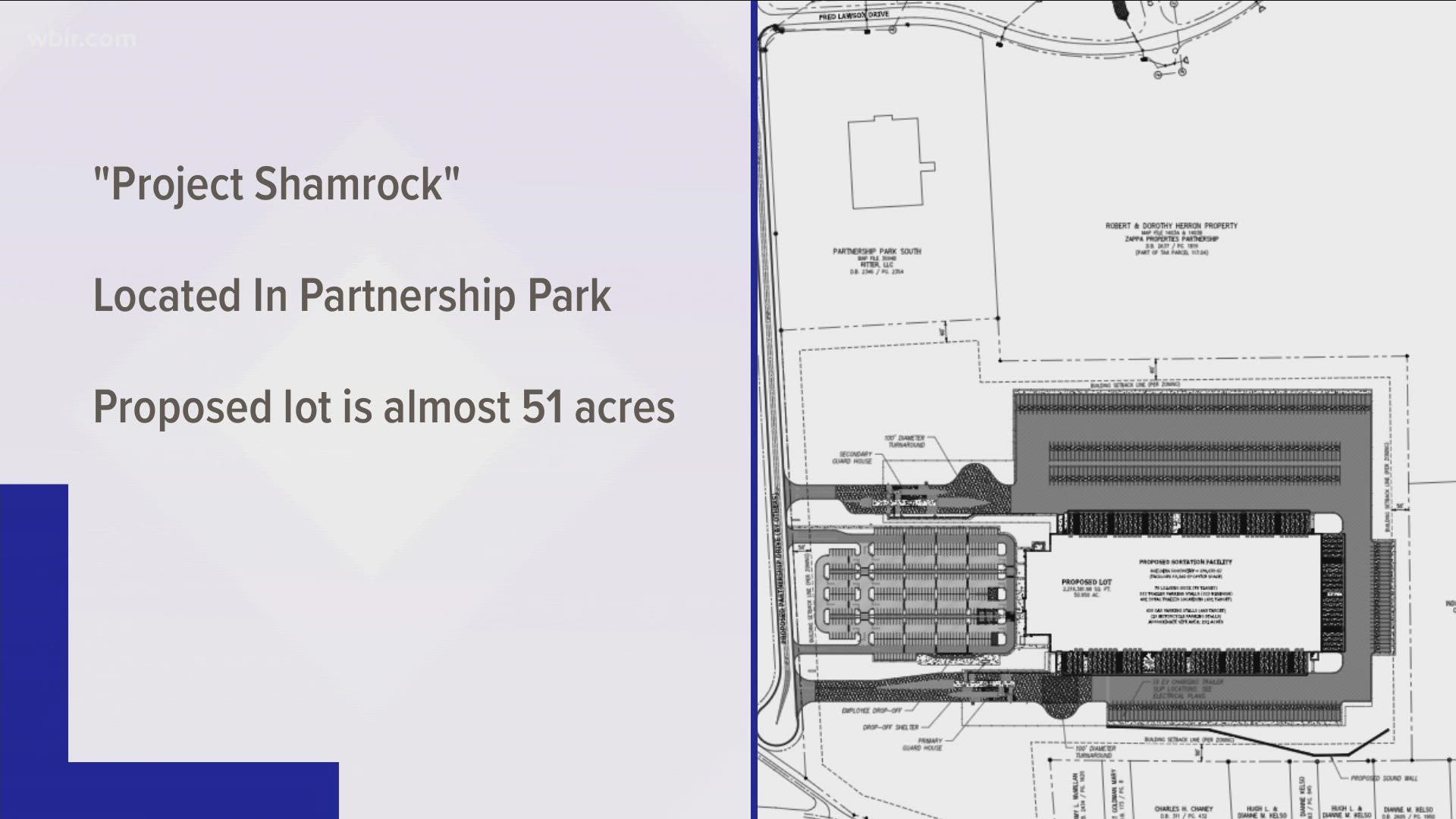 MARYVILLE, Tenn. — Developers propose building a large "sortation facility" in Maryville in an area known as Partnership Park South. Reports say the project could be linked to retail giant Amazon and note it has similarities to another Amazon warehouse project in Alcoa.

The proposal is named "Project Shamrock," which appears similar to Amazon's plans for its Alcoa warehouse. Developers referred to those plans as "Project Pearl." Amazon is also known to operate multiple kinds of facilities, one of which is called a "sortation center."

These facilities are where associates sort customer orders by destinations and consolidate them onto trucks so that they can be delivered faster, according to Amazon's website.

The preliminary designs show that the facility would have 78 loading docks, 459 car parking lots, 323 parking stalls for trucks and two guardhouses. There are also four parking spots marked for "Associate of the Month." Inside the building developers plan 17,349 square feet for offices out of the building's total 278,670 square feet of space.

The proposed lot is almost 51 acres, covering 2,219,381 square feet. The plans show space for people dropping off employees to stop, near the guardhouses and by a gate.

The facility would be located by West Odell Lane and South Long Hollow Road.

Architectural firms Cannon & Cannon Inc. and BL Companies already sent designs to the city of Maryville, according to reports. It is being built by Seefried Development Management Inc.

The developers said that they signed non-disclosure agreements and could not speak about the project.

Gov. Bill Lee confirmed in February that Amazon was behind the Alcoa project. It spans around 89 acres, and plans outline a 634,812-square-foot building. Hillwood Investment Properties has been developing that project.

The warehouse in the Alcoa project is called a "sortable fulfillment center," where “associates sort customer orders by final destination and consolidate them onto trucks." These can employ more than 1,500 full-time employees, according to Amazon's website.

The company also previously announced that it would open a delivery station on the grounds of the former East Towne Mall, located in East Knoxville.