New businesses are opening across Knox County, and more are coming soon

Downtown Knoxville isn't the only place buzzing with new businesses. 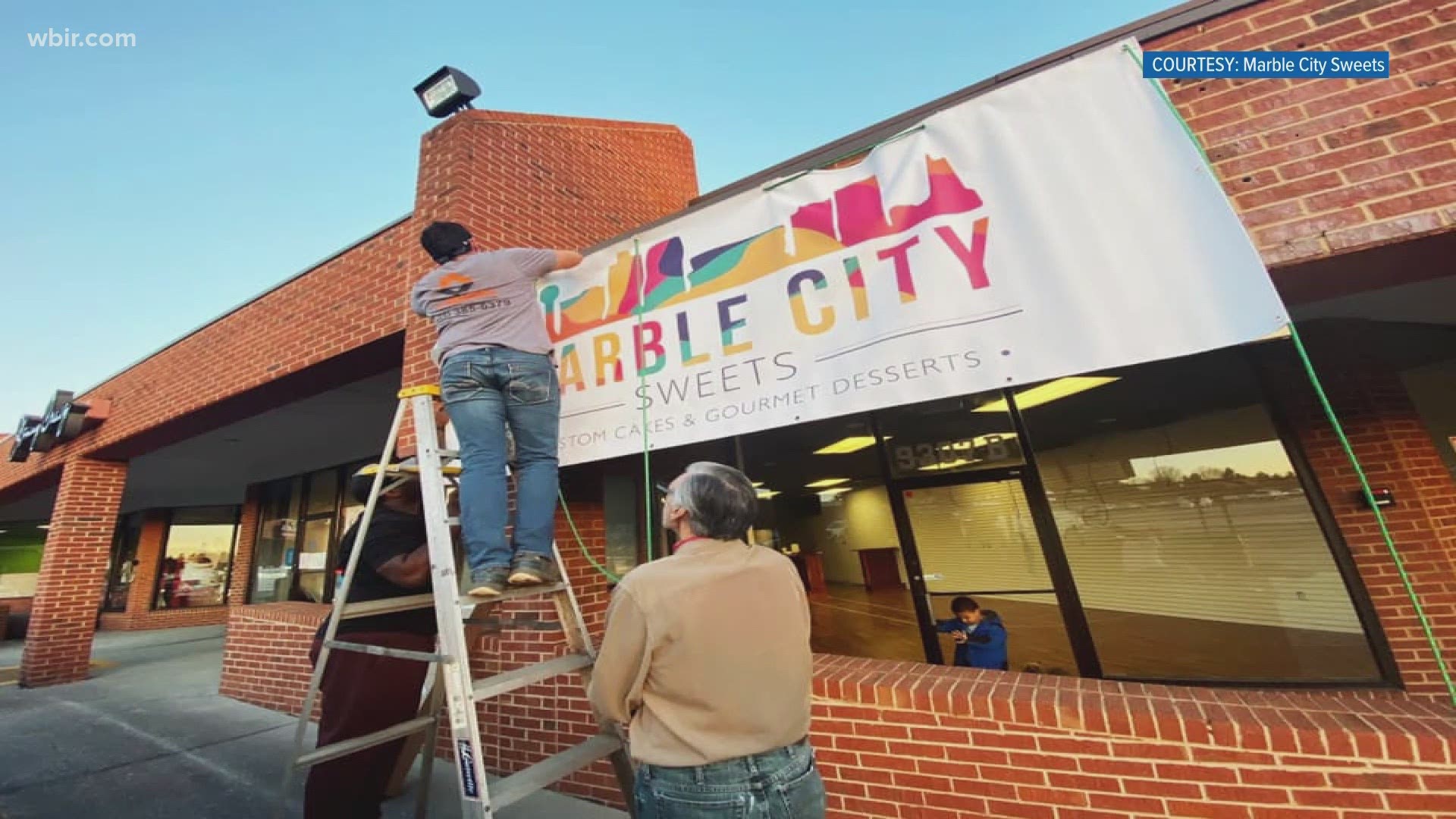 KNOX COUNTY, Tenn. — New storefronts are opening across Knox County with a mix of local and chain stores, as 2021 looks to be the year of new business in the area.

We recently featured the new businesses that opened in Downtown Knoxville since the start of the pandemic, but there's a lot going on in other parts of the city and county, too.

At the furthest west part of the area, in Farragut, a new food truck park and bar called 35 North opened right at the end of 2020. It is located at the corner of Kingston Pike and Campbell Station Road.

Down the road in Turkey Creek is Admiral's Dough Joe, a new local donut shop, the third opened by owner Ryan Wells.

"Donuts are magical," he said. "Donuts are a happy place. They're somewhere you can go when you're down, you're hungry, you want a pick-me-up."

Moving east to the Cedar Bluff area, Marble City Sweets is currently renovating their newly-acquired space for a custom dessert bakery set to open this year. They sell macarons, cakes and even cocoa bombs.

Down at West Town Mall, five new businesses are listed as 'coming soon' on their website. These include a shoestore, Johnston & Murphy, clothing store Windsor and Nepali restaurant The Sherpa Kitchen.

Mexican restaurant Loco Burro is under construction at the old site of Forever 21, complete with a "bucking donkey" and rooftop patio.

And in the old Sears location, Dick's Sporting Goods is opening a new type of store which the company's website said will include a rock wall and outdoor field. It is set to open in May.

Free Reign allergen-free bakery will be opening its second location complete with new items that aren't just sweets. A third location is also opening in November.

"Soups, salads, sandwiches, we'll have a plant-based gluten-free macaroni and cheese which is really hard to come by," owner Sarah Blackburn told 10News in November.

Also on Sevier Avenue, the Oakwood BBQ food truck is now a permanent staple at Southside Garage. James Tourville, who owns the food truck park, said they're moving away from a rotating food truck model and are launching a partnership solely with Oakwood BBQ as the resident truck.

Heading a little north into what's quickly becoming the Central Avenue brewery district, new brewers are selling drinks of all kinds. Ebony & Ivory Brewing doesn't have a taproom location yet, but the Black-co-owned brewery is working with other brewers on collaborations.

In Halls, Smilin' Jack's Cafe offers some down-home cooking with all your Southern favorites.

More businesses announce their opening every day. If you know of another business coming to your neighborhood, reach out to 10News at newstips@wbir.com.