“If the airlines, Boeing and the FAA do their job right... we see the plane as just another jet," said Henry Harteveldt, Atmosphere Research Group. 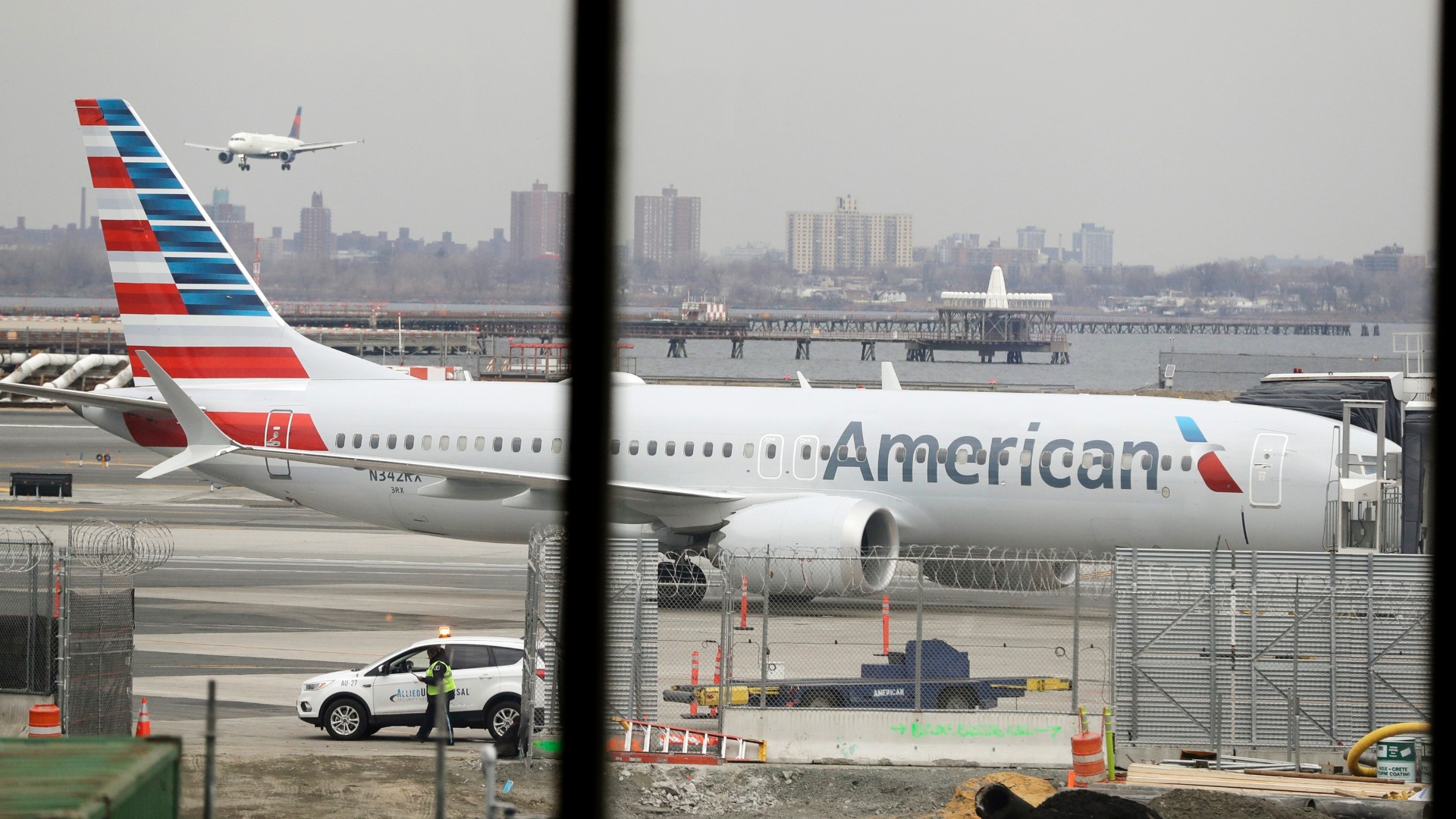 DALLAS — This weekend marks one month until the 737 MAX returns to the sky and that timing could prove critical for faith in flying this aircraft.

“The 737 MAX is going to form a big part of American Airlines’ domestic fleet so getting the reintroduction right is critical,” said Henry Harteveldt, president of Atmosphere Research Group.

737 MAX fleets have been grounded worldwide for the last year and a half as Boeing urgently modified software and hardware on the aircraft after two deadly crashes killed 346 people.

Not long after the grounding, almost half of business travelers expressed concern about flying the MAX in the first six months it goes back in the air, according to a survey for Atmosphere Research Group. Fourteen percent said it was extremely unlikely they would travel on a MAX in that time.

“If the airlines, Boeing and the FAA do their job right, I think somewhere between six months and a year after the 737 MAX’s reintroduction, we see the plane as just another jet,” Harteveldt explained.

Boeing’s 787 Dreamliner is just another jet now, after electrical problems and fires grounded fleets in 2013.

But the 737 MAX, more fuel efficient than current 737 models, will be a domestic workhorse at Fort Worth-based American and Dallas-based Southwest Airlines.

“I’ve flown the 737 MAX quite a bit before the aircraft was grounded,” said Capt. Scott Shankland, a veteran airline pilot. “Once I complete the training and I know that they've completed all the modifications on the airplane, I would absolutely not hesitate to put my family back on a MAX.”

RELATED: How airlines plan to keep travelers safe now that Boeing’s 737 Max is cleared for takeoff

Unlike its first rollout in 2017, Capt. Shankland said, all 737 MAX pilots will now have to go through simulator training for the MAX, something that was not required initially.

“I've actually talked to some pilots you've gone through the new same 737 MAX training course as part of the test program and they have they have reported to me that the day in the simulator is very intense,” Capt. Shankland added.

If anything, Harteveldt said, the pandemic might be helpful for airlines in reintroducing the MAX since fewer people are flying right now.

“That gives them a smokescreen, if you will, to get the plane back into service, to make sure the plane is operating the way all the airlines want it to and by the time the traveling public starts to return in greater volumes later in 2021, the plane will have already proven itself and may already be accepted,” he explained.

In the coming weeks, American said it will let corporate customers physically tour the MAX at DFW Airport.

American has not said how soon it will schedule departures from DFW on the 737 MAX.

“We’re taking a phased approach to returning the aircraft to commercial service, and at this time, don’t have specifics for DFW or when the full fleet will be activated,” an American spokeswoman said.

The airline said it is offering five optional flights for employees to get reacquainted with the aircraft in the next few weeks.

American’s 737 MAX fleet is currently at 24, with another 76 on order from Boeing.

“We know that restoring our customers’ confidence in this aircraft will come with time and importantly, transparency and flexibility. If a customer doesn’t want to fly on the 737 MAX, they won’t have to. Our customers will be able to easily identify whether they are traveling on one even if schedules change. If a customer prefers to not fly on this aircraft, we’ll provide flexibility to ensure they can be easily re-accommodated,” the spokeswoman added.