"These closures over the next two weeks are going to be the nail in people's coffin," one business owner said. 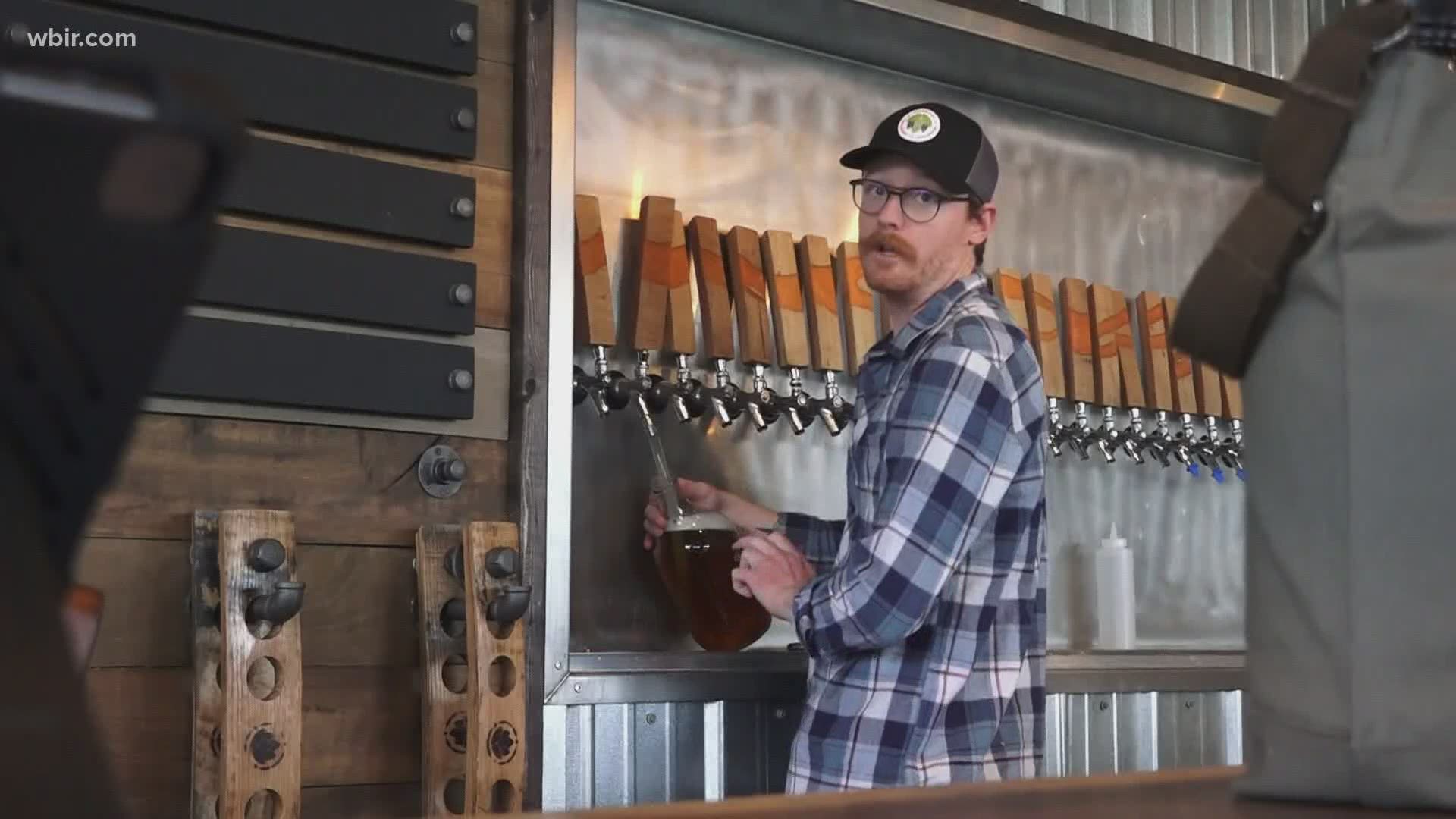 KNOXVILLE, Tenn. — Bars and breweries across Knox County are preparing to close their doors again, after the Board of Health said all local bars must close for at least two weeks starting Monday, Aug. 3.

The board defined a bar as any business that makes 50 percent or more of their profit through alcohol sales. This order includes businesses that aren't bars in the traditional definition of the word, like Token Game Tavern in West Knoxville.

They closed for the first time in March because of COVID-19.

"We remained completely closed until the end of April, early May," said Chris Barry, Owner of Token Game Tavern.

Barry said when they reopened, they changed everything to abide by coronavirus guidelines.

"We removed about half of the tables," he said. "We removed a bunch of video games. We moved away from using tokens and instead are on a play-by-the-hour system."

They set up a contact tracing reservation system and closed the bar.

"We've just now been getting to about 60 percent of what our revenue was before the pandemic," said Barry.

Now, Token Game Tavern has to close again on Monday for two weeks.

"Money that may have bought us a month or two months of losses will now be consumed within two weeks," said Barry.

Token has video games and sells both food and drinks. Because their alcohol sales make up just over half of their profit though, they have to close under Knox County's new order.

"We get lumped in with places that may not be doing it right and there are many other businesses that are in that same boat," said Barry.

Those other businesses can include breweries.

Elkmont Exchange in North Knoxville is a brewery and a restaurant. The owner, Nick DeVore, said they can still serve food if they close the bar.

The food and drink industry is taking another hit like they did at the start of the COVID-19 pandemic.

"These closures over the next two weeks are going to be the nail in people's coffins," said DeVore.

This time, there are no PPP loans owners can take out to stay afloat, and federal unemployment payments have ended.

"We definitely understand the goal of the regulation, we just do not feel that we fit within it," he said.

The two-week closure goes into effect on August 3. The Board of Health will reconsider it right before the 2 weeks are over.