The TABC cited both Paul's Oasis and Billiards and Brews, and has suspended the latter's liquor license. 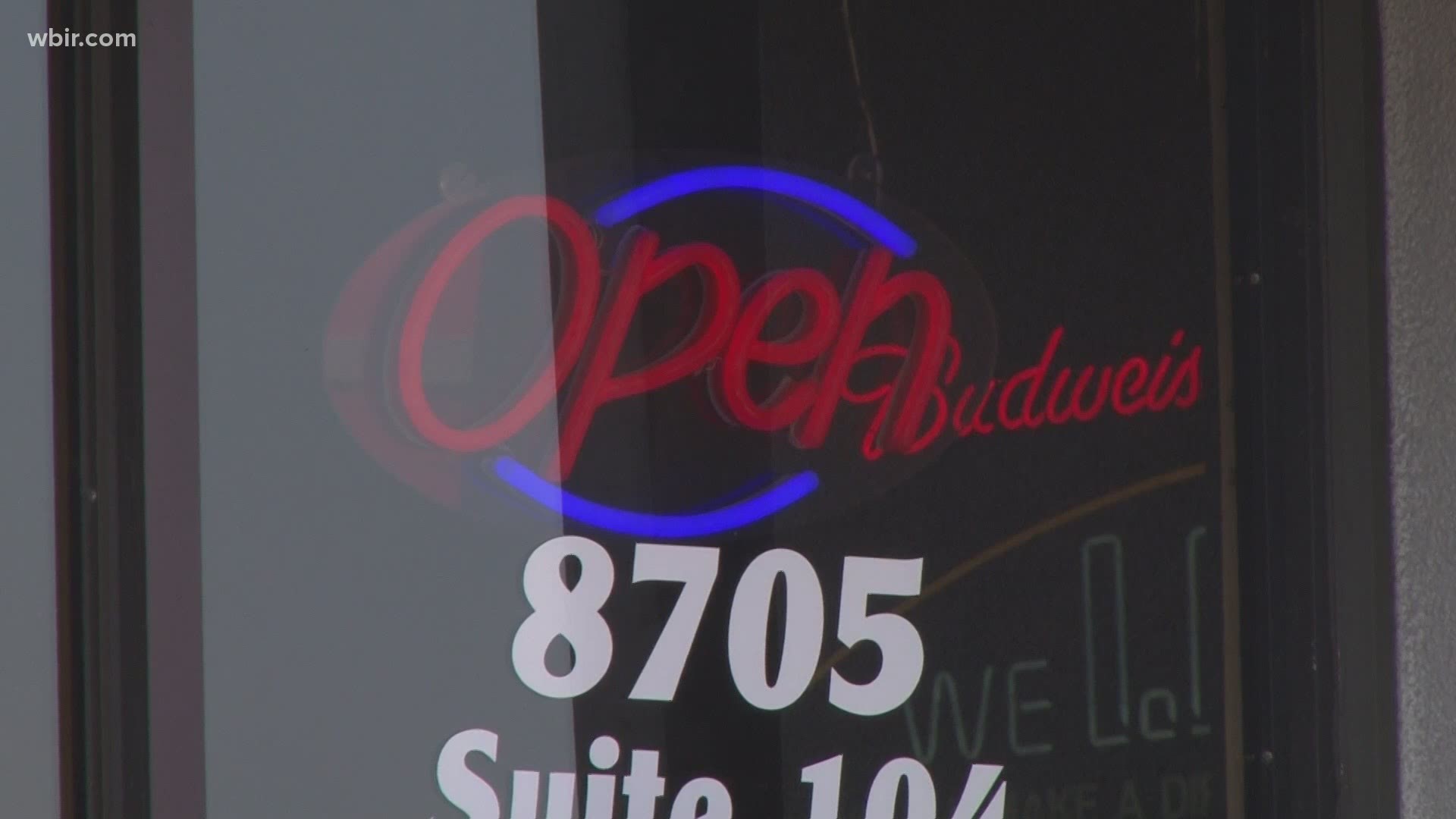 KNOXVILLE, Tenn. — Paul's Oasis and Billiards and Brews are both cited by the Tennessee Alcoholic Beverage Commission for failure to comply with city rules regarding curfew.

Both bars are located in West Knoxville, and have been cited by the Knoxville Police Department for failure to abide by the city's bar and restaurant alcohol curfew numerous times. The curfew, which was pushed back from 10 p.m. to 11 p.m. a couple weeks ago, was put in place by the Knox County Board of Health to slow the spread of COVID-19.

Billiards and Brews racked up 18 city citations, and Paul's Oasis had 11 citations.

The TABC issued a warning to that bar on December 15, 2020. Paul's Oasis got its second violation from the TABC on January 5, 2021, stating the bar had been cited by KPD four more times since their warning. The TABC issued them a $1,500 fine.

The City of Knoxville Beer Boar suspended Paul's Oasis' beer license for 60 days after a hearing on February 2. The bar is now telling patron to BYOB - 'bring your own beer.'

According to KPD, the City of Knoxville's law department "was not aware of any law or city ordinances that prohibits Paul's Oasis from allowing customers to BYOB. However, they would have to comply with the requirements of Section 4-2 of the City Code."

That code says in part: "Between the hours of 1:00 a.m. and 6:00 a.m., it is unlawful for any person to consume beer or an alcoholic beverage not lawfully sold by the business on the premises of any business open for business during these hours in the city."

Billiards and Brews had its liquor license suspended by the TABC after not following city ordinances and failing to maintain law and order.

The TABC said Billiards and Brews was issued a warning citation on December 15, 2020. The TABC said the Knoxville Police Department issued the bar seven citations since then for staying open past the city-imposed curfew.

It also says a shooting that happened at the bar may have been prevented had it closed on time.

That fine is the punishment for two violations

Billiards and Brews now has a hearing with the commission about those violations. Court documents say the purpose of that hearing is a possible decision to revoke the bar's license.

They went before the City of Knoxville Beer Board at 1 p.m. on Tuesday, February 9.

Both Billiards and Brews and Paul's Oasis are being represented in Beer Board hearings by Maryville-based attorney Rick Owens.