When it rains, debris like nails and industrial staples are easily washed into the road, leading to more punctured tires and flats. 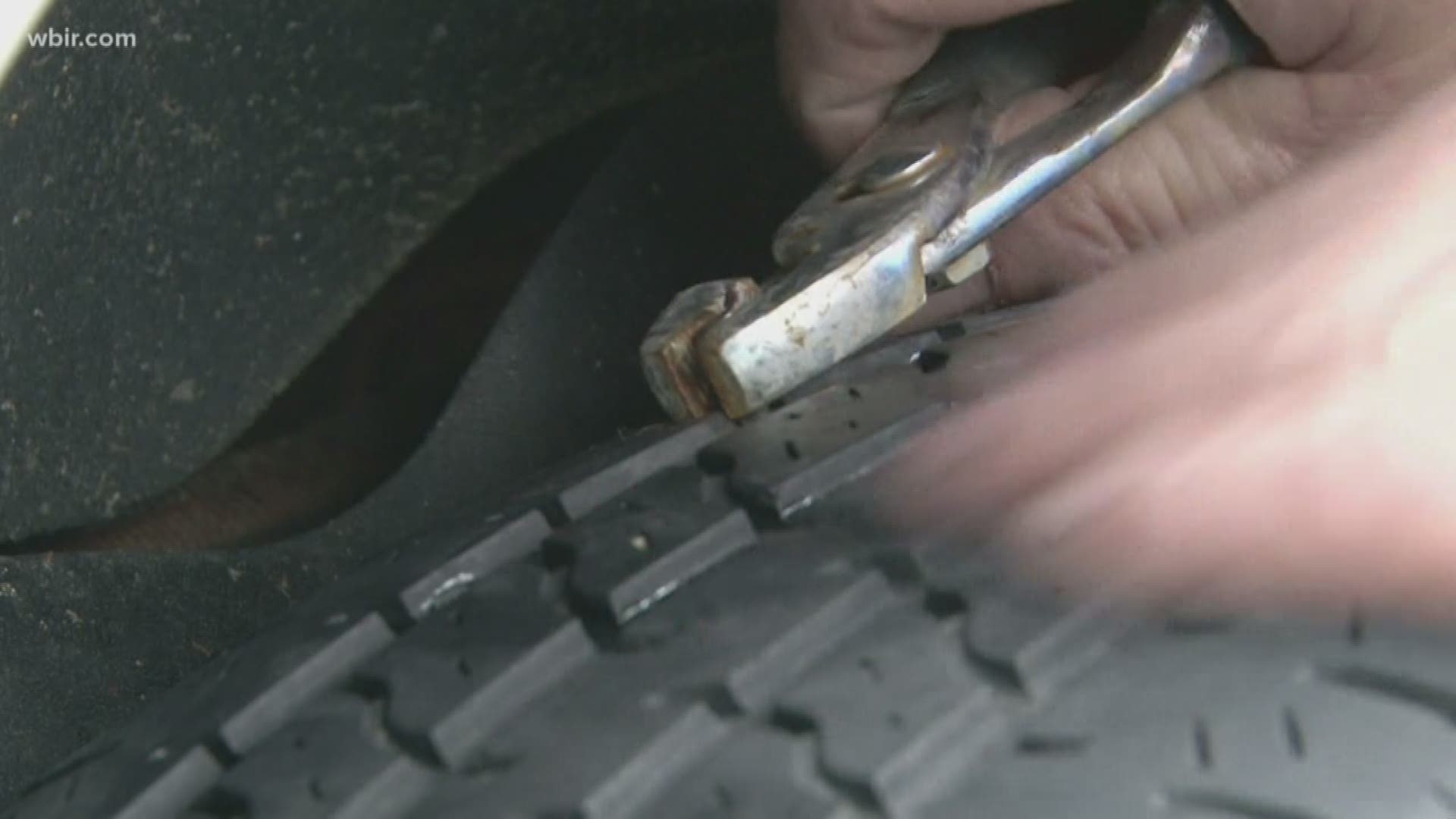 KNOXVILLE, Tenn. — Fisher Tire on Broadway said they always see an influx in tire repairs after it rains, especially in the summer.

The reason? It has to do with the debris on the side of the road, a lot of times from construction sites, according to the manager of Fisher Tire, Colin Chamberlain.

It's not just nails and staples though, anything sharp, including ends of bungee cords, can puncture a tire.

RELATED: How to make your home and car more energy efficient & 'green'

"Basically different types of objects in people's tires ranging anywhere from nails to screws to wrenches to sticks even," Chamberlain said.

Jeana Jarmon got a nail in her tire twice in two weeks.

"Can you believe it," Jarmon said. "Not again. So we're here today to see if we can get a plug or if we need to get new tires."

Fisher Tire said seeing more holes in tires doesn't come as a surprise after seeing a lot of rain. The number of tire repairs and replacements usually triple.

RELATED: She had a flat tire in South Carolina. An NFL player pulled over to change it.

"On a basis say if we saw a couple a day, that might have increased by seeing five or six a day, so I mean it's a pretty common thing," Chamberlain said.

With all of the construction in the area, it's easier for objects to wash into the road.

"We're a high construction area really," Chamberlain explained. "Knoxville is coming up a lot so you have a bunch of construction sites around, a bunch of interstate construction that's going on, so therefore it's gonna happen. It's not something that's preventable."

Unfortunately, there's not always a great way to tell if there are small hazards in the road, but if you do end up with a hole or flat, Chamberlain encouraged to bring your car in to have a professional look at it.

"Just pull over, check the air in the tire, Chamberlain said. "If the tire is low, then it needs to be serviced."

Chamberlain also explained it all depends on where the object is lodged in the tire. If it's closer to the edge, you will likely need a whole new tire. If the object is in the center, there's a better chance mechanics can plug and patch the hole for about 20 bucks.