One mother recommended bringing a friend or family member back-to-school shopping, to help cut down on stress from spending so much. 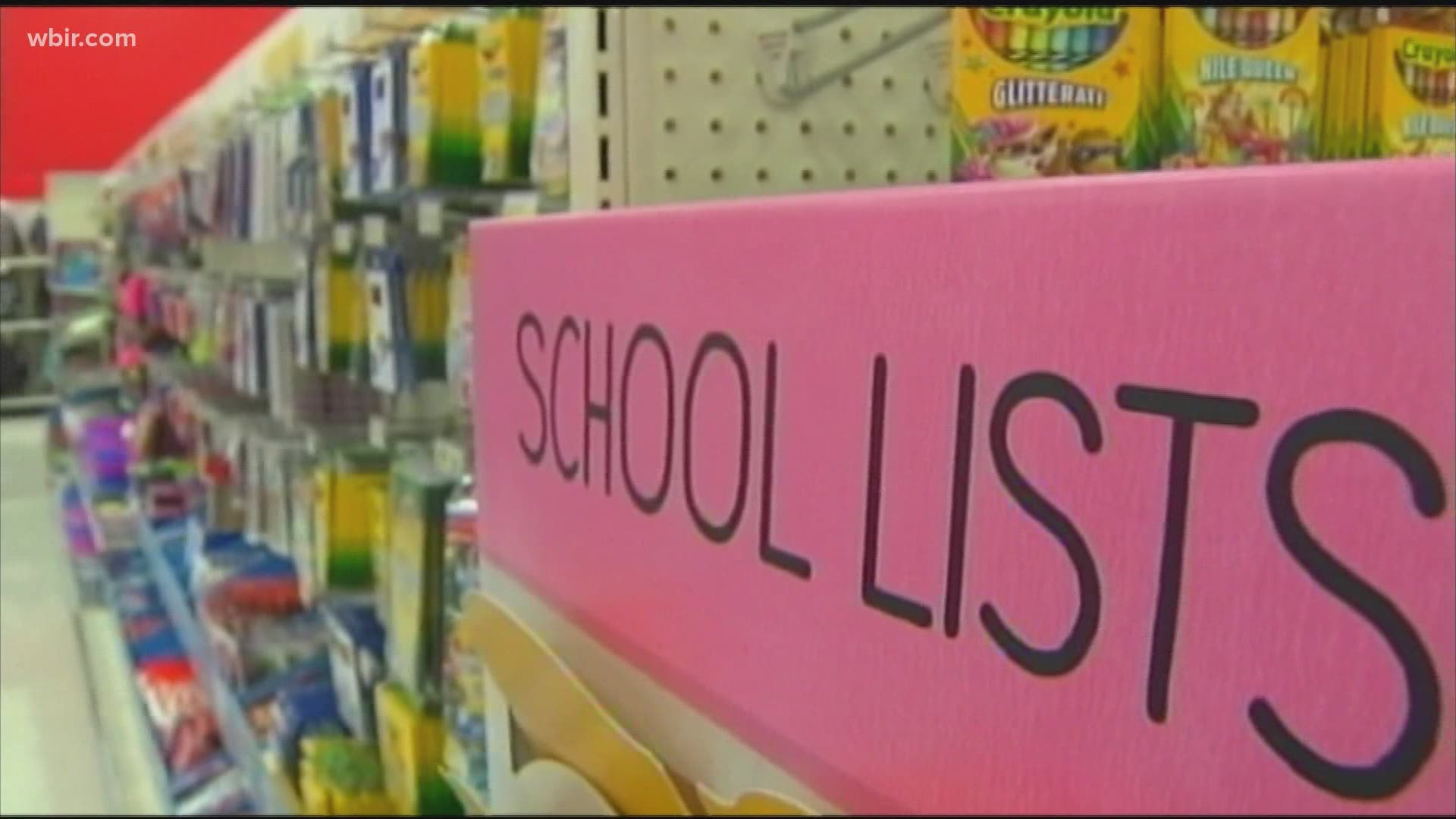 KNOXVILLE, Tenn. — Families across East Tennessee said they are noticing school supplies do not cost what they used to. For many, supplies are taking a bigger chunk of money out of their budgets.

The first day of school is still a few weeks away but according to the National Retail Federation, back-to-school spending could hit an all-time high this year. Officials said that average spending per student is expected to be as much as $270, which is around $20 more than last year.

To save money Chelsey Keyes, a mother of two boys, shops with coupons at the bargain stores and plans purchases out ahead of time.

“Strategically shopping throughout the year helps me avoid the crowds a little bit, just to kind of get some of the specific folders,” said Keyes.

At the top of a list for kindergarten classes at Bearden Elementary School are folders that need to have pockets and prongs. The list even asks for certain colors: a blue and a green one. And the list goes on: glue sticks, pencils and gallon-sized Ziploc bags are all on it.

When the entire list is in an Amazon cart, the total can end up costing around $80 for just one student. The list also doesn't include basic items like backpacks or school clothes.

Yarizta Lauderdale has twins at Jefferson County High School and said she knows from experience how quickly back-to-school shopping can add up.

She's has gone through back-to-school shopping for years and said it can be expensive, especially if students are younger. She said she spent around $100 on school supplies.

“They were asking for all kinds of ridiculous stuff,” said Lauderdale.

As her kids got older, the lists grew smaller. And for families who have small children, she said it helps to take a friend or family member shopping with them to keep parents from stressing the cost of back-to-school shopping too much.