The department said the scammer is calling people at random and claiming there is a warrant out for their arrest. If you get this call, hang up and call police. 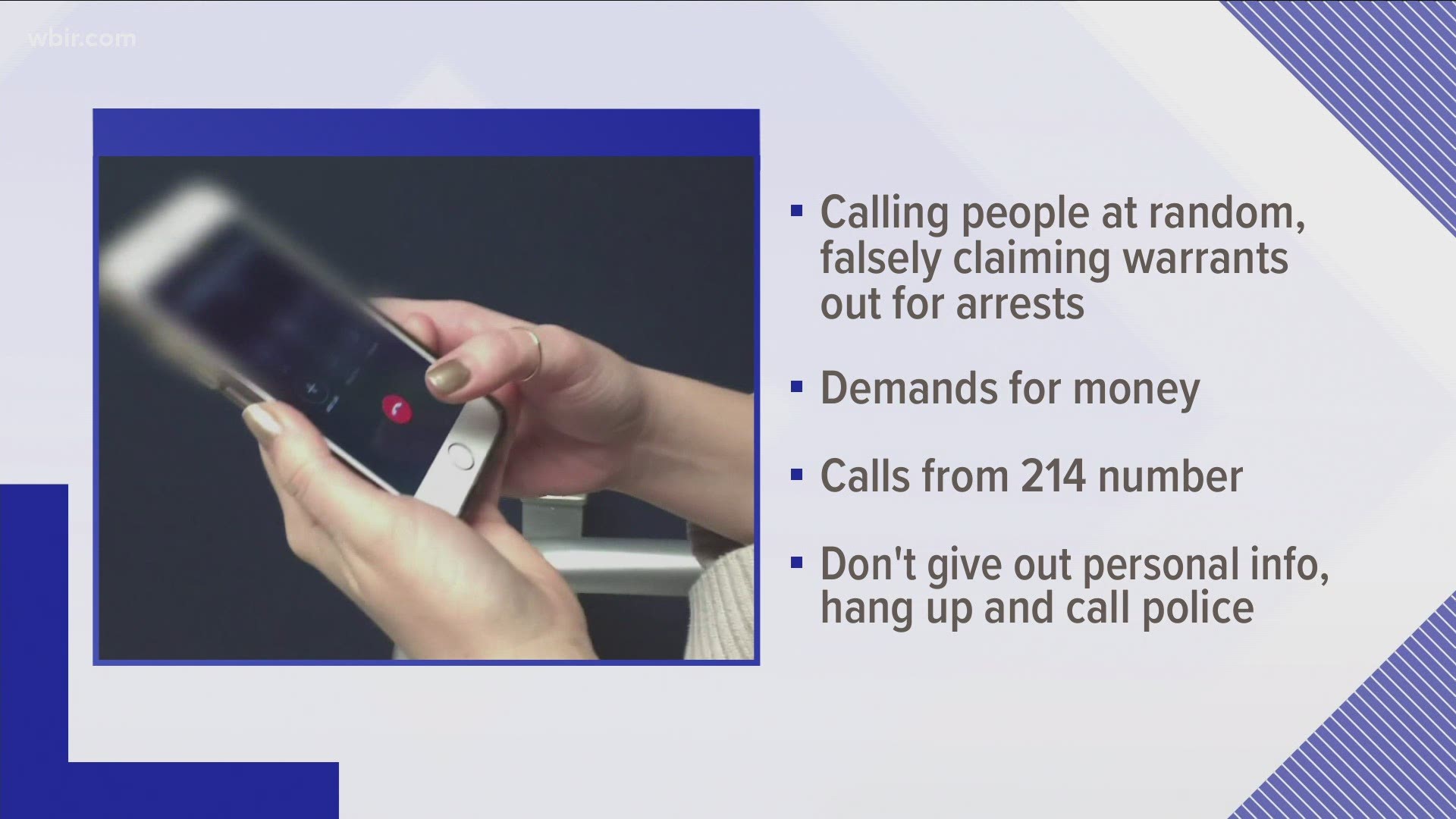 KPD said in a thread on Twitter that it has received several reports of someone calling and posing as a Knoxville police officer.

The department said the scammer is calling people at random and all of the reported calls were from a 214 number. The caller is falsely claiming there is a warrant out for their arrest.

RELATED: KCSO warns of scam telling victims there is a warrant for their arrest

"The scammer then demands money in one form or another, and has even asked at least one person to purchase lottery tickets as compensation," KPD said in a tweet.

KPD said this is a common scam tactic -- the scammer says there is an urgent threat and demands money to get rid of the perceived threat.

"The KPD or its officers will never call under any circumstances to ask for or demand money. Do not give out your personal info or comply with the demands of these scammers," KPD said.

If you get one of these calls, hang up and call the police.