Demand for fireworks is sky high, and there's just not enough to go around

A fourth-generation fireworks business in Greenback said preparing early was critical this year to meeting demand during a U.S. fireworks shortage 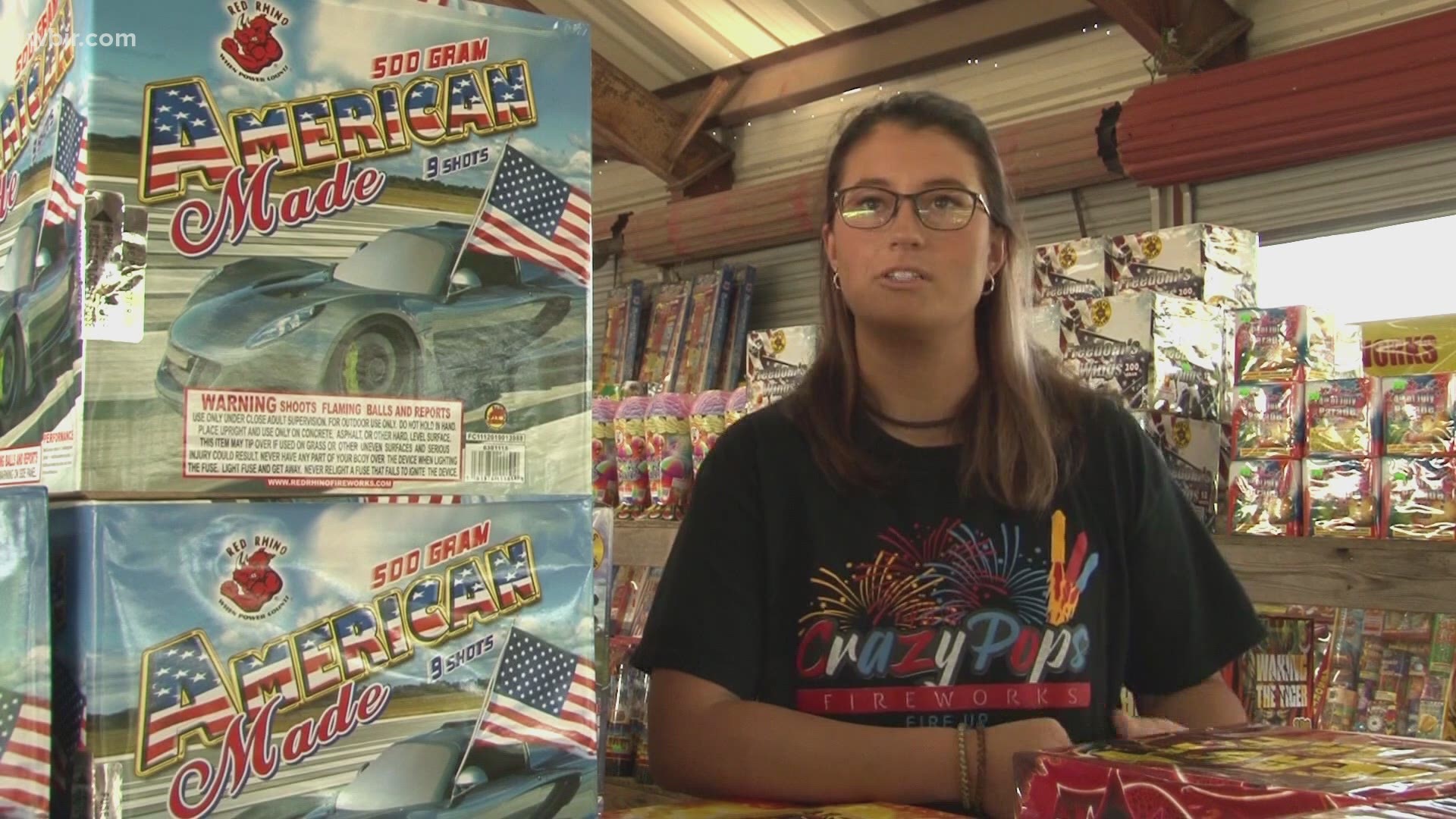 GREENEVILLE, Tenn. — There is a national fireworks shortage this year because of COVID-19, but a fourth-generation fireworks retailer in East Tennessee is working to meet the skyrocketing demand.

Crazy Pop’s Fireworks in Greenback is built on tradition and family.

"It was started by my great grandfather. He started a fireworks company here in Tennessee and now my grandfather, my dad, and my uncle all own the company now," said Kayland Bowling.

Bowling pretty much grew up in the business.

“I have people come in and say 'how old are you now?' And then they'll say they remembered when I was two years old running around," she said.

Obviously, the weeks around the Fourth of July are among the busiest for any firework retailer in the United States. In normal years, they start planning for the next Fourth of July on July 6th.

That planning is what allowed them to open shop with ample supply this year.

"Things don’t get here that quickly, even in years past, but we knew we needed to start a little earlier this year because there would be a shortage,” she said.

Most fireworks are imported from China.

The fireworks industry warned earlier this year that supply ahead of Independence Day will be down about 30 percent this year due to supply chain issues, according to NBC News. Last year, the United States imported about 255 million pounds of fireworks, mostly from China, according to data from the research firm IHS Markit. Companies increased their orders after record-breaking sales last year neared $2 billion, meaning this year there could be a shortfall of over 76 million pounds of fireworks.

But Crazy Pops is locked and loaded.

"We have assortments of artillery shells, different sizes and brands," she said.

Bowling warned that things like bottle rockets and roman candles will be in high demand and short supply this year.

"We have plenty of them, but nationally those are going to be the biggest shortages," she said.

So if you are looking to make a chaotic kaboom this Fourth of July, act fast. Although supply is limited, demand is sky-high.

Before you plan a fireworks celebration of your own, better make sure it's legal where you live. Would you rather let someone else handle the pyro show? Here's a list of local Independence Day celebrations.