Hemp farmers worried about oversupply due to shortage of processors

The demand for hemp is high, and so is the supply. But there aren't enough processors to turn that hemp into CBD products. 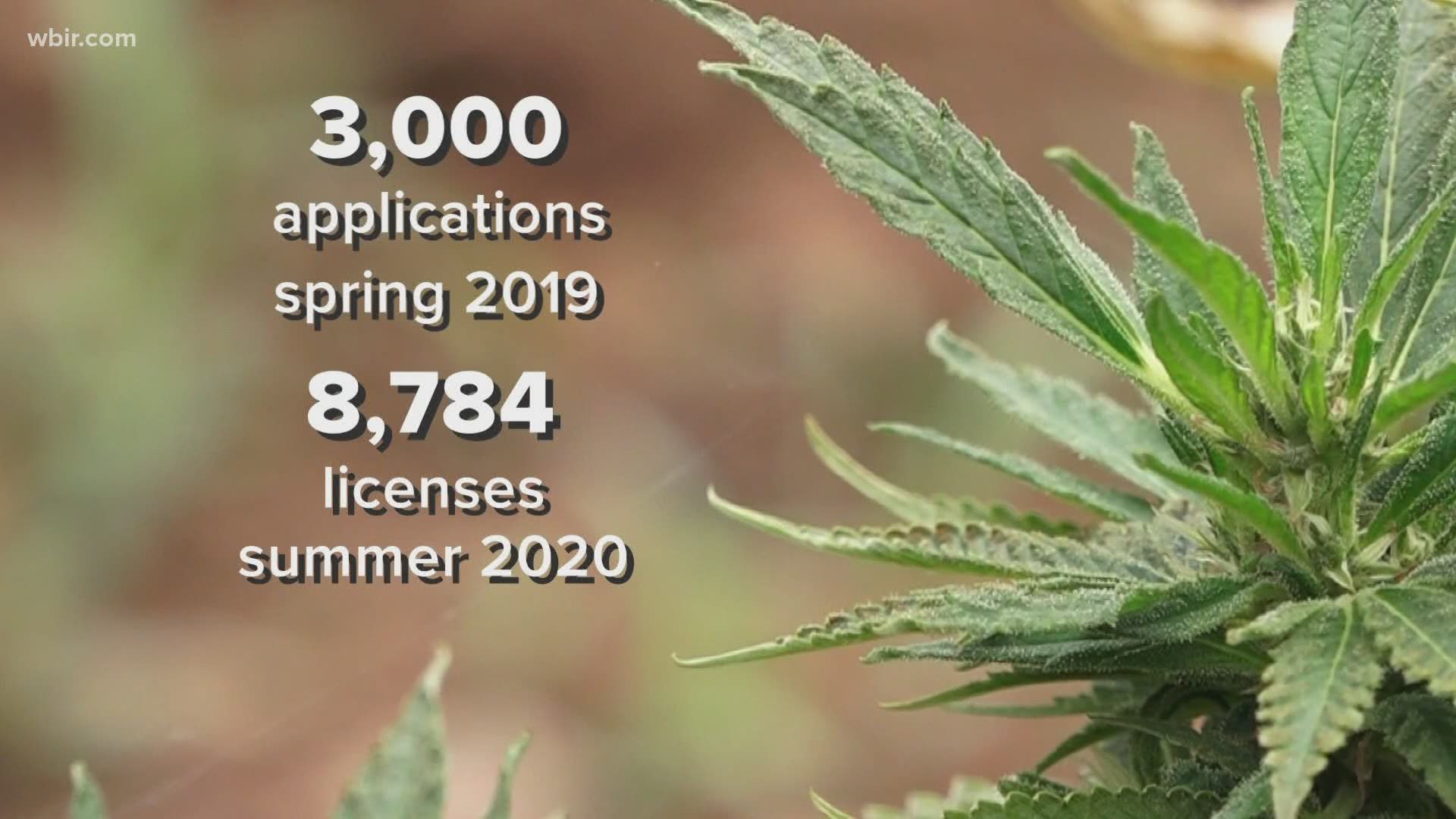 KNOXVILLE, Tenn. — Hemp growers in Tennessee had a June 30 deadline to renew their growing licenses for the upcoming year. Now, some of those growers are choosing not to farm hemp again after a big boom in supply last year.

Mark Lavender has hemp in his East Knox County backyard for the second summer in a row.

"If you look out in the field wherever there is an orange flag there is a plant there," he said.

There aren't as many blooming hemp plants as last year. Drier soil and slow-to-germinate seeds have him behind schedule, but he's still looking forward to the fall harvest.

RELATED: Hemp growing season is underway, and now thousands of the plants are now sprouting in East Tennessee

Lavender is one of the thousands of Tennessee farmers who have renewed their license to grow for another year.

Kevin Dinsmore is the opposite. He chose not to renew his license to grow hemp.

"We're actually not going to participate this year because of the commodity prices are not supporting our labor price," he said.

Dinsmore said with so much supply and so few processors to take it in, he was losing money. His company has hemp growing in Alabama and will continue operating there where they have a confirmed processor set up.

Dinsmore's Knoxville crops didn't have the same connections, as many other first time farmers are learning in Tennessee.

"There will be a lot of people that come out of the market and realize this not successful for them," said Dinsmore.

Lavender was able to find processors last year but ran into a problem many growers ran into.

"We took it to the processors and their investors folded on them and they backed out of the contract so they are now in litigation," he said.

Lavender still has that dried hemp in storage. He made no profit last year.

"We may not do it next year and just hold off and let the market settle back down a little bit," he said.

In the spring of 2019, more than 3,000 hemp growing applications were filed with the Tennessee Department of Agriculture. In June 2020, there were more than 8,784 active permits.

"The problem with the industry is that we don't know what harvest price is gonna be in the fall and when you have an oversupply you are not gonna do well with commodity," said Dinsmore.

Not enough processors are able to take in the hemp, which loses its CBD potency the longer it sits boxed on a shelf.

Lavender and Dinsmore said new growers should have a processor lined up before they plant a single seed in the ground. He also said he is hoping to get his own processing equipment next year to get his products into the market.

Anyone wanting to grow even one hemp plant must have a license through the state.