Liquor supply dripping away due to shortages, while demand soars

Some states are limiting alcohol purchases, but Tennessee has not instituted those kinds of restrictions. 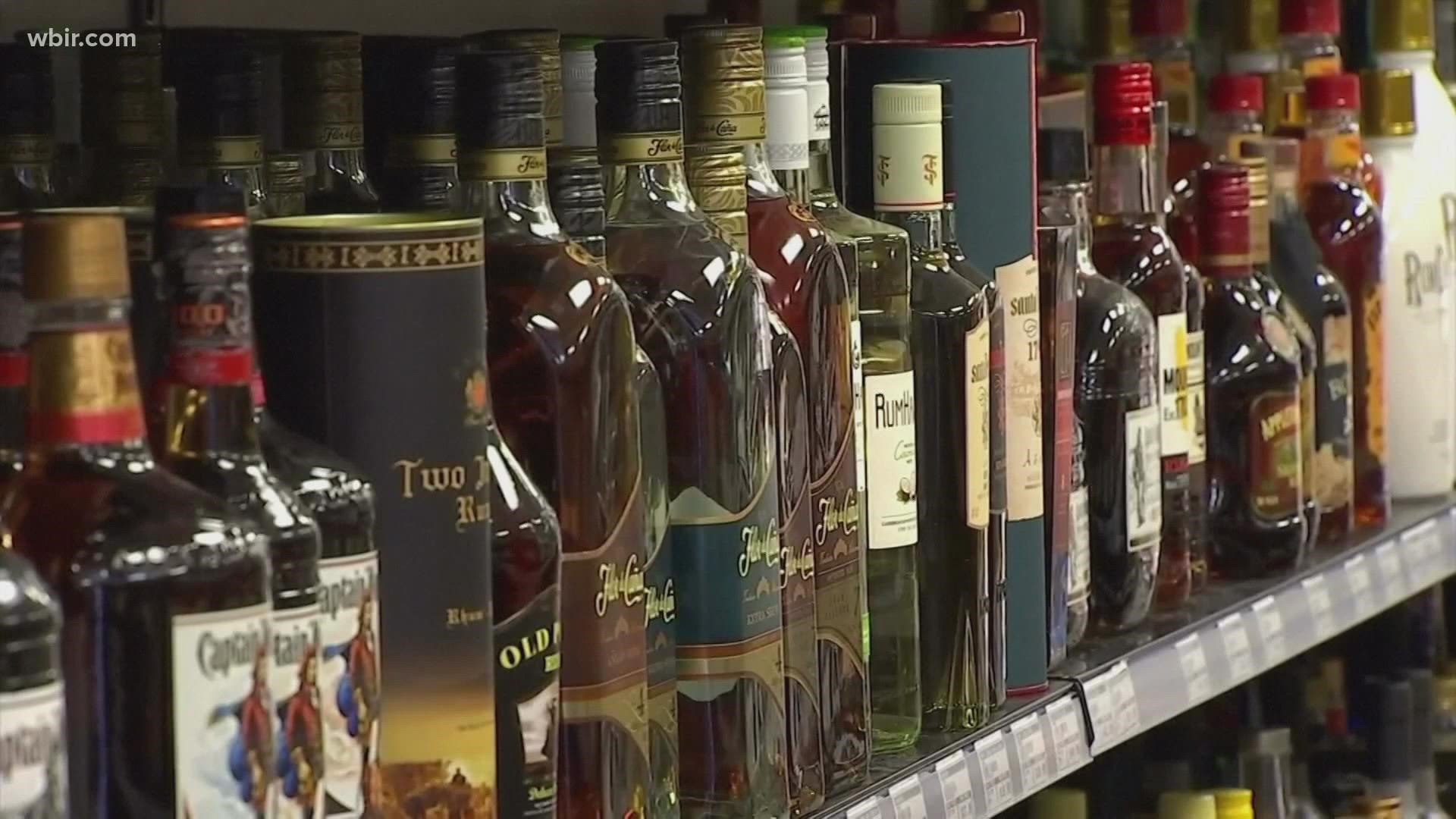 KNOXVILLE, Tenn — Some people enjoy a glass of something strong when they get home from work. But soon, they may have a harder time filling their glasses.

Several states across the country are experiencing alcohol shortages related to the pandemic, and officials said it's unclear when supply will be able to keep up with the growing demand.

An Alcohol and Beverage Commission spokesperson said the alcohol supply shortage is unacceptable and they're taking steps to get bottles back on shelves. But there are continued reports of shortages from Vermont, New Jersey to Ohio that have been selling out more than a year later.

Some states are rationing their liquor supply amid these supply chain issues. The bourbon distiller Buffalo Trace’s product is currently limited to two bottles per day for customers in Pennsylvania, and they are planning on a $1.2 billion expansion. In a press release, the company said it will still be "a few years" before it can fully meet consumer demand.

"Buffalo Trace recognizes this is not the news its fans want to hear for the next few years, but making great whiskey does take time and the distillery is not prepared to cut quality corners to increase short-term supply," the company said.

Liquor supply issues continue as demand soars and East Tennessee isn’t exempt from the impact. Customers ready to relax and unwind may go to the liquor store and look for their favorite bottles, only to be met with an empty shelf. For many people, it is a common and unwelcome sight the past few months.

"We order stuff and I don't even think the distributors know what's coming in," said Toddy’s Liquor and wine owner John Cook.

He said that the shortages can lead customers to try other brands, but also warned that those brands could eventually run out too.

Reasons behind the shortage include aspects beyond the juice. Other issues are packaging and deliveries. Cook said they've been dealing with the shortage and delivery issues for nearly six months.

Part of the problem stems from basic supply and demand dynamics. The pandemic disrupted global supply chains needed to make and bottle liquor.

"My salesperson comes in and typically sells me 40 cases of 175's, Crown Royal. Now he can only sell me one," Cook said.

All while people are drinking more and drinking from home.

“We were setting records last year, we were selling more than we’ve ever sold,” Cook said.

Recent sales at ABC stores were up 38% compared to July 2019, according to data. A local alcohol supplier, Max Vogel, said there's no end in sight either.

He said they've had to get creative trying to sell alternatives but for some liquors, there’s no replacement.

"We've seen it on our paycheck for sure," he said.

A spokesperson for the ABC Commission called the current situation "unacceptable.” The ABC Commission recently allowed distilleries to ship directly to consumers. They also said they are closely monitoring the performance of the newly hired company and are working directly with suppliers and ABC boards to find solutions to specific problems.

According to data from ABC, Tennessee has not been hit as hard from the shortages. They expect the nationwide issue will likely improve as the economy gets back to normal.