Above average temperatures are helping some businesses thrive. But for more traditional winter activities, warm spells can be challenging. 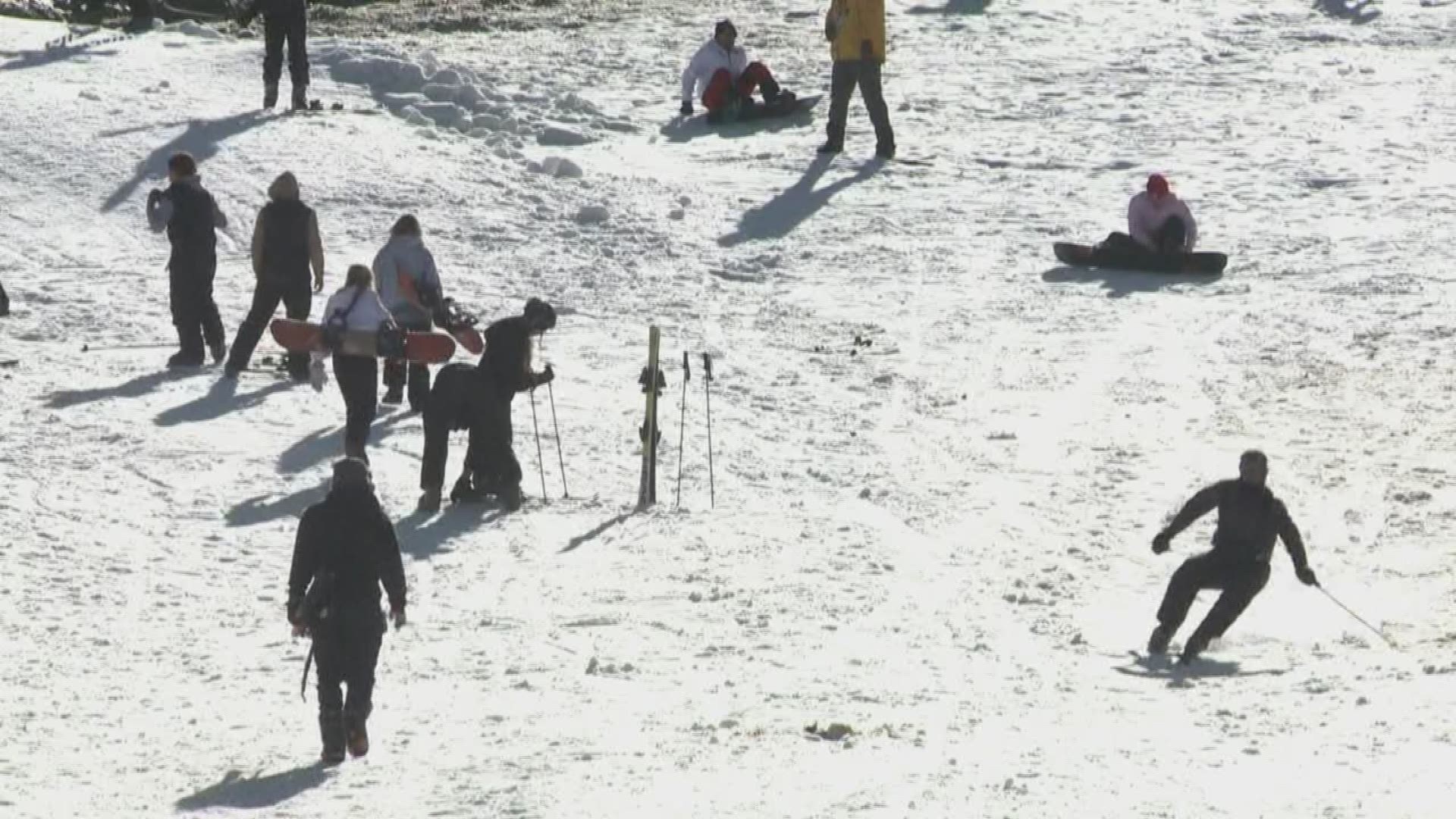 SEVIER COUNTY, Tenn. — For most of January, temperatures across East Tennessee have been above average and Saturday's high of 77 degrees was no exception.

It tied the all-time record high for the month of January set in 1950, and is the warmest local temperature ever recorded this early in the year.

"Warm weather is always better when you're in a Jeep, so it's helping us quite a bit," said Matt Auberle, general manager of the Smoky Mountains Pink Jeep Tours. "When it's in the 70s, we'll get three to four times the business because people want to do something outside."

RELATED: Sick of East Tennessee's weird winter weather? Sure. But it's unlikely to be why you're feeling sick.

"Warm weather always helps us because we'd like to have the sides open on the Jeeps," Auberle said. "Compared to some of the other places that people are from, our weather's pretty good."

A spokesperson for the Rocky Top Mountain Coaster said they've seen a positive impact on business too.

"It helps us brings a lot of customers," employee Manny Rosa said. "Especially people just driving by or people that are looking to do stuff outside with their family and kids."

A few unseasonably warm days at Ober Gatlinburg in December forced the business to temporarily close its ski slopes. Unusually warm January weather and heavy rains have prevented it from making more snow.

RELATED: New Anakeesta tower will be the tallest point in downtown Gatlinburg

"We're more traditional in the sense that we just need cold temperatures," Ober spokesperson Kate Barido told 10News earlier this month. "Once the temperature drops, we can turn on fan guns and then we're able to put down a good snow."

Ober's website said it hopes they can resume snow-making on Saturday, January 18. Even so, that might not be enough.

"One night of snow-making is not likely enough to reopen the slopes," Ober wrote. "We need those temps to continue at least a couple of days (or nights)."

Ober Gatlinburg's snow tubing hill is still open. That's because its snow magic machines on the lower slopes can make snow in temperatures up to 70.