This is 'After the Party' - a feature by WBIR that explores how one Tennessee family is dealing with the rising cost of a college education. 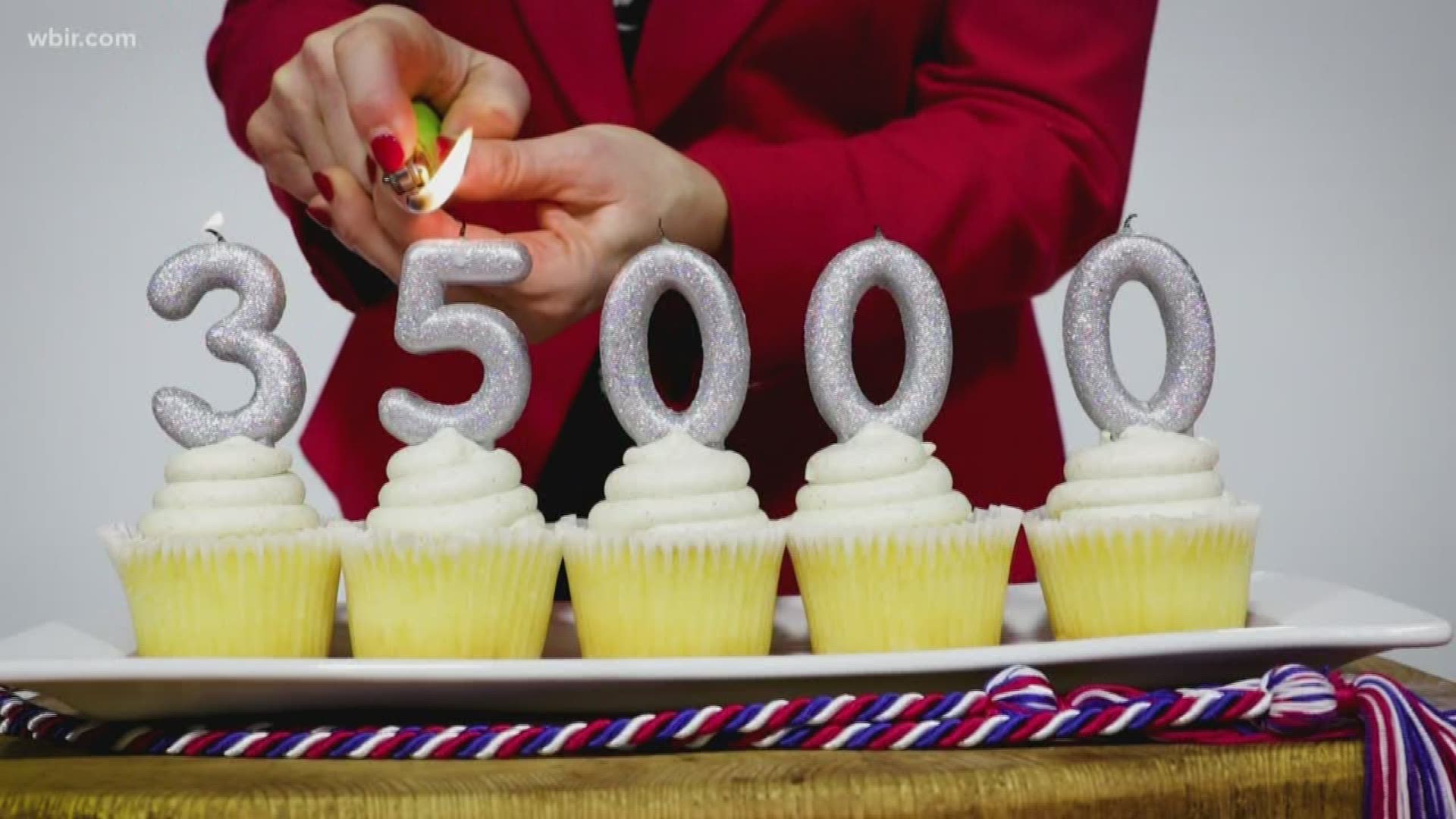 Congrats, grad! You’ve got four years of hard work behind you, and a lifetime of possibilities ahead. The world is your oyster with this fresh diploma in hand, and it’s not just the guest speaker at commencement telling you so.

Cut the cake! Your work here is done!

As the glow of graduation fades into memory though, an increasing number of Americans are finding memories of campus aren’t the only thing lingering after college. That nice-looking diploma has a few scarier statistics:

People are continuing to seek out the comforting statistics of higher education despite the hefty price tag, but the burden of student loan debt is becoming too much for one generation to bear.

Increasingly, parents have to pay off not just their own debt but that of their children as well.

It's an issue millions are dealing with, but it can be very difficult to talk about. A few weeks ago, we reached out to many of you on Facebook about what it is like living with what’s becoming a certainty of debt for many Americans. 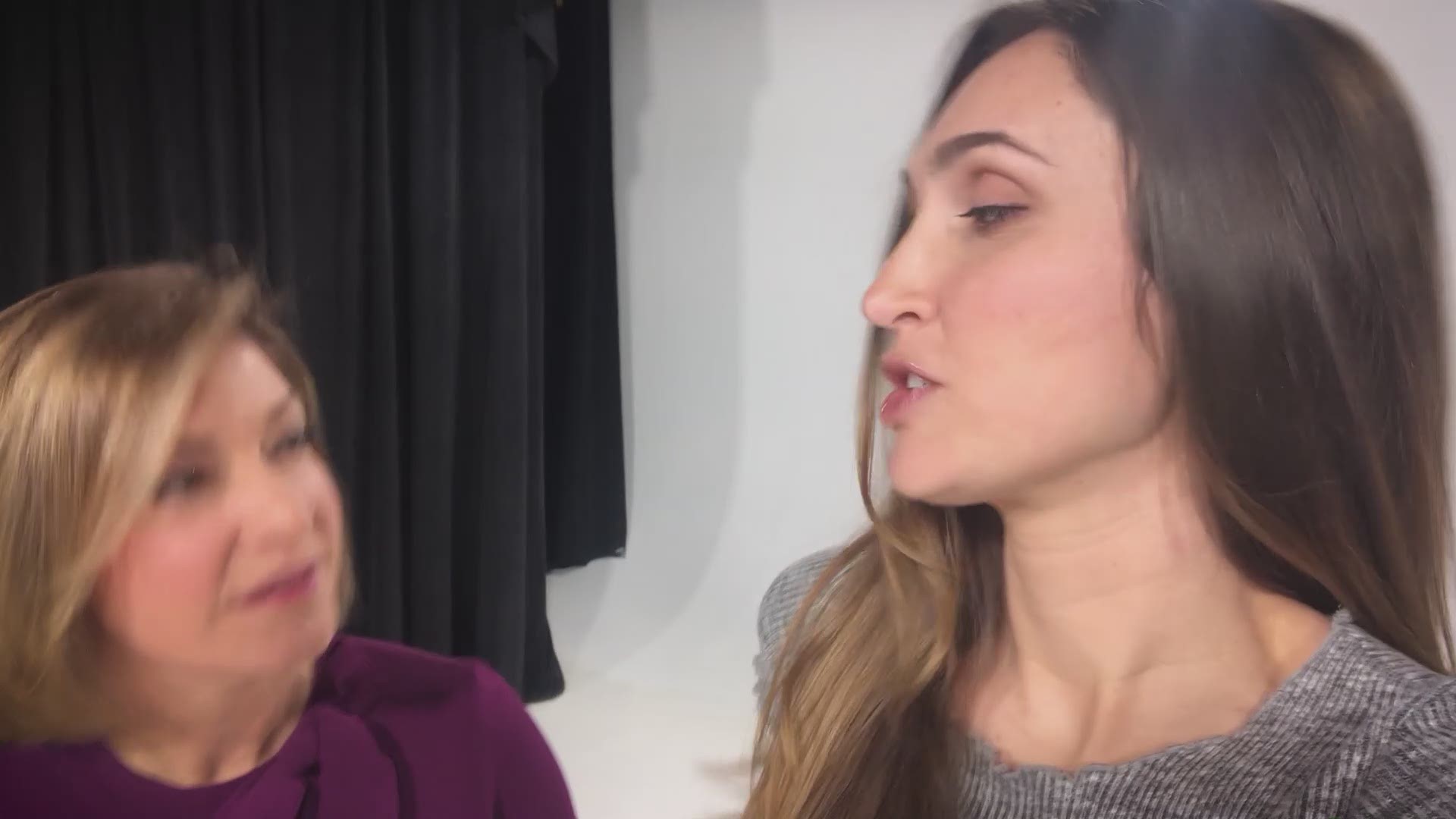 Many of you commented.

Only one family was willing to speak.

Meet Kris and Lena, a mother and daughter duo who are - like many other families - navigating life with rising student debt.

A DAUGHTER WITH A DREAM

As a child, Lena Jerkins was one of those kids that would shrug her shoulders if you asked her what she wanted to be when she grew up.

“I never really knew, as a kid growing up, what I wanted to do,” she said.

By the time she matriculated from Hardin Valley Academy last year, this once uncertain teen now had a clearly defined passion she was set on pursuing as an adult.

“My first real passion is Chinese,” Jerkins said. “My sophomore year of high school I went to Taiwan. And after establishing connections where I could use what little Chinese I had, it really opened my eyes to the world around me... outside of Knoxville. Outside of the U.S.”

She sought a curriculum that would enhance her abilities on a deeper level, and found it just four hours away from Knoxville, at a prestigious flagship program at Western Kentucky University.

“For Chinese Flagship, you have to have another major on top of Chinese, because they don’t want you to just major in a language,” she said. “They want you to be able to go out into the world and use your Chinese for everyday jobs

The program is both rigorous and rare. Only a handful of programs in the United States offer a curriculum similar to the one at Western Kentucky University, which ensures students have practical knowledge of the language.

“Flagship is designed to be a high-speed, high-intensity environment. They make sure you focus on your language,” Jenkins told 10News over the phone between classes. “I have Chinese class every single day, with tutoring over the week.”

A double major in Chinese and interior design, Lena is balancing daily nuances of life as a freshman with the high demands of her program.

But following her dreams doesn’t come without a cost. For every day that Lena spends honing a skill and craft necessary for her to live out her dream, she accumulates debt.

“I knew going into college I would have to take out loans, and when I was in high school I knew,” she said.

This is not a journey Lena is going alone. Her mother is right there with her.

Four hours away from Western Kentucky University, Kris Swiemler, has a schedule as packed as her daughter.

There are groceries to buy, food to prepare. And - as always - bills to be paid.

With Lena in college, Swiemler sometimes has to pick and choose.

Tuition at Western Kentucky for out-of-state students like Lena is a lot: about $26,000, though her daughter receives about $6,500 in scholarship money.

Swiemler is still paying off her own student loans but is doing what she can to help her daughter. Right now, Swiemler estimates her daughter owes about $8,000 in debt.

But with each passing semester, the bill just grows.

The amount of debt Sweimler estimates Lena will accumulate during her time as an undergrad is still $15,000 below the national average of $35,000.

The family’s statistically small amount is still agonizing though, and that fact is not lost on Lena.

“I will say, the moment I hit the full amount for freshman year for undergrad, that hurt a little bit,” she said.

Though she focuses on her studies, Lena also does what she can to help shoulder the debt.

“Being raised by a single parent, she completely knows about debt and bills,” Sweimler said. “She started working when she was 14, she did that on her own and got her own job.”

While Lena hopes that work ethic she was born with will help her get rid of the debt, it has made her change the way she sees work.

Whereas in high school she took on jobs because she wanted to, she now feels they are a necessity.

But it’s a price both Lena and Kris are willing to pay to turn her dreams into a reality.  In a little under a year, Lena has already made strides in her speaking ability.

“In the past year or so, I’ve been able to truly hold a conversation... text people. It makes me kind of think differently about certain things. To think more critically,” she said.

In the coming years, there is more of that in store for Lena. The flagship program also necessitates that she will go abroad again, and she will continue fostering connections that will prove critical for her future.

For Kris, watching her daughter shine from afar makes the debt worth it.

“As long as she's doing what makes her happy, we'll figure it out."

WBIR's Robin Wilhoit and Madison Stacey sat down with three financial aid experts to bring you some tips that can help navigate student loan debt. 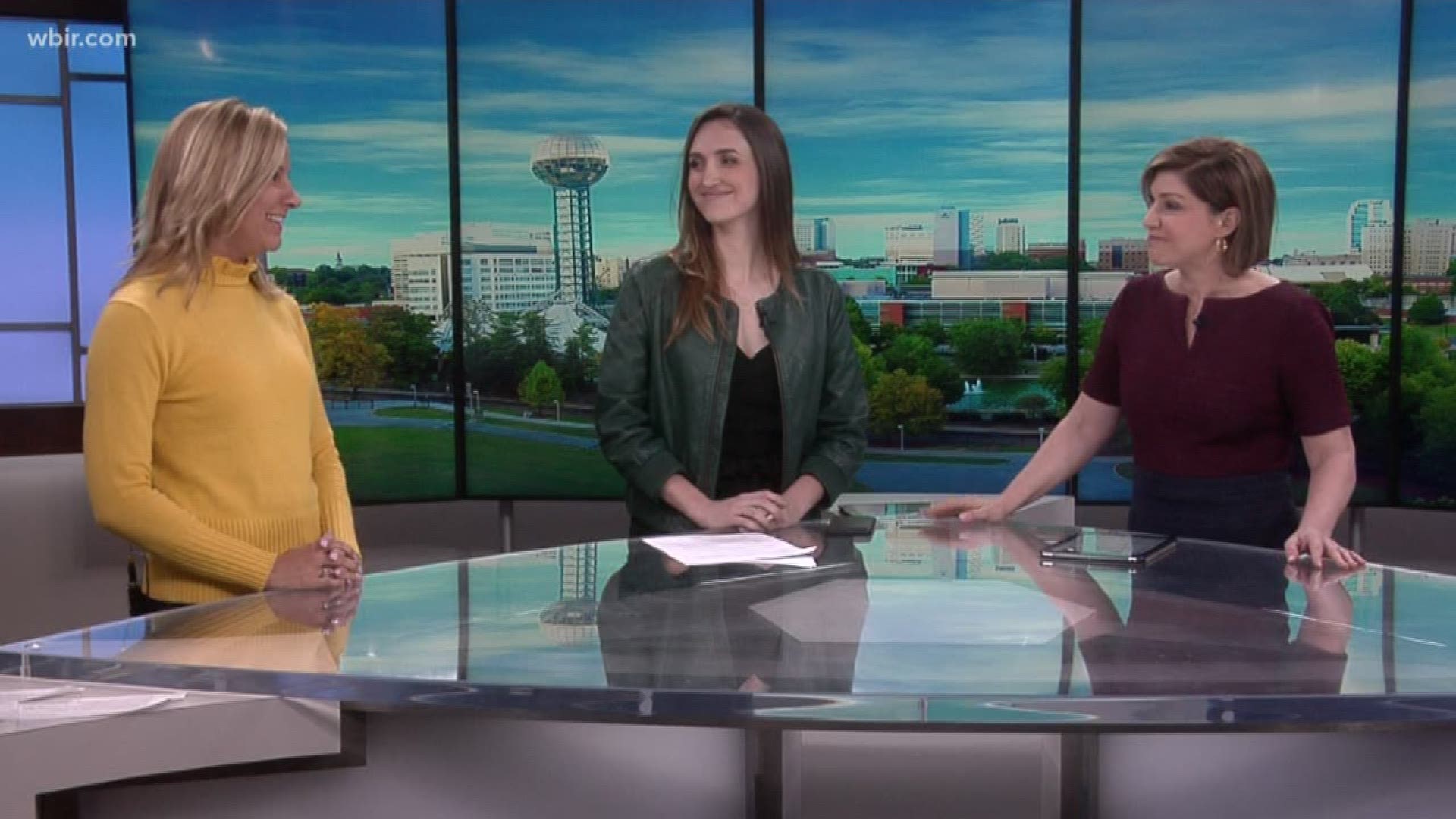 Phillipia Satterwhite is the Coordinator of Financial Wellness and Education. It can be useful, she said, to conceptualize debt not as a burden, but as something you can do for yourself.

"If you think about it in terms of you're helping yourself it's not necessarily a scary thing," Satterwhite said.

Part of Satterwhite's job is to communicate the realities of student debt to students at the University of Tennessee as part of the university's Financial Wellness and Education Center. Often, she said, people see debt as a burden when they can actually do something about it.

"I think sometimes feel they have to pay other things first," she said. "You should be paying yourself first, so putting money aside for your own goals."

Richard Smelser, Financial Aid Director at Pellissippi State Community College, said it's also to look at the logistics of minimum payments. Even adding $10 to a minimum payment could pay off down the road.

"Sometimes it's explaining to students if a made just ten dollars more a month on a payment it's going to reduce the interest and everything for that," he said.

2. Think of it as an investment.

"There's this misconception that all loans are not good, but we want you to realize there is responsible borrowing," Satterwhite said.

In their interactions with students, both Satterwhite and Smelser said one of the most common myths about student loan debt is that taking any amount out is bad.

That's not true, they said. Done correctly, taking out loans can actually help you achieve better credit. The education you get because of the debt, said Smelser, may also be worth it.

Thinking of student debt as an investment can also help people take charge of their debt. Another common myth, Smelser said, is that the government will absolve you of debt upon graduation.

3.  Have a plan and communicate.

Statistics show parents across America owe about $89 billion in student loan debt. That means they are not only trying to handle their own debt, but their children's as well.

"Students may have one set of expectations, parents have another," Satterwhite said. "So a parent might say I want to help you with college, they may think help means everything."

Having clear expectations can begin a conversation about real and achievable goals. But just how early should parents start saving for your child?

"As soon as the baby is born," Satterwhite said. "Time is going to be your biggest asset. The more time you have to plan the better off you have in terms of options."

RELATED: Her bank account was drained of $2,000 in 30 minutes, BB&T warns about bank scam text