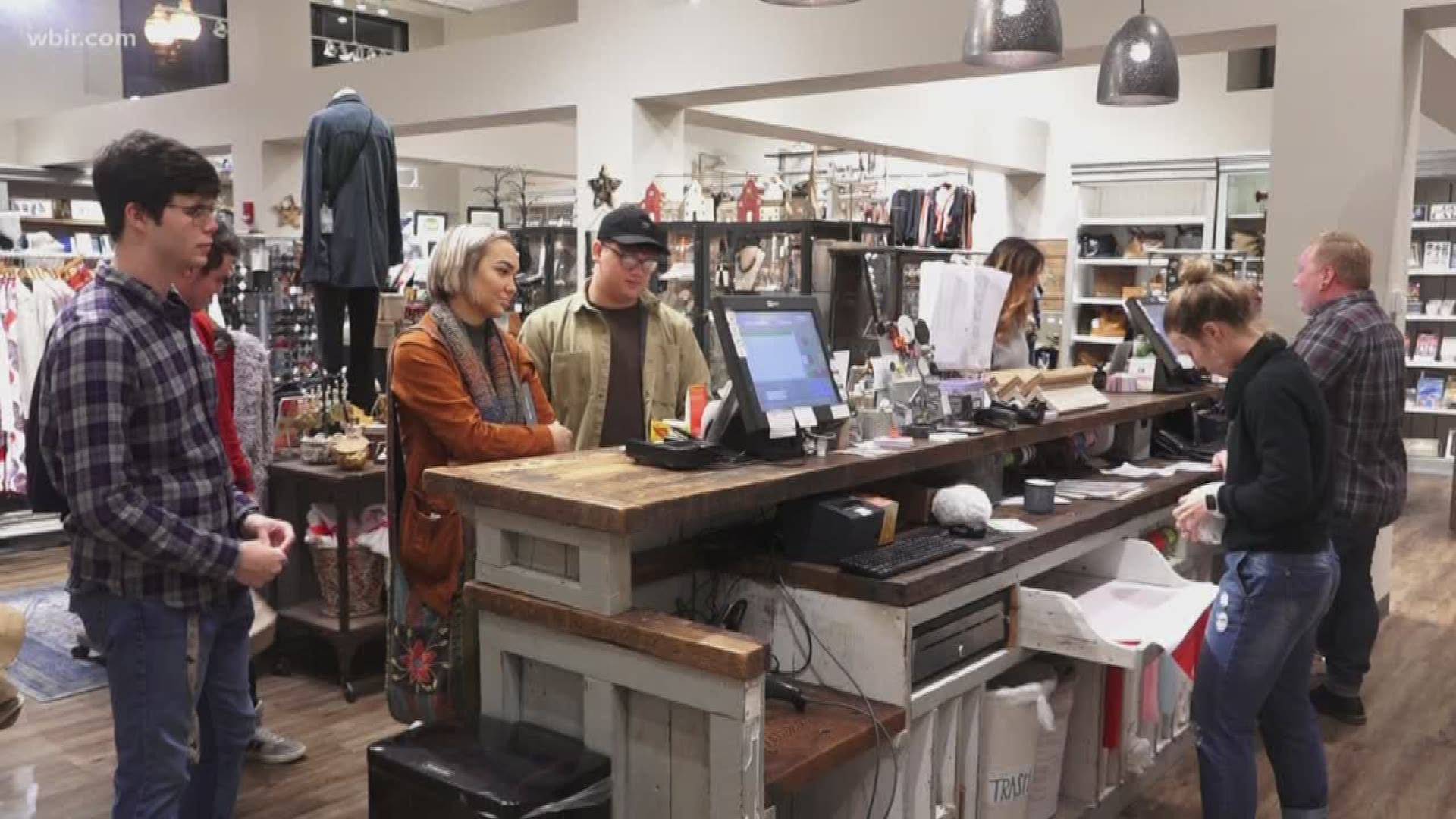 Local retailers are excited to hear the predictions for a healthy Tennessee economy in 2019.

According to a new report from UT's Boyd Center for Business and Economic Research, it's predicted 43,000 new non-farming jobs will be available across the state in 2019.

That growth will start slow, but still be on the rise next year.

Starting Black Friday, he said business has been a little crazier than normal.

"We have a lot of great things that people want," said Morrissey. "It's a combination of kind of the community feeling of Gay Street, the allure of downtown. Everything's just working together for us."

This fashion retailer is not alone.

The National Retail Federation reports the average American will spend $1,007 on all things Christmas this year. That's up about $40 from last year.

"Apparently we're, you know, on the rise," said Morrissey. "We're on an uptrend and I think it's spelling out improvements going forward."

The same is true for the broader economy. The UT report predicts economic growth in 2019 won't be as robust as 2018, but it will still increase for most businesses.

"It's gonna be another good year for the state and the national economies," said Matt Murray with UT's Boyd Center. "We do expect economic growth to slow a little bit from the very heated pace of 2018. Not a bad sign."

Despite a slower pace, economists at the Boyd Center said the next year will bring tens of thousand of new jobs to the state.

That should draw more buyers into retailers like Bliss.

"I mean, you know, anything comes with ebbs and flows," said Morrissey. "We love the way everything's going. It can only go up from here."

And the last minute shoppers are like end of year bonus, signaling what's to come in 2019.