The proposal added $1 million to give 820 Knox County Sheriff’s Office deputies a $1,500 bonus to be paid out in early December. 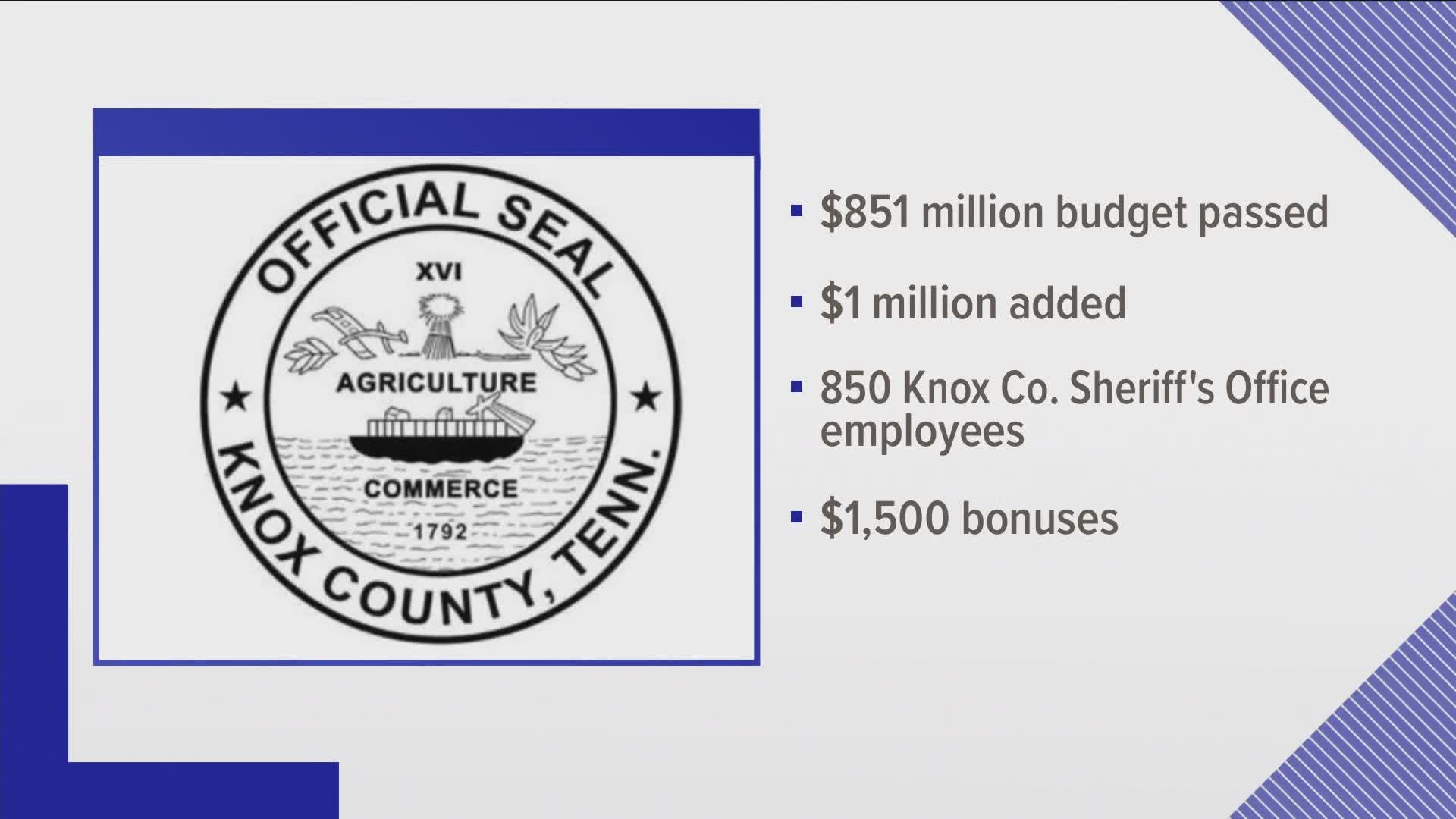 KNOX COUNTY, Tenn. — On Wednesday night, the Knox County Commission, in a 7-2 vote, amended the FY20-21 budget proposal by $1 million to give 820 Knox County Sheriff’s Office deputies a $1,500 bonus to be paid out in early December.

The increase would be offset by drawing out of the unassigned fund balance. Two commissioners abstained from the vote, according to a release from Knox County Mayor Glenn Jacobs' office.

“We need to retain our employees those good employees to keep them from going somewhere else and then it wasn’t me fighting against commission I don’t want anybody to think that that’s why it was because I understand there how tough it was for them," Sheriff Tom Spangler said.

Commissioner Hugh Nystrom said it is a working budget and he is thrilled it passed Wednesday night.

No other changes were made to the proposed budget. The full $851 million budget passed during the meeting.

“We have no raises for any other county employees. We have a hiring freeze across-the-board just trying to keep the county and the fiscal position because we don’t know what the future holds," Jacobs said.