Originally intended for Oak Ridge, developers have moved and expanded the project to land just off I-40 in Cumberland county 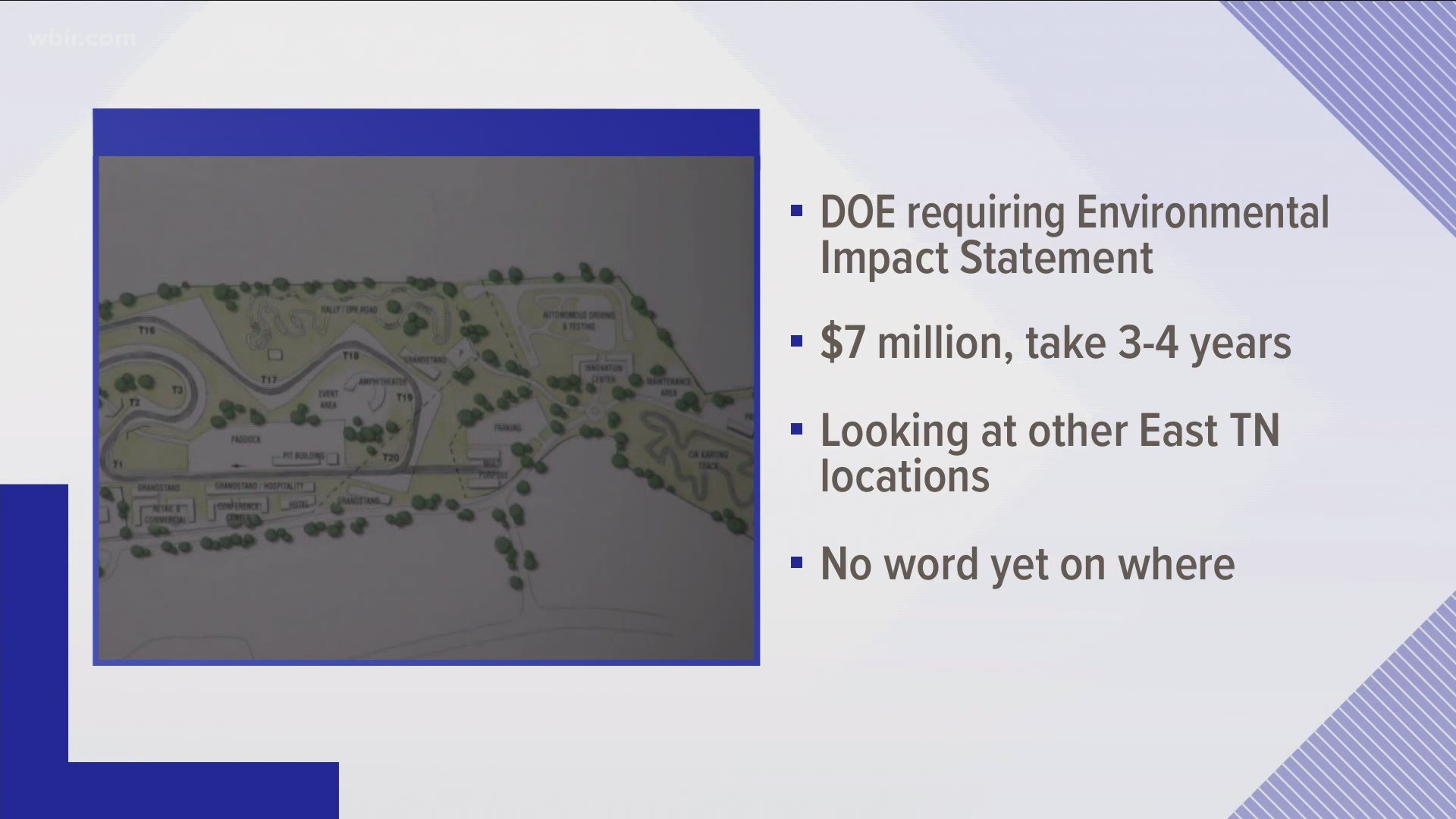 The "sprawling entertainment and leisure destination" would be built on a 773-acre tract of land located off I-40 at the Westel exit.

“A Tennessee motorsports park is a legacy project for me,” said developer Rusty Bittle of Flatrock USA. “The State of Tennessee has a reputation for automotive excellence, we are leading the way on advanced transportation technologies like electric vehicles, lightweight composites and artificial intelligence. A motorsports park will help the state and Plateau build an international reputation for next-generation transportation technologies and become a tourism destination for automotive enthusiasts.”

The land was previously owned by the Plateau Park Partnership, a joint effort by Roane, Morgan, and Cumberland counties to purchase the land and market it for development.

“The Plateau Park Partnership was thrilled at the prospect of Flatrock locating to our site,” said John Davis, chair of the Plateau Park Partnership. “This property sat vacant since well before 2007, we had multiple prospects but the hilly terrain and lack of utilities to support a large manufacturing facility ultimately caused those prospects to walk away. The terrain is actually an asset for Flatrock and a leisure and tourism destination that leverages our state’s strong automotive industry will provide high-quality economic development for the entire region.”

The motorsports park was originally intended for Oak Ridge but fell through earlier this year when leaders learned they would have to spend an additional $7 million dollars on an environmental impact study that could take 3-4 years to complete.

Flatrock said the six-mile track will incorporate the rolling landscape and be surrounded by a paddock area that will include race control, hospitality suites, meeting spaces, rooftop viewing, private garages, and an FIA Certified Kart Track for public use and corporate team building events.

With twice as much land available in Cumberland County for the project, the original proposal has expanded from just a motorsports park to include additional amenities. According to a press release, the project could also eventually include an "amphitheater, winery, landmark hotel and conference center, a destination restaurant with a brewery, Innovation Center and museum, retail center, clubhouse with amenities, campground, adventure activities, multiple types of residential properties, farming to provide many of the needed meats and produce for on-site restaurants, helipad and an observatory on the highest point of the property."

Developers plan to break ground later this year with the motorsports park projected to be completed in phases, the first as early as next summer.

A previous study estimated the track and paddock are could generate $93 million in its first five years and up to $110 million under a best-case scenario, according to a press release.

"Similar concepts in the Southeast have resulted in a positive economic impact for their host communities. The Greater Birmingham Visitors and Convention Bureau calculated the Barber Motorsports Park had an economic impact of $1.17 billion, including some $122 million dollars of tax revenue generated in state and local taxes during a ten-year period from 2003-2012. Additionally, the Atlanta Motorsports Park in Dawsonville managed to sell $8 million in condos in a two-month period during the global pandemic of 2020," the press release said.