A new study conducted by the U.S. Congress Joint Economic Committee shows local economies across the nation could lose more than $12 billion. 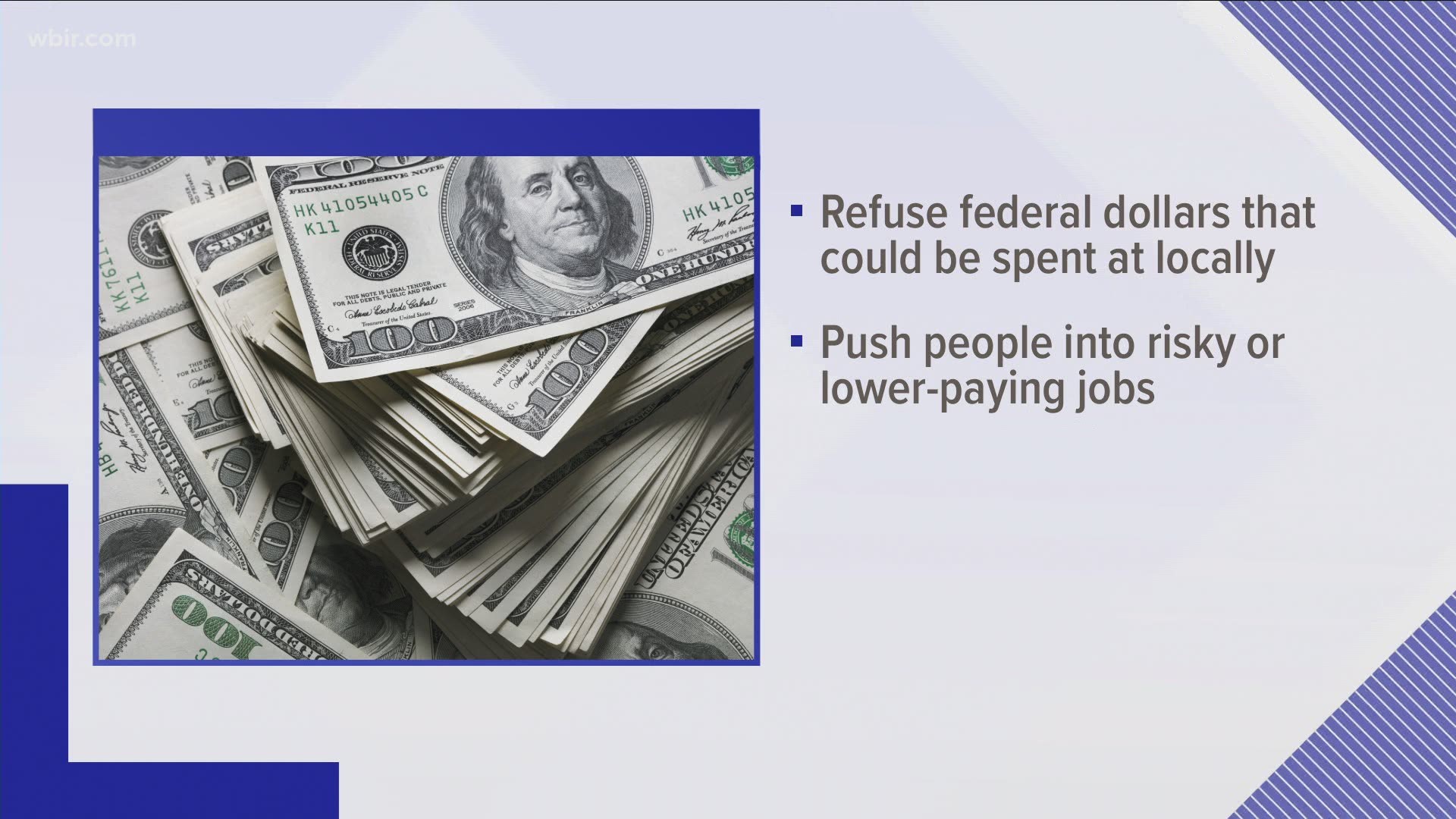 A new study shows Tennessee's economy is at risk of losing nearly $486 million once federally-funded unemployment benefits end next month.

Gov. Bill Lee announced in May all unemployment benefit programs across the state will expire July 3. Cutting the compensation is part of Lee's plan to get Tennesseans to "return to work."

But a new study conducted by the U.S. Congress Joint Economic Committee shows local economies across the nation could lose more than $12 billion as more states choose to end the enhanced benefits.

“By ending these programs early, states are refusing billions of already appropriated federal dollars that could be spent in local groceries, restaurants and retail shops,” the report says.

The study predicts Tennessee's economy would lose $485,829,041 by enforcing the cuts.

“Cutting benefits early in order to push people into jobs that don’t work for them (e.g. pay too little, endanger their health, are not geographically proximate, etc.) risks reducing demand in local economies, foregoing the potential for future better earnings, and ultimately constricting the economic recovery from the coronavirus recession.”

Since May, Democratic Caucus leaders have slammed Lee’s decision to end the benefits, calling the move "legislative violence."

“More than 200,000 Tennesseans have been laid off since Jan. 1 and the Lee administration just made the irresponsible decision to punish their families in a time of need," Sen. Raumesh Akbari, chairwoman of the Senate Democratic Caucus, said. "That’s not leadership, it’s legislative violence. This callous decision highlights just how out of touch this administration is with the lives of everyday Tennesseans.”

Local pastors even called on Lee to change his course of action.

Read the report by clicking here.