Elaine Weiss is an expert when it comes to the story of women's suffrage. She shared what that story looked like... and how East Tennesseans played a pivotal role. 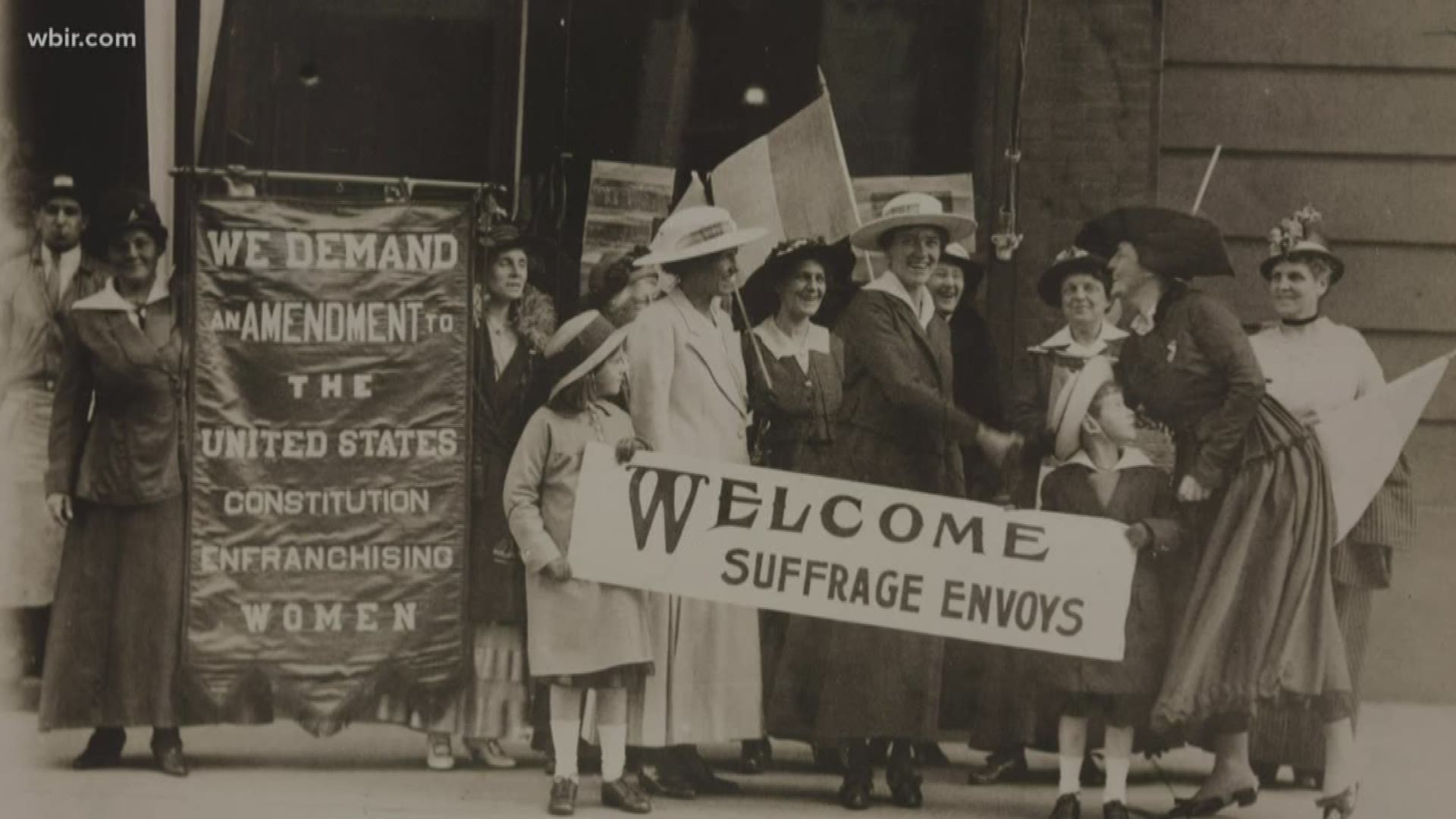 PIGEON FORGE, Tenn. — Elaine Weiss is known for telling the story of women's right to vote.

"It's a fight that took seven decades to win," she said.

"We'll be celebrating the centennial of the ratification of the 19th Amendment," Weiss said.

To ratify the 19th Amendment, Suffrage Coalition president Wanda Sobieski said 36 states had to vote... but at the time, only 35 were willing to do so.

"They needed one more state and they picked Tennessee," Sobieski said.

McMinn County's Harry Burn became the deciding vote, which she said was a surprise. The story goes like this: At the time, Burn wasn't too keen on the idea.

"He had been anti-suffrage throughout the whole campaign," she said.

Until he got a letter form his mama, Ms. Febb Burn. That letter, Sobieski said, changed the game.

"It looked like suffrage was going to fail... and a young man from East Tennessee," she said. "His mother to nudged him with a letter urging him to be a good boy."

In the letter, Ms. Burn literally told her son to be a good boy. As the history books note, that's exactly what he did.

"He switched his vote, broke the tie and 27 million American women gained the right to vote," Sobieski.

After much research and several books, Weiss said that's a history to be proud of.

"Tennessee is the last, but it was pivotal because it put it over the top," Weiss said. "There's something very brave about what Tennessee did."

She wants people to remember the struggle that came next.

"It's a very sad story, because although the 19th Amendment gave all women the right to vote, there would be Jim Crow laws that would prevent women from exercising their constitutional right," she said.

One hundred years later, Weiss believes there is still more to be done... But it's work she's willing to do.

"We can make change. We can make our society better, but it's going to take work," she said.

Weiss has a new book called "The Women's Hour: The Great Fight to Win the Vote."