There were five injury accidents and six property damage incidents during the four-day period. 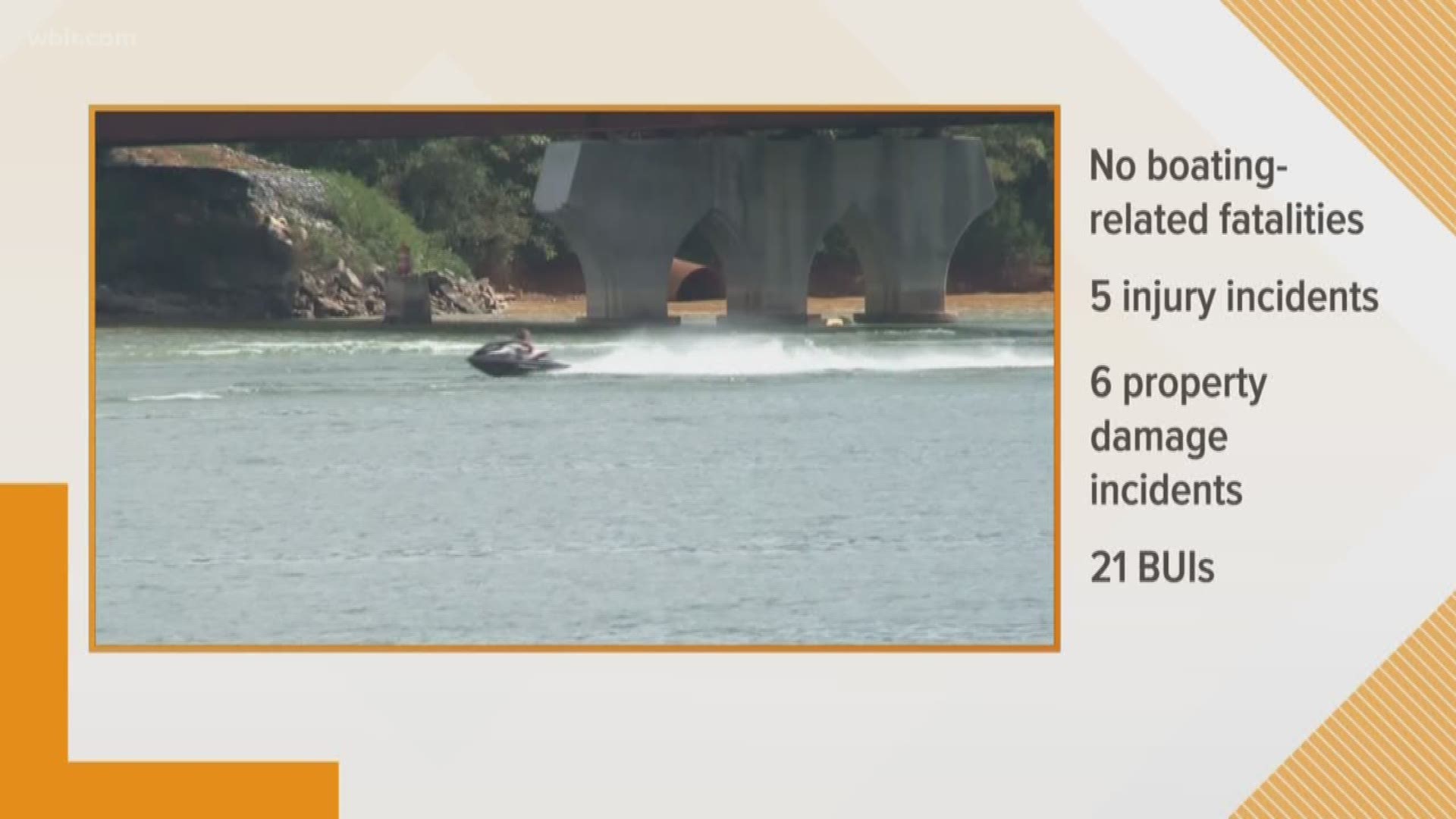 NASHVILLE, Tenn. — 2019 marks the fifth year the Tennessee Wildlife Resources Agency did not see any boating-related fatalities over Memorial Day weekend, a news release from the agency said Friday.

There were five injury accidents and six property damage incidents between May 24-27 in the state, with two the injuries and five of the damage incidents occurring in TWRA Region IV in East Tennessee, the release said.

TWRA officers made 21 boating under the influence arrests during the holiday weekend, the most since 2016, when the same number were arrested.

10 were arrested with a BUI in 2018 during the weekend, which TWRA partially attributed to rainy weather that kept people off the water.

The most arrests occurred in Middle Tennessee, with eight coming out of TWRA Region II.