The station will create hundreds of full-time and part-time jobs, paying a minimum of $15 per hour and offer a variety of benefits packages. 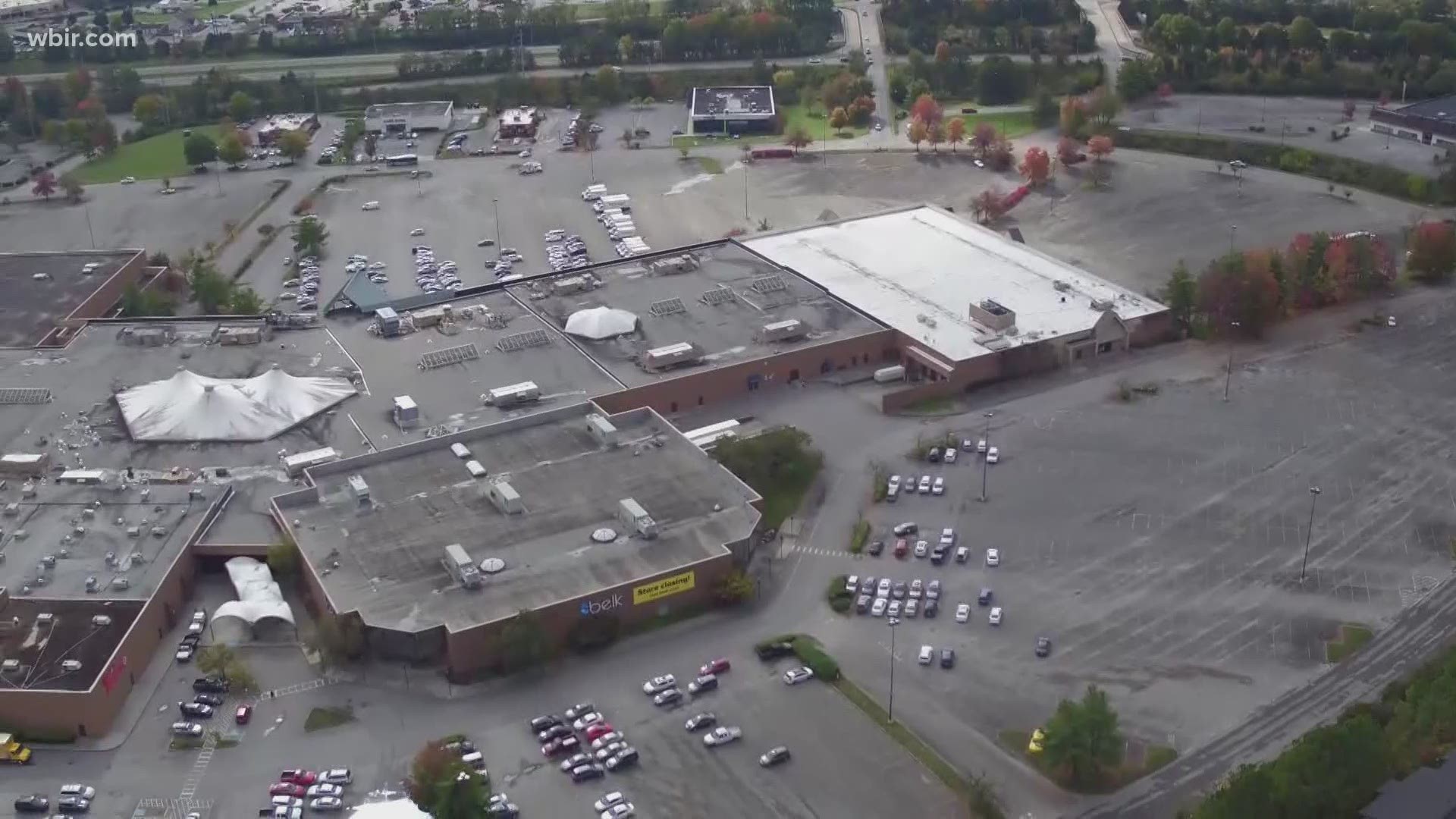 According to a press release, the new delivery station will be in the former Knoxville Center Mall location, five miles east of downtown Knoxville, and will power Amazon’s last-mile delivery capabilities to speed up deliveries for customers in the Tennessee Valley.

The mall, formerly a bustling center for shopping in East Knoxville known as East Towne Mall, fell on hard times in the last decade and finally closed its doors in January of 2020.

Vice President of economic devolvement for the Knoxville chamber Doug Lawyer who played a direct role in the process of bringing the center here said it's a win for the city.

“Amazon announcing the location of a delivery service center here in Knoxville is a huge, huge win for our community,” said Lawyer.

Four parcels of land have been acquired for the Amazon project in sales totaling $22.1 million, according to records.

The main mall site was sold by Millertown Pavilion LLC for $14.5 million.

Three big-box stores also owned their own parcels — Dillard's, Belk and Sears, according to McBride.

The Belk property sold for $2 million; the Sears property went for $4.5 million; and the Dillard's piece went for $1.1 million.

The station will create hundreds of full-time and part-time jobs, paying a minimum of $15 per hour and offering a variety of benefits packages from day one, officials said.

But more jobs will open because of the move such as construction workers building up the new facility.

“We're talking about an impact of over $40 million in new wages coming into our community. So that's both the jobs that Amazon is going to create and then all of the indirect jobs that will support this center,” said Lawyer.

With the new delivery station also comes more traffic for the already existing business in the area.

“The restaurants, the retailers, they're already there, surrounding that mall property, I think we'll see a boost in sales and traffic," Lawyer said.

Not only will it bring more jobs, but it will also bring faster deliveries for the surrounding areas.

“This will enable them to get their packages to the customers, to do it by hand with everybody in the audience, potentially a lot quicker than we're accustomed to," said Lawyer. "It'll certainly will enhance delivery time. Absolutely."

The new Amazon facility will be more than 220,000 square feet, Lawyer, who has been working on the deal since April of 2020, said that no matter how you look at it, the move is worth celebrating.

“This is a huge win for the city of Knoxville and Knox County," he said. "Anytime a company makes an announcement like this, we celebrate.”

“Knoxville Center Mall, at one time, was the epicenter of our community. Even though the mall is gone, it’s great to see this property being put to good use. This much flat land isn’t something we have a lot of in Knox County. We are thrilled to have the delivery center utilizing the space and excited about the hundreds of good-paying, well-benefited jobs that will be available," said Knox County Mayor Glenn Jacobs.

The delivery station is expected to open in 2022, officials said.

A warm welcome to Knoxville, Amazon! Great to see the East Town Mall site coming back into reuse. Hundreds of new jobs to come!https://t.co/NvQDFd6Boe