Ax throwing, seafood and sushi: New businesses to look out for in Knoxville

In the coming months, new restaurants, retail and entertainment venues will open their doors across the city in a big business boom. 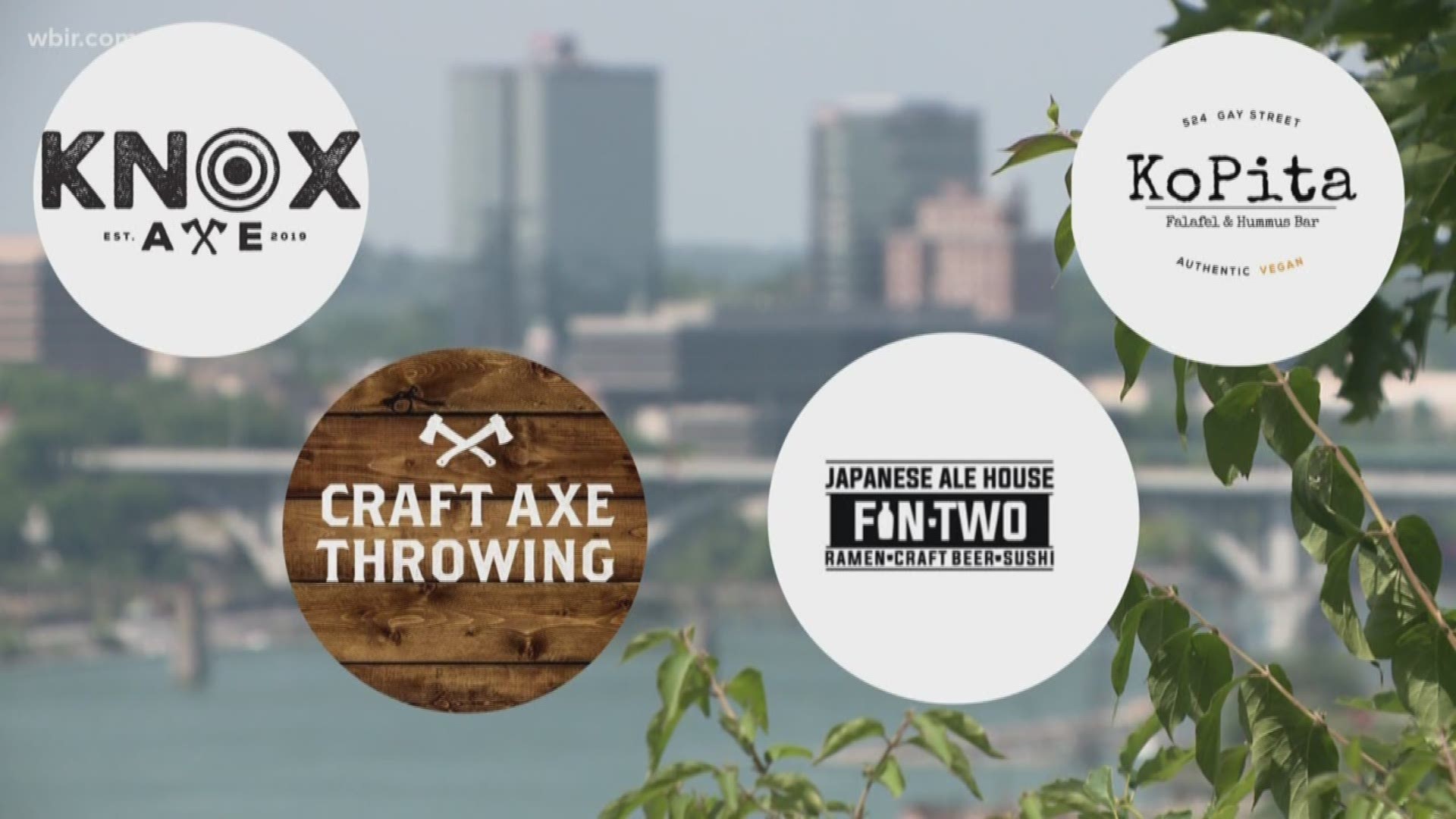 KNOXVILLE, Tenn. — It seems like everywhere you look, construction and "coming soon" signs cover the streets of Knoxville.

The business boom is hard to ignore, and something that gets people excited.

"I think we are doing really well as a city," Doug Lawyer, VP of Economic Development with the Knoxville Chamber, said.

In the hub of Market Square, the chamber offices get a front row seat to downtown's growth.

"There are several things that make Knoxville attractive;  location, cost of living, and we've got downtown, the foothills of Smokies, Oak Ridge National Lab, UT," Lawyer explained. "It all kind of goes into a blender to make Knoxville a really special place."

The chamber works to recruit large corporate facilities, like Scapa Healthcare which opened in Hardin Valley on Monday.

In turn, those new jobs lead to restaurants, boutiques and entertainment venues in the area.

"Business parks come first, retail follows. You've got to have the people first and then services come second," Lawyer said.

Downtown may get a lot of attention, but the success can be found everywhere.

"It's spreading to other sectors like North Knoxville, Happy Holler, the South Waterfront," Lawyer said.

"We should pat ourselves on the pat, but look for new opportunities, keep our foot on the gas," Lawyer said.

So here's a few things to be on the lookout for: