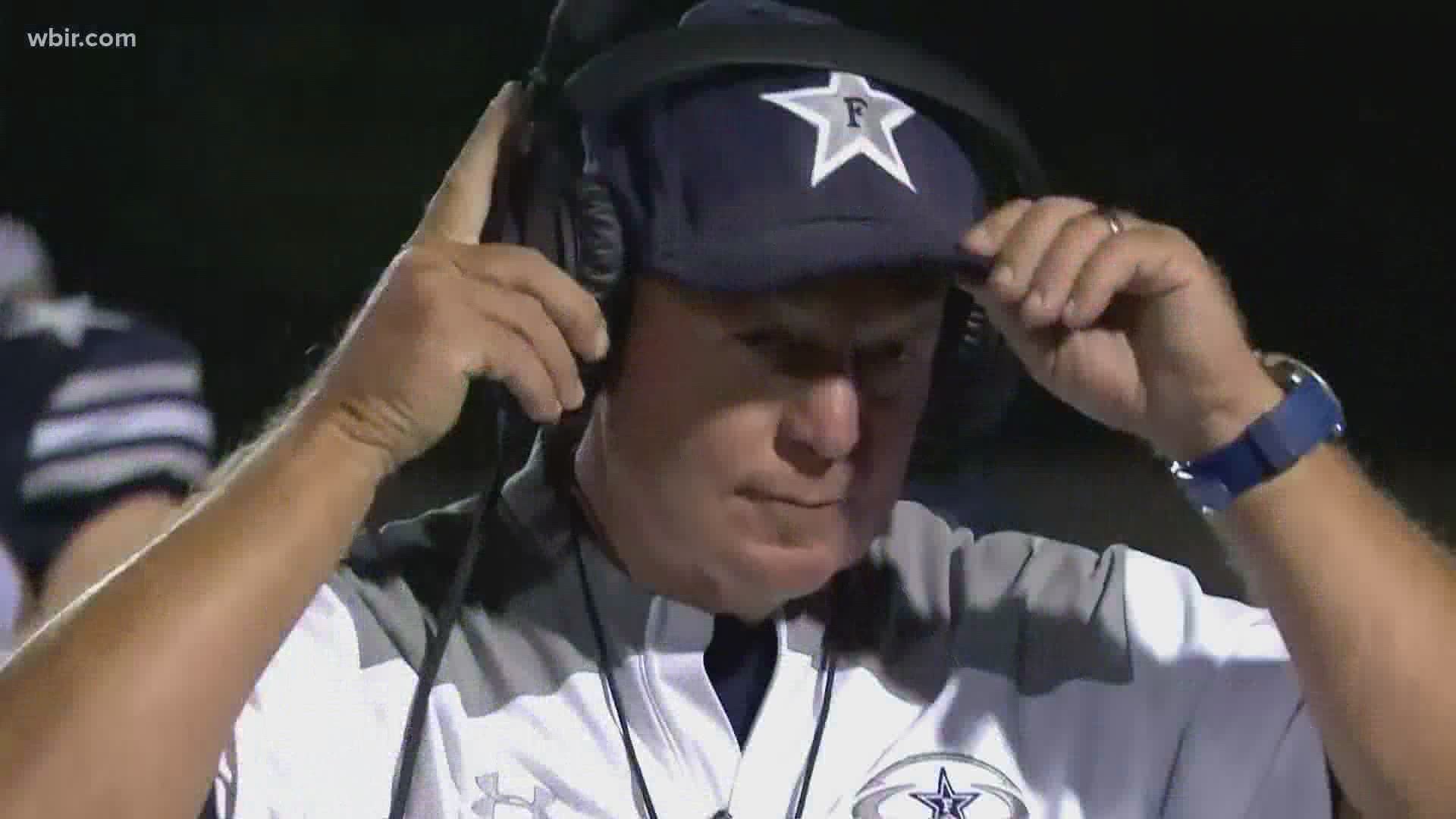 "After a routine yearly physical this summer, his doctor noticed his PSA levels were slightly elevated," the team's website said.

The result of the biopsy was a cancerous tumor contained to the prostate.

Courtney was previously diagnosed with Hodgkin's disease back in 2005, and is scheduled to have surgery on Wednesday.

.@FarragutFB’s head coach Eddie Courtney has been diagnosed with prostate cancer. This is a different cancer than he had previously in 05/06.

When he was battling the first time, he only missed ONE practice during his treatments. 🙏🏼 sending prayers to one of the very best!

That is two days before the Admirals are scheduled to play against Morristown-West in their region opener.

"This could mark the second game since 1981 that Coach Eddie Courtney will not be on the Farragut sidelines, the most recent in 2008 at Soddy Daisy.   Coach Courtney stated that his future is clear because he knows that it is in God’s hands," the team website said.