The bill says it would be a felony to perform an abortion unless the doctor is trying to save the life of the mother and unborn child. 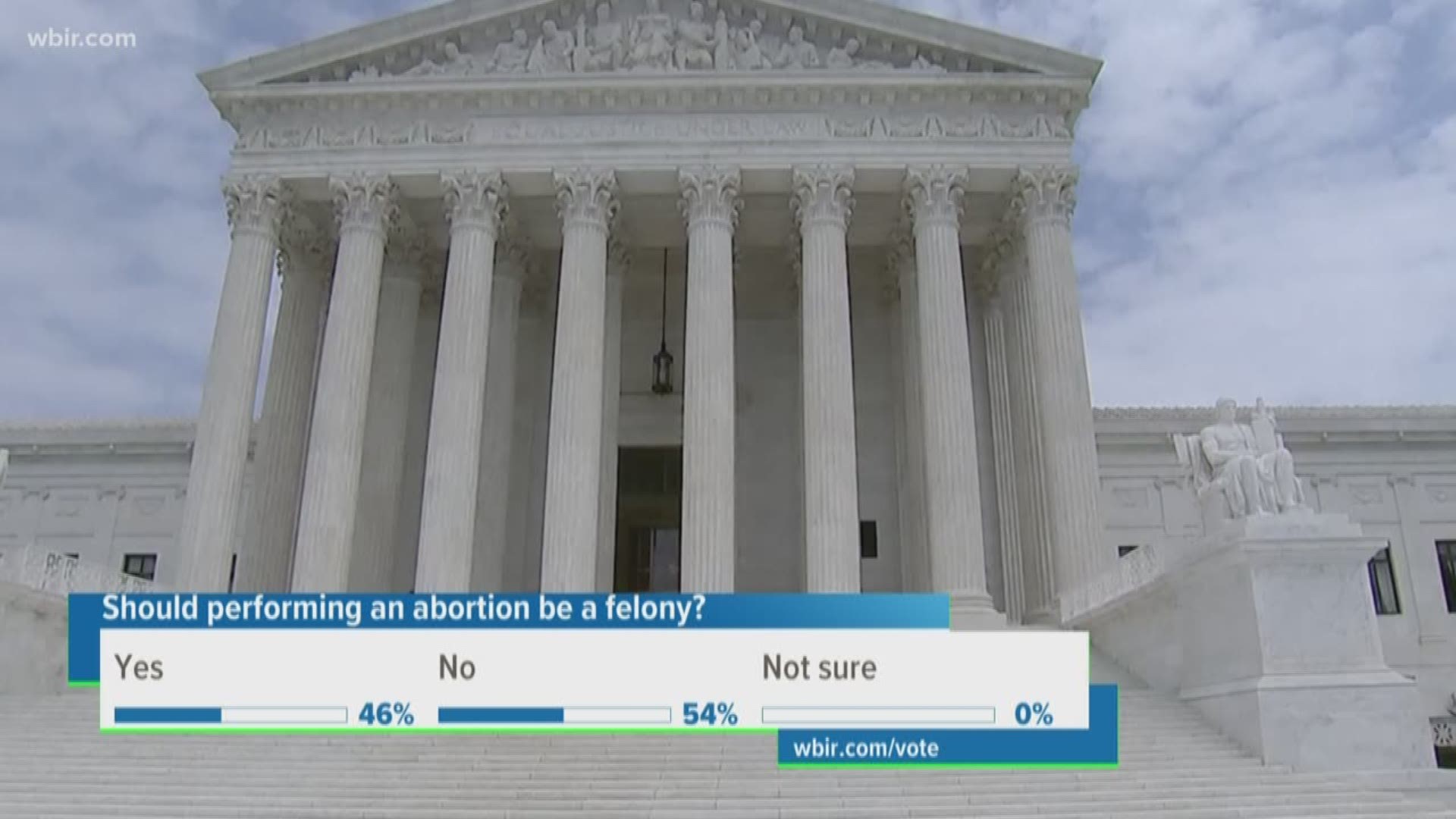 The bill says it would be a felony to perform an abortion unless the doctor is trying to save the life of the mother and unborn child.

The bill would not penalize the woman seeking an abortion.

RELATED: Annie's bill blog: What we're watching in the state legislature in 2019

"If and when the Supreme Court again allows states to decide abortion policy, we want to be in a position to restore the common-sense protections that express the pro-life views and sentiments of Tennesseans," said Rep. Susan Lynn, (R) Mount Juliet, who introduced the bill this week.

This comes as lawmakers across the country are preparing for a possible overturn of Roe v. Wade.

"We have two new justices, Gorsuch and Kavanaugh, who are at least perceived as being relatively hostile to reproductive rights and to the concept of abortion," Harris said. "So I think there is a very real possibility within the next year or two as several cases have been specifically sent to the Court for that purpose arrive, the Court may very well decide that it's going to reverse Roe v. Wade."

Stewart said if it is overturned the abortion decision goes to the states.

A bill banning abortions once the fetal heartbeat is detected was re-introduced this week as well. That measure failed last year.