Bliss is set to open in the West Town Mall in the Spring of 2019. 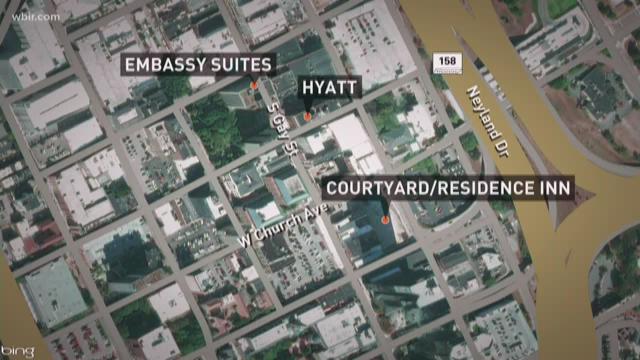 A Knoxville business is opening a new location in the West Town Mall.

Bliss, a store that first opened in Market Square in 2003, will open another location at the mall which will focus on the latest in women's apparel, shoes, jewelry, innovative gifts, and accessories.

Lisa Sorensen and Scott Schimmel, owners of Bliss, announced the opening in January.

“We are excited to expand to west Knoxville and offer a fresh boutique experience to an extensive client base out west," Scott Schimmel said. "As we grow and evolve we realized a need to be present in another part of town and the West Town Mall seemed like the perfect fit. We are thrilled to be there!”

Bliss is set to open in the West Town Mall on April 1, 2019. It will be right next to Build-A-Bear Workshop.

Bliss said it will be donating a portion of their sales from the opening week to Breast Connect; an organization dedicated to supporting women who have been recently diagnosed with breast cancer, as well as their families and care-givers.

“We feel very strongly about supporting organizations within our community, as well as on a national level, and are honored to be able to provide a financial contribution to this wonderful organization, headquartered right here in Knoxville,” Scott Schimmel said.

A release said Lisa was recently diagnosed with breast cancer earlier this year and Breast Connect has been invaluable to helping them navigate through the process.

"Tori Mason Shoes launched in 2016 due to an expanding shoe department within Bliss and in November of 2017 Bliss and Tori Mason Shoes merged and moved to its new and current location on S. Gay St. in downtown Knoxville," a release said.

They expanded into Nashville in 2014 with the opening of Bliss Home near downtown Nashville, and then opened their third Bliss Home, and first out-of-state location, in August 2017 in Louisville, KY.