This decision was not made lightly, with dozens of people taking the podium on both sides.

This was mainly a symbolic move by the county commission. Supporters said it sends a message that Blount County will protect citizens from tighter gun laws.

This decision was not made lightly, with dozens of people taking the podium on both sides. It was a packed meeting and a divided crowd.

"Vote yes for this resolution to help prevent any unnecessary gun control laws," said one supporter.

"Does the term 'sanctuary county' mean that the commission is prioritizing gun ownership over the sanctity of life," asked one opponent.

Those who shared public comment were split for and against the resolution, which did pass after an hour and a half of public comment and nearly an hour of deliberation among the commissioners.

The passing of this resolution means the county will not spend money on tighter gun control efforts by the state if the commission feels they violate the right to bear arms under the constitution.

"This resolution here was stemmed because of House Bill 1049 at the state level," said Blount County Commissioner Steve Mikels.

That bill, now tabled, would allow police or family members to petition a state court to order the temporary removal of firearms from a person who may present a danger to others or themselves. 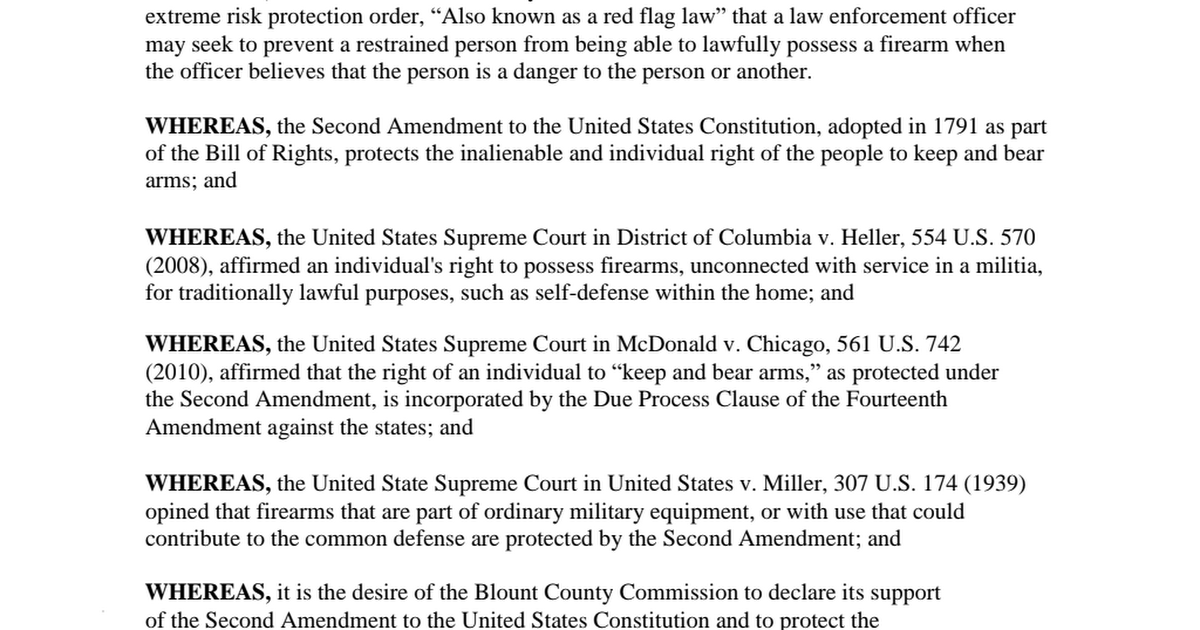 "It's a knee jerk reaction to a bill that did not pass," said one opponent.

Supports of the "red flag law" said banning that law would cause harm to people mentally unstable or in bad domestic situations.

"We're not opposed to searching for better solutions for those issues, but this is not the route we need to take at the state level," said Mikels.

Not all Second Amendment supporters are in favor of the resolution.

"That bill's not about guns, it's about a person," said one opponent.

"If any of you can tell me even one single positive thing that this resolution will do for Blount County, something positive for all of us, then please, I'm listening," said another opponent.

RELATED: Should teachers have guns in schools?

Blount County has in a way been a Second Amendment sanctuary county since 2013.

Back then leaders passed a similar, yet much more detailed resolution before this latest effort. 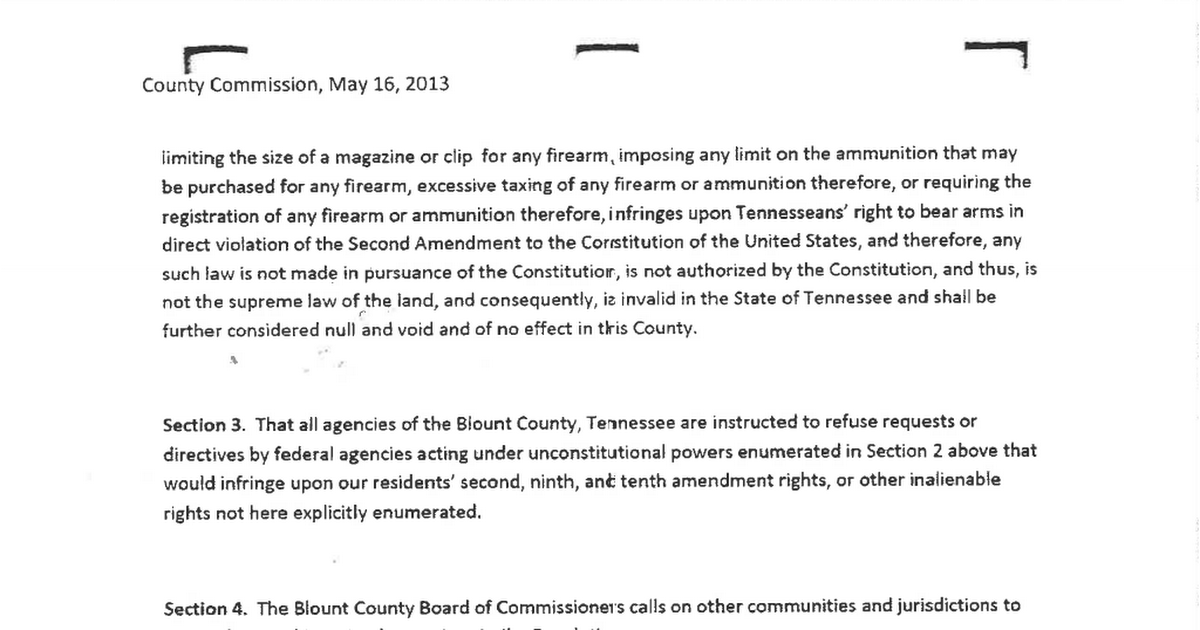 Again, a new resolution won't change a law. It's a political statement.

"It basically would do nothing physically, it's more symbolic at best and to send a message to the state that we don't want that in our county or in our state," said Blount County Commissioner Nick Bright.

The commission voted to pass the resolution 15 to 4 with one abstention.

Recently, we saw the federal government ban the gun add-on known as a bump stock.

Commissioners said even with their vote, that federal bump stock ban stands in Blount County.