She bought and sent him several money orders, MoneyGrams, and cash, according to the sheriff's office. 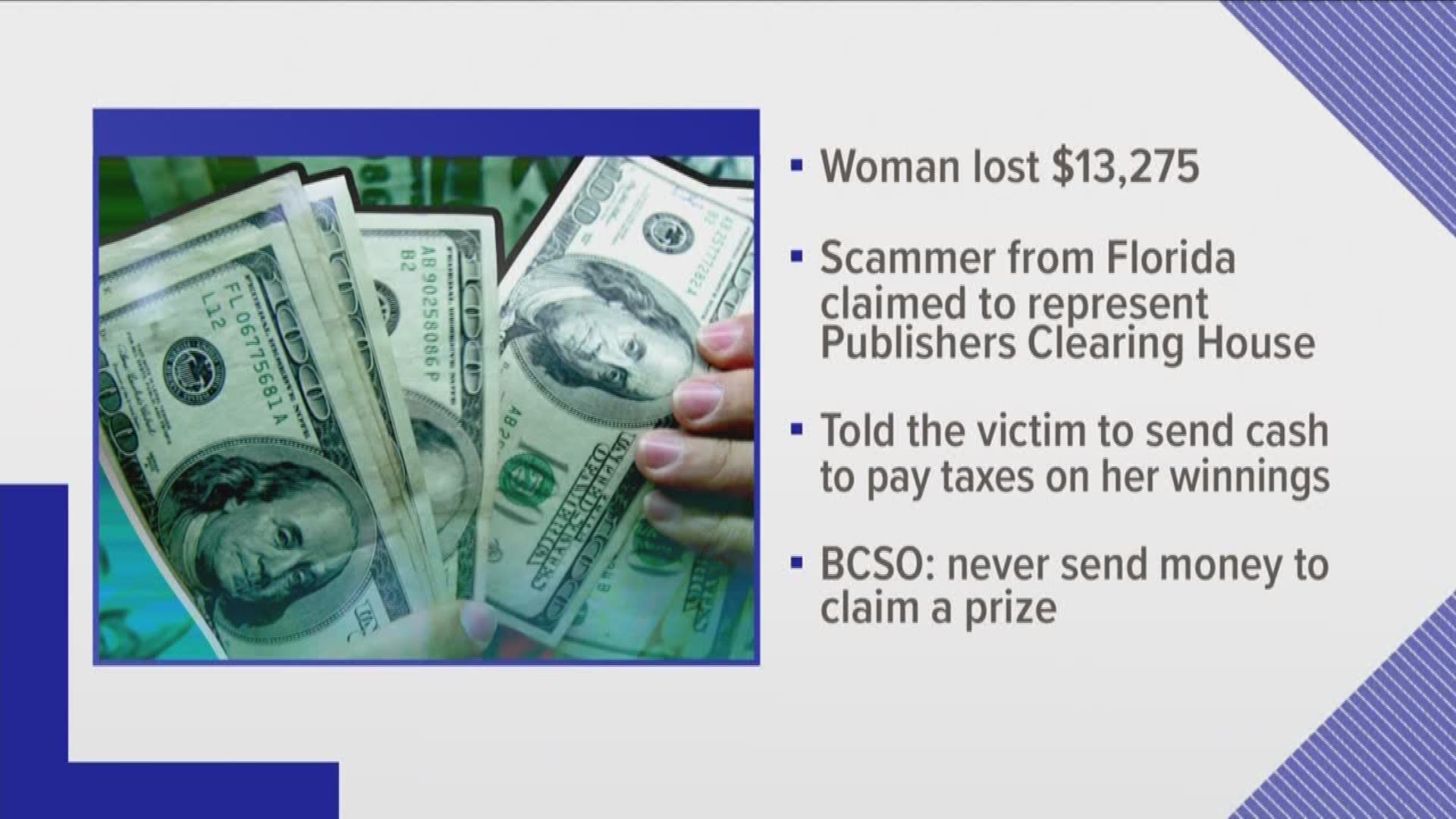 BLOUNT COUNTY, Tenn. — A Blount County woman was scammed out of more than $13,000 Wednesday from a person out of Florida who claimed to represent Publishers Clearing House, according to the sheriff's office.

Investigators said the man told her she won millions of dollars in a Publishers Clearing House drawing but in order to claim the winnings, she would need to send him money to pay the taxes and keep her name private.

She bought and sent him several money orders, MoneyGrams, and cash, according to the sheriff's office. It added up to $13, 275.

"Phone and internet scams continue to plague our citizens. Blount County Sheriff James Lee Berrong and our deputies are committed to protecting our citizens from ruthless scammers, but we need your help! The scams never cease, and the scammers are getting more contentious and threatening with their narrative," the sheriff's office wrote in a Facebook post.

The Federal Trade Commission has received many reports about scammers using the Publishers Clearing House name to deceive people, the sheriff's office said in the post.

"The money sent to these scammers is almost impossible to trace, and the victims almost never get their money back."

If you think you’ve won a prize from PCH, here are a few things you need to know: