When the offseason started, Eagles head coach Mike Turner enforced a theme of trust. His players have fully bought into that theme. 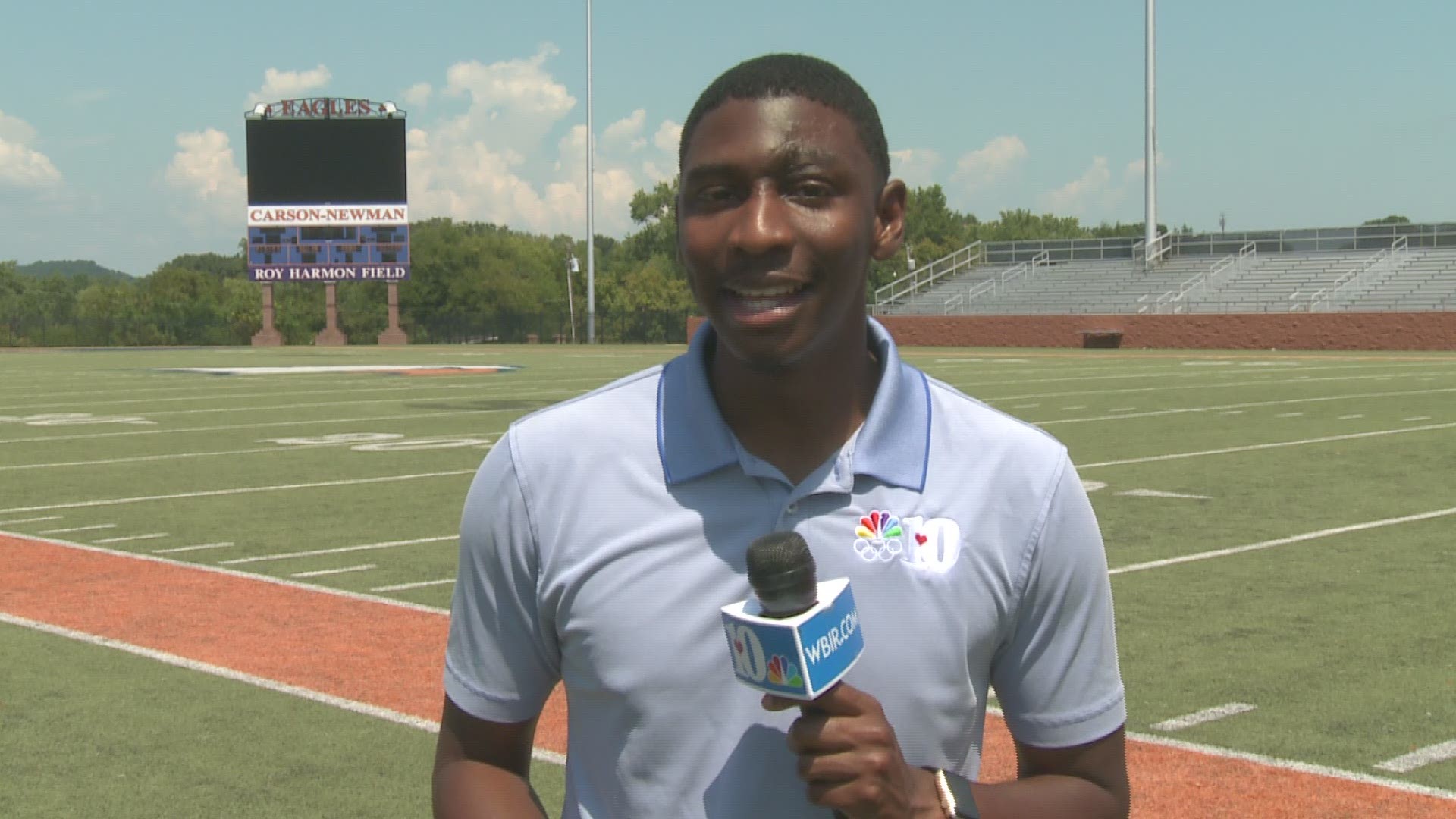 JEFFERSON CITY, Tenn. — The Carson-Newman Eagles ended their warm-up period on Tuesday morning with jumping jacks. After each rep, they yelled a letter in unison.

Trust is the Eagles' theme for the 2019 football season. Head coach Mike Turner introduced the idea when this year's team met for the first time.

Turner is a man of faith. He refers to Proverbs 3:5-6 in the Bible as the inspiration for the trust theme.

"It's a simple verse," Turner said. "It says 'trust in the Lord with all you heart and lean not on your own understandings. Acknowledge His ways and he'll set your path straight.' That's God's word to tell you how you trust."

The players have bought into the theme. Players wear orange rubber bracelets that display "trust" in blue letters. They are learning to use trust on the field and in their lives outside of football.

"I incorporate my faith with anything," said quarterback Tyler Thackerson. "God is my number one and, without him, I wouldn't be out here."

On the field, the Eagles have plenty of trust for each other. Many of them have played together for years. Ten starters return from last year's offense that led the nation in rushing (374 yards per game).

With trust, the team feels that they can clinch Carson-Newman's first Division II playoff birth since 2015.