Macy Halladay said Sunday marked seven days since they have been able to drive to the grocery store. 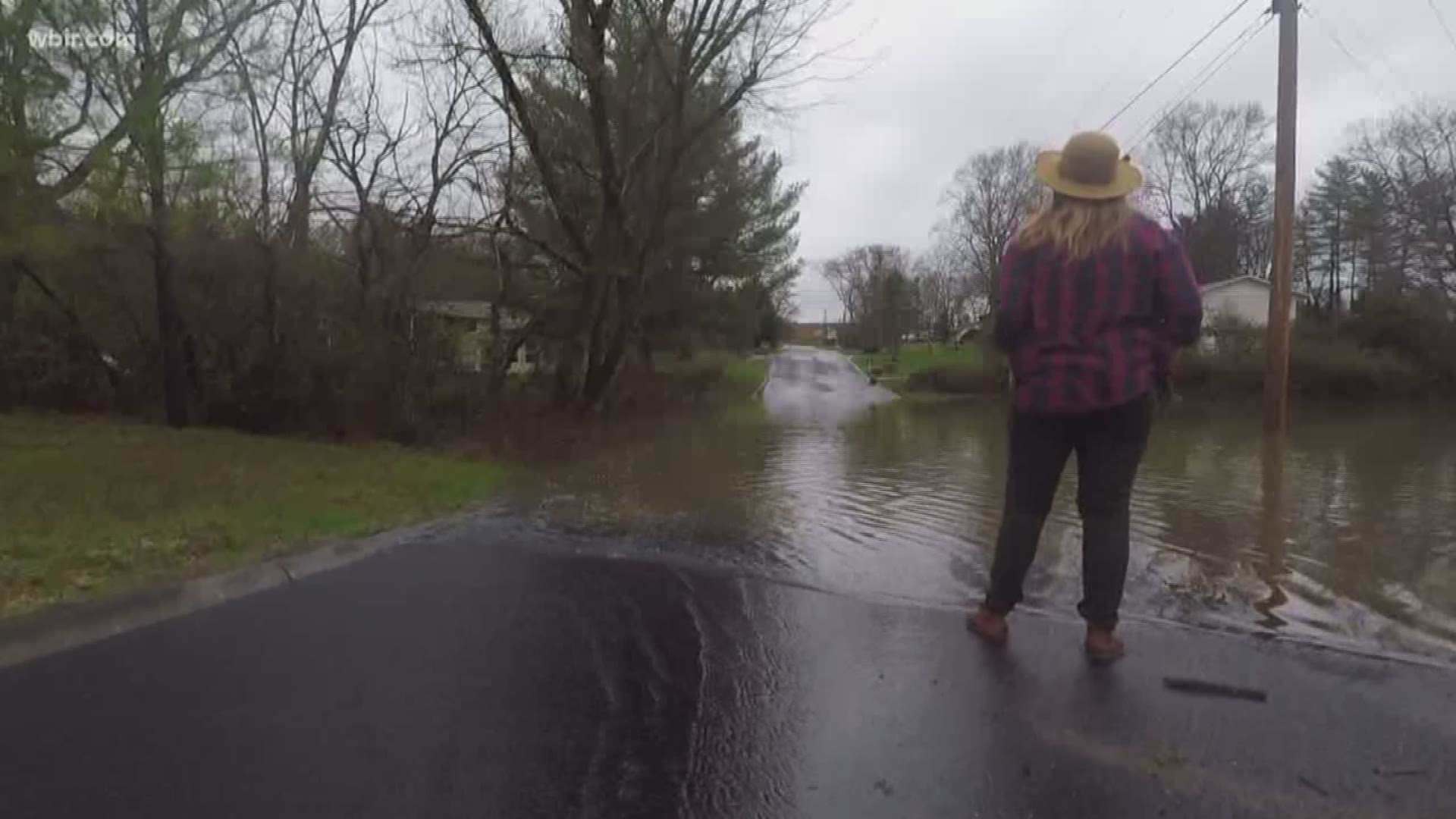 KNOXVILLE, Tenn. — Macy Halladay said her family makes an effort to travel as much as possible each year.

"We just listed them out, this last year I think it was about 50 cities, we're very lucky," she said.

But for the last week, her family and four others couldn't go to the grocery store if they wanted to. Recent rain left six feet of water blocking the only way out of their subdivision.

"I went outside and saw the water on the end of the street," she said. "I knew right away we were trapped."

Her family is now staying with a relative after attempting to wait it out for a couple of days.

"So we've taken our little boys and hiked through the mud and the water to get them to school," she said.

"I got a hold of someone but they said they didn't really know how they could help," she said.

In the meantime, the family is just trying to make the best out of a hard situation.

"We haven't had too much flood damage but the inconvenience of trying to navigate being trapped in your house when you need so much as humans, as parents and as kids is hard," she said.

She said while they love to travel and document where the go, they just want the opportunity to go somewhere outside of their own backyard.

"We're here stuck and feeling so frustrated and trapped and not sure out to solve the problem, " she said.