Central Street is home to several watering holes that are all within walking distance. 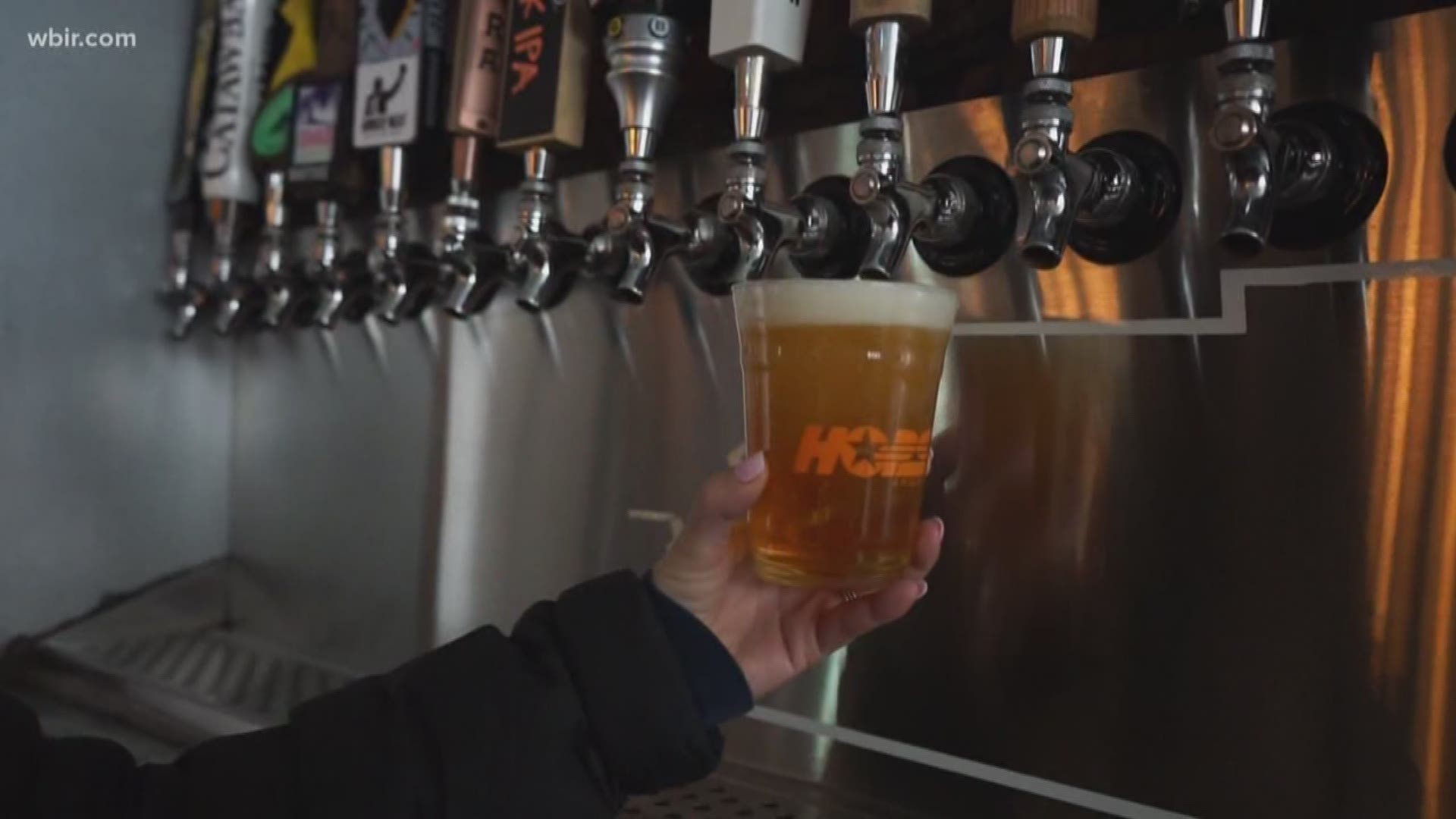 Business on Central Street is booming, and a big part of that business? Beer.

The area is becoming a hot spot for beer drinkers.  There are not only breweries popping up, but tap rooms, too, to kick back and enjoy a drink.

RELATED: Centered on Central: Why is Central Street a new hot spot in Knoxville?

And guess what? All these places are within walking distance of each other.

So come with us as we take a walking brew tour on Central Street.

Owner Arron McClain explains, "You'd be hard pressed to find anywhere in the country, I think, sorry for speaking boldly, but that does more weird stuff than we do. We have used nearly everything that is edible in a beer."

It's a very welcoming, laid-back and casual atmosphere at his brewery, too, McClain said.

"We sit in an old building that has a lot of character. We are kid-friendly and have a patio. Bring your dog."

Credit: Mike Witcher
It would take six minutes to walk from the Crafty Bastard Brewery to Elkmont Exchange.

Elkmont Exchange: A look inside

Just a quick walk up the street, and we end up at Elkmont Exchange.

The combo brewery and eating house is inspired by the Smoky Mountains, brewer Chris Meadows explained, with an atmosphere made for locals and outdoor enthusiasts alike.

"We have a lot of natural wood here," he said. "A lot of local craftsmen helped build the bar."

The inside of Elkmont really represents the name with, a giant map of the Smoky Mountain National Park plastered on the wall as you walk in.

And what's on tap?

"We have a foeder, or wood-aging program, where we're actually souring some beer with bacteria," Meadows said. "So two of the craziest beers we have on tap are the foeder saison and our foeder sour."

And of course, the beer is flowing with more than 20 brews to choose from.

On to: Hops and Hollers

Once you've sampled what Elkmont has to offer, you can just jump across the road to the tastes on tap at Hops and Hollers.  It's not a brewery, but rather a tap house that carries Tennessee-brewed beers, many of them local.

Owner Todd Wakefield said it's gotten easier to stock those state-made brews as the years have gone on.

"We stick with 21 Tennessee beers. That's kinda been our go-to since we opened," Wakefield explained. "We opened almost 6 years ago, and it was hard to get 21 beers on tap. We've come a long way within the state and locally to be able to fill those 21 taps."

Ready to go sample some of those state-made flavors? Well, you can do it in a pretty inviting outdoor space.

Last, but not least: Central Flats and Taps

Okay, let's "hop" over to Central Flats and Taps for one more cold one-- it's just up the road. And the smell of pizza will flood your nostrils the second you walk in.

This spot has more of a bar feel, but the food is amazing and, of course, they have a ton of beers on tap.

"We are a neighborhood bar that is walking distance to a lot of nice neighborhoods in the area, and we think it's a nice, cozy place to come and have some drinks and have some food," owner Bryan Howington said.

And that's not all the area has to offer! With plenty of shops, restaurants and several other bars and breweries, Central St. has really become the place to check out in Knoxville!