Popeyes is the latest business to have one of their products go viral via social media. It has been the talk of the internet all week, so we had to find out why. 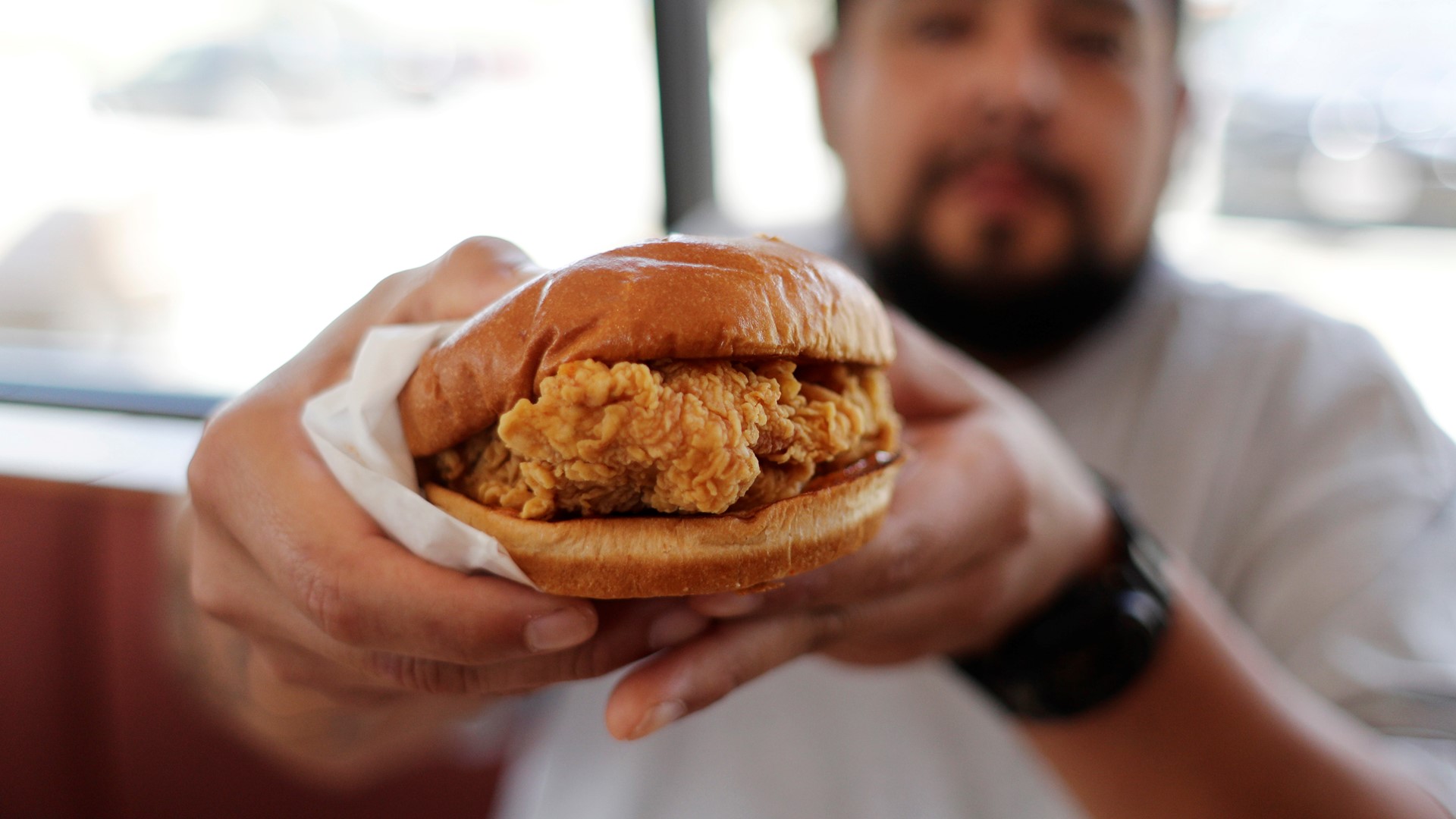 With just one addition to a fast-food menu, the hierarchy of chicken sandwiches in America was rattled, and the supremacy of Chick-fil-A and others was threatened.

But Chik-Fil-A is not going down without a fight as the two companies have been in a Twitter battle all week.

Fans have also weighed in with YouTube commentaries and memes. There have also been long lines just to get a taste of the new sandwich.

People began ardently advocating for their favorite sandwich since Popeyes made the announcement, whether it be the new-kid-on-the-block Popeyes one, or the OG Wendy's or Chick-fil-A versions.

According to Apex Marketing Group, Popeyes has made more than $23 million in sales since announcing the sandwich on August 12.

We wanted to find out for ourselves what the hype is all about. First up, we needed the sandwiches. We were able to get chicken sandwiches no problem from a Chik-Fil-A in Bellevue but finding a Popeyes with the chicken sandwiches in stock proved to be a bit tougher.

The Popeyes in White Center and Kent had notes on their windows that said they had no sandwiches. The Popeyes in Renton was closed due to a power outage.

Success finally came for us when we made it to the Federal Way Popeyes. They had the sandwiches but were limiting customers to four per order. The drive-thru line extended onto Enchanted Parkway.

After securing the food, it was now time to find a social media expert. That is where Carla Marie from 106.1 KISS FM comes in. She is the go-to for what is trending and was happy to help us settle the debate.

Watch the video above to see which one she picked and learn more about why companies are using social media more often to reach consumers.