Officials said that the Animal Control Unit was at the location multiple times, including on Tuesday. They said there is no evidence of dogfighting. 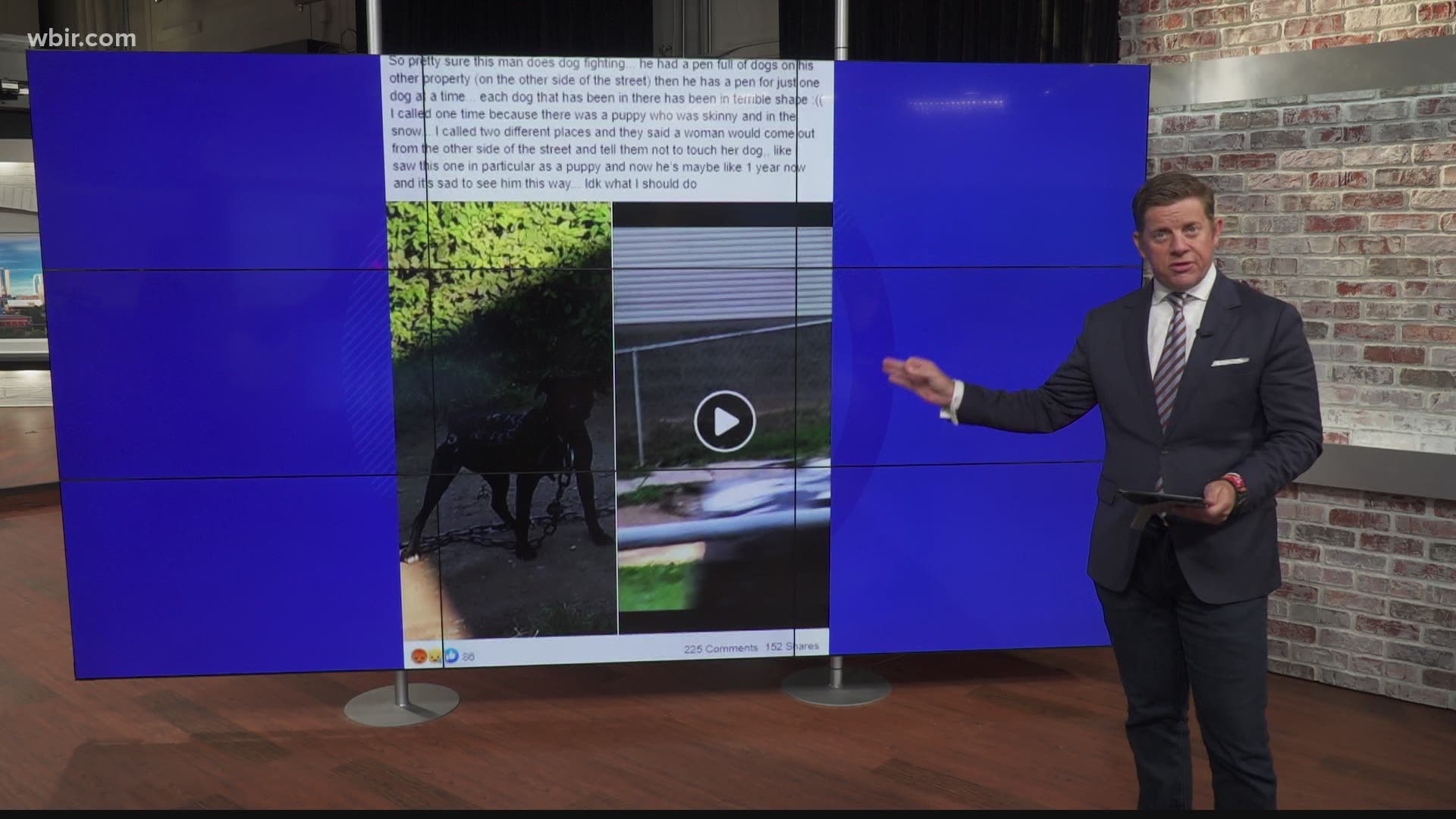 KNOXVILLE, Tenn. — Officials with the Knoxville Police Department said that officers from the Animal Control Unit visited a location from a post on social media that showed a dog on a thick chain with what looked like injuries along its back.

They said that there was no evidence to suggest that dogfighting was occurring there. Officials with KPD also specified that the dog did not have whip marks and that the discoloration in the picture was the result of a skin issue.

However, officials also said that the owner received many citations including improper restraint and improper care.

Officials with KPD said that they received several questions and concerns over the phone and on their social media accounts after the images were posted. They also said that police would continue to monitor the situation and take appropriate action if they find animal abuse occurring.

Several emails were also sent to WBIR and 10Listens.

Facebook Groups
Animal Lovers Group of Tennessee has 8,185 members. **WELCOME POST** Welcome to our group! This page is set up to post pics of animals that have been lost, found, rehoming which is ONLY FOR APPROVED...

Officials said that they could not remove the dog from the home.

"There is a high bar to clear for Animal Control officers to have legal grounds to take somebody's dog," officials said over Facebook.

The original post was made on the group, "Animal Lovers of East Tennessee."