Videos of locals were put online to serve as help and inspiration to those dealing with the loss of a loved one due to suicide. 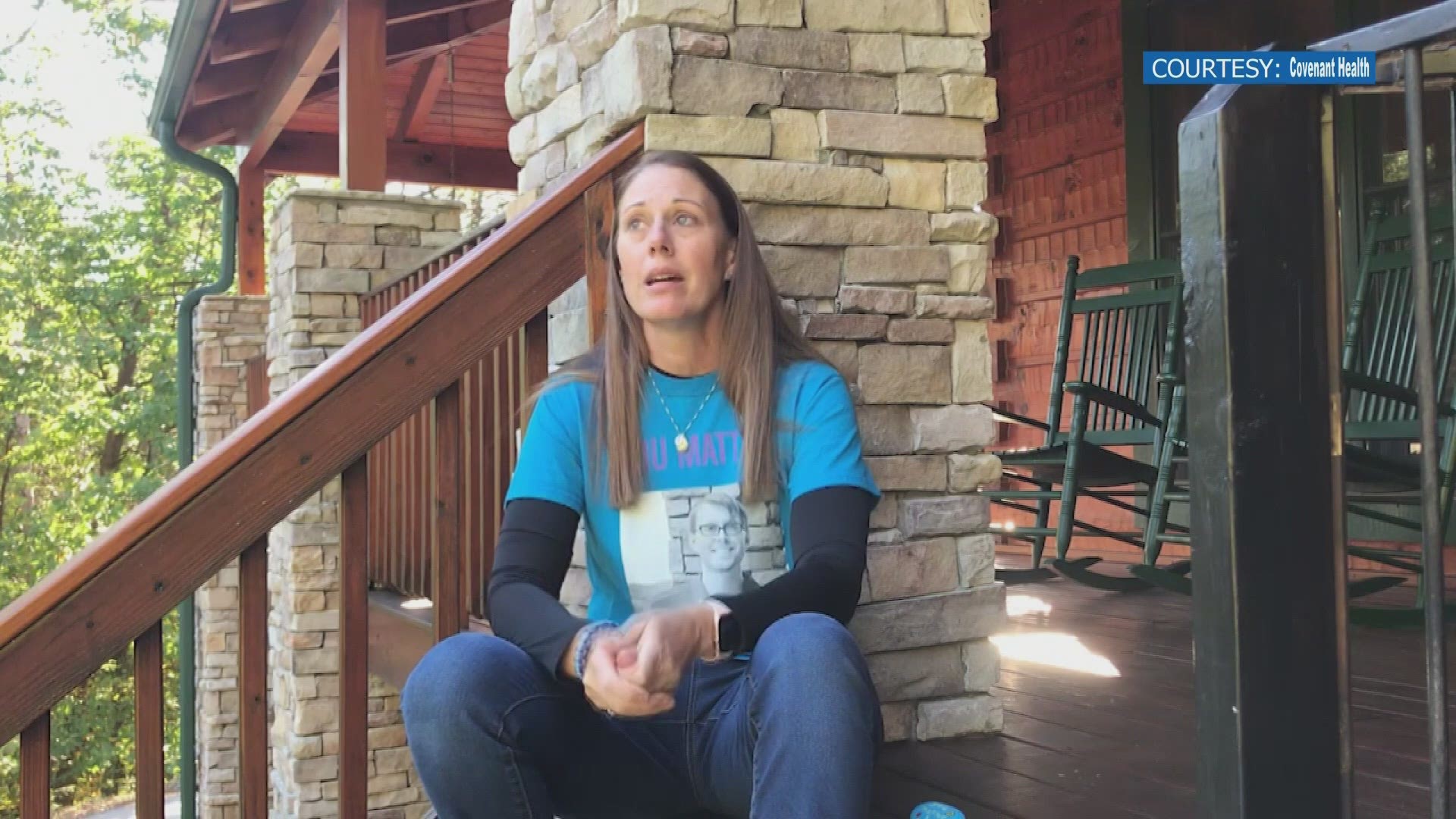 KNOXVILLE, Tenn. — Last year on the Saturday before Thanksgiving, people gathered at Parkwest Medical Center to lend a helping hand to those who had lost loved ones due to suicide.

This year the event was held online, but the encouragement was still strong and visible throughout.

From Knox County Mayor Glenn Jacobs to local mothers, videos of locals were put online to serve as help and inspiration to those dealing with the loss of a loved one due to suicide.

While hearing from speakers online might not be ideal, it has brought forth a new opportunity for Covenant Health.

They're hoping to leave the videos up online for a while. Realizing that many people mourn and heal at different paces, having videos ready to go at any point could be a big help in the future.

Whether or not someone in mourning was able to attend the online event, the videos will be watchable in the future as they are needed.

While there is a certain sadness that comes with what brought about Saturday's event, there was also a prevailing theme of hope that stood out.

Dennis Gillam is a national speaker who has been affected twice by suicide in his family. After struggling to talk openly about the issue for years, he now helps others by sharing his story. Gillam's speech was calming and hopeful. His perseverance was inspiring, and he noted the importance of going on.

"I'm not going to sugar coat it. It's hard, but it's doable. Day in day out, one day at a time," he said as he encouraged viewers to keep going.

As so many have during the pandemic, those who took part in Saturday's event made a concerted effort to make the best out of a situation.

They could have skipped this year. That's not what they did, though.

Instead, they did whatever was in their power to make the event happen because there was a cause that they wanted to help with.

To learn more about resources for those struggling, you can visit treatedwell.com/survivor to watch this year's videos and get connected with help.