'Being a Vol means giving back' | UT grad seeks to give back, change laws, inspire others

Uriah Richey is the first in her family to graduate from college. She is also a Zaevion Dobson Memorial Scholarship recipient. Two things she's proud to be. 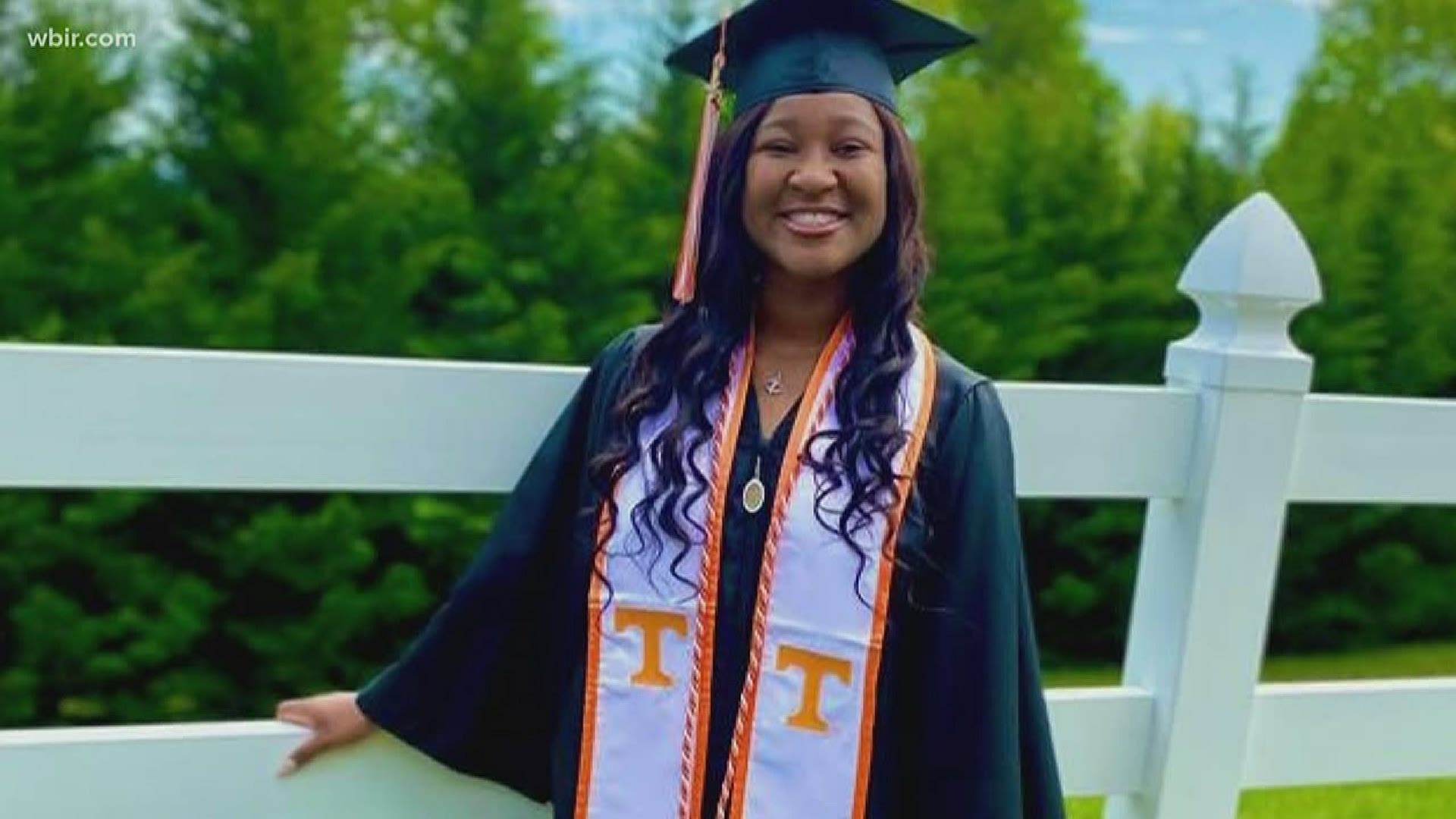 KNOXVILLE, Tenn. — Uriah Richey just graduated from the University of Tennessee with a degree she said will help her help her community.

"I graduated with a degree in Africana studies and sociology with a concentration in critical ethnic and race studies," she said.

For four years and class after class, Richey prepped to become a a future change maker.

"I settled on being a civil rights attorney," she said.

It is a dream she said doesn't stop there. In fact, if there is anything she has learned it is that no dream is too big. When asked what she would be if she could be anything, she started to chuckle.

Richey is the first in her family to graduate from college and the impact of that is not lost on her.

"Being first generation college student is something that I am proud of," she said. "I'm proud of because of the struggle that accompanied that."

It is a struggle she said she transformed into her testimony.

"It reminded me that I deserve to be there just as much as any other student," she said.

Richey is also a Zaevion Dobson Memorial Scholarship recipient. Zaevion died while shielding his friends from gunfire back in 2015. Since then the community has pushed to keep his memory alive by giving back.

It is bitter sweet and always on her mind.

"I don't want people to forget him and him and his story and the sacrifice that he made," Richey added. "So being able to live out my dreams in his honor that is a big deal and it's something that I'm grateful for."

Richey is taking a year off before law school or going for another degree.

"I think I've earned my place very much so and there should have never been a question about it," she said.

That is a feeling she hopes you have the courage to feel, too.

And if you get a chance to give back, she is hoping you don't hesitate to try.

"Remember to look back on the people who have helped you," she said.

The Zaevion Dobson Memorial Scholarship launched in 2016. Zaevion's mother Zenobia Dobson said right now it is only for Fulton High School students but she is hoping to take it countywide. The next recipient will be announced on Friday.

The scholarship is a donation-based fund, you can find more information on the foundation and how you can help here.

RELATED: The Change Center is moving and grooving this summer