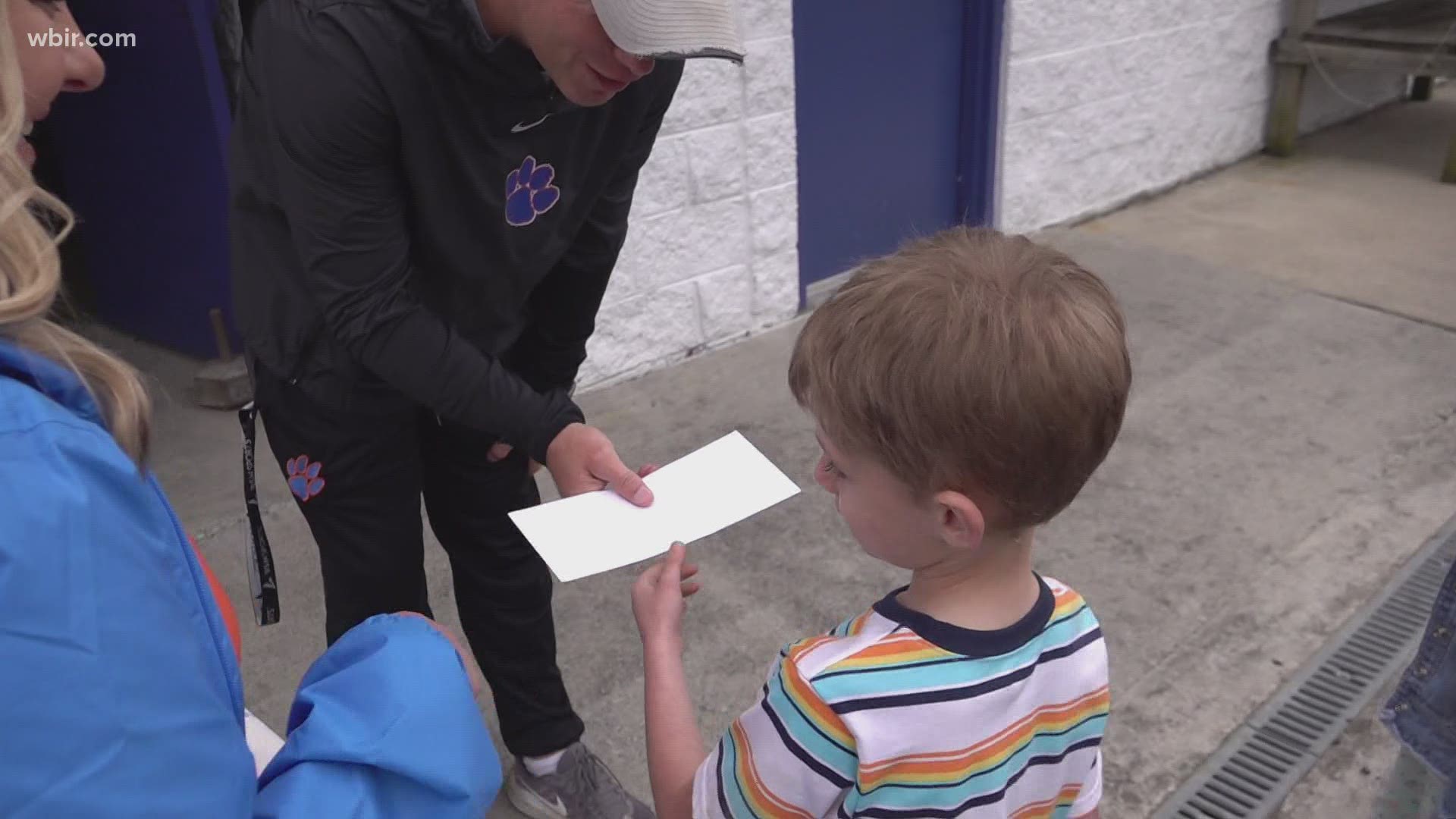 LA FOLLETTE, Tenn — In some form, you have heard the phrase, "It's better to give than to receive." The people of Briceville Elementary live by those words. As a school with around 100 students, Briceville has received donated goods, such as fresh produce for low-income families, from multiple organizations. When the staff heard that Campbell County head football coach Justin Price's two-year-old son, Jack, relapsed with Leukemia, they knew it was their turn to give.

Over the last few weeks, the school members raised money for Jack via fund raising and special projects. It was not just staff members, however. Students also participated in the charity.

Six-year-old Asher, a rising second grade student, spent the last two weeks digging up worms during recess and selling them to teachers and local fishermen.

"A lot. A bunch. Even I found two, big, gigantic, fat worms," he said, describing his fundraising efforts.

Another student, three-year-old Paisley, donated the spare change in her piggy bank.

Both students, along with principal Travis Hutcheson and teacher Melissa Fleming, traveled to Campbell County High School and delivered the fund-raising total of $3,750.11 to coach Price on Wednesday. They also brought a banner signed by students and teachers that says "BES is praying for baby Jack!"

Although Briceville feeds into Anderson County High School, Campbell County's rival, Fleming wants her students to learn to help their neighbors when they are struggling.

"I thought that, because our school has been given so much, this would be a good opportunity to give back to someone and be able to help them," she said.

"We serve a great God, who can do so much more and we believe He will. We believe that He will heal Jack," coach Price said, while holding back tears.

Currently, Jack is undergoing treatment. Once he reaches remission, he will have a bone marrow transplant in Nashville.