Camden Food Lion and Piggly Wiggly staff share how they're transitioning from plastic and what affect it may have on customers. 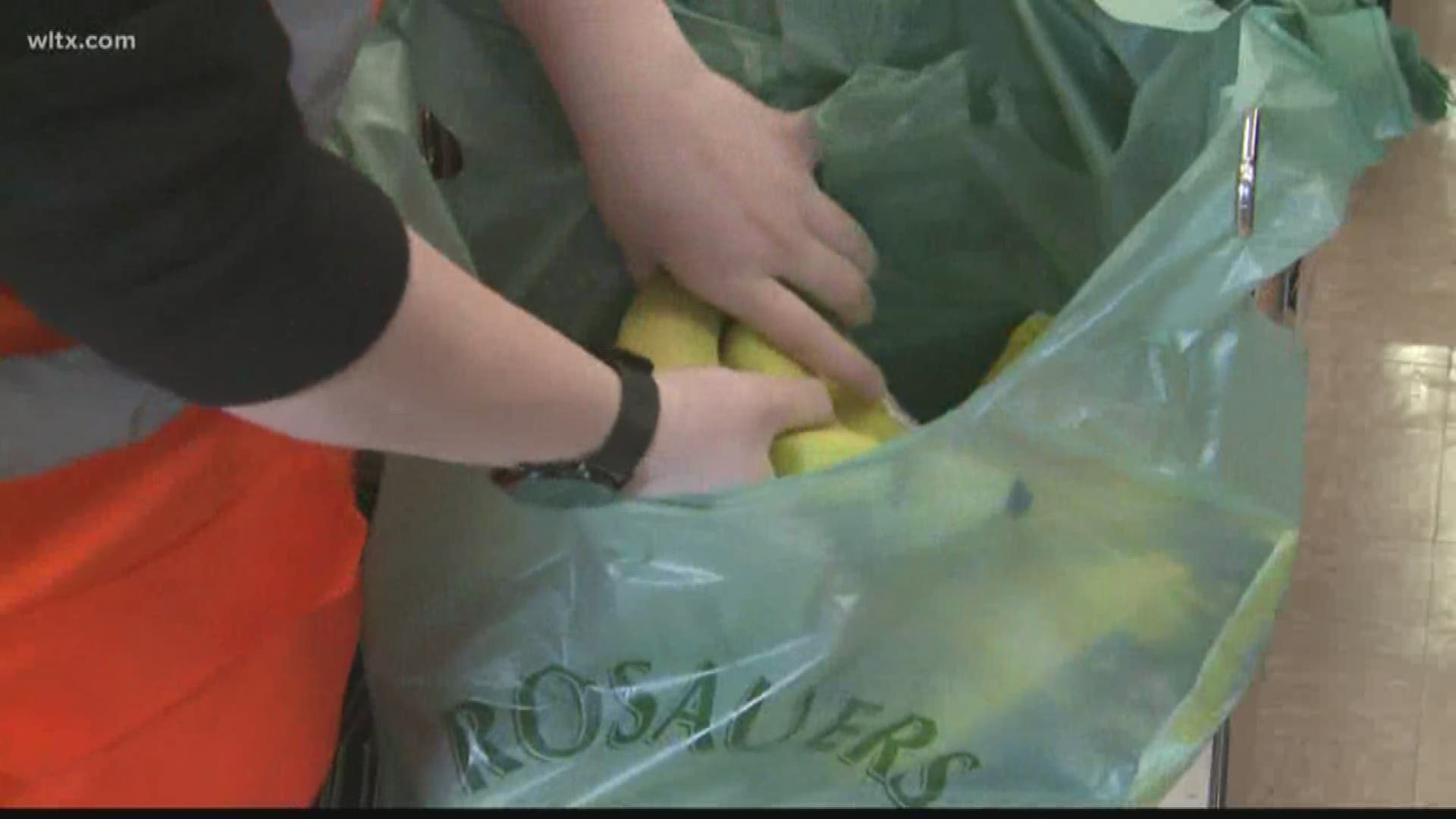 CAMDEN, S.C. — Plastic carry-out bags will be a thing of the past in Camden starting next Wednesday, as the city works to become more environmentally friendly.

The shift comes after a new ordinance was adopted by Camden City Council in March, restricting any establishment or business operating within city limits from providing plastic carryout bags to customers.

Over the weekend, area-grocery stores continued to prepare for the transition ahead of the January 1 deadline.

Credit: Kayland Hagwood
Starting January 1, 2020, businesses in the city of Camden will no longer be allowed to provide single-use plastic carryout bags to customers.

"We started slowly and we started a while back so we could get our people used to it and the customers used to it. Now we're pretty much 100% paper bags." Munn said. "It is more costly to use the paper bag. We're looking at eight to 10% more on the cost of bags."

Despite the cost, Munn says there will be no additional charge to customers.

The Food Lion on Broad Street will also be offering the paper bags at no charge, according to Mike Poulk, a manager there.

"We'll pretty much quit using all the plastic we have left on the 30th and basically make that transition the day ahead," Poulk said.

Food Lion will also be offering discounts to customers who bring their own bags.

It's a step toward a positive future, according to Debbie Riley, who was shopping at the Food Lion over the weekend.

"I think it's high time we did something about all the trash and the waste and the danger for our environment and for the animals and sea life," Riley said.

According to the U.S. Environmental Protection Agency (EPA), single-use plastic bags are typically made out of petroleum-based plastic and will not biodegrade.

These bags may also be blown into creeks, lakes or oceans where they can entangle marine life or the animals may mistakenly eat them.

Replacement bags are typically compostable, recyclable and even reusable decreasing the amount of waste and negative environmental impact.

Enforcement of the ordinance in Camden will be on a complaint and inspection basis. Violations will be subject to warning, citation, and/or imposition of fines after implementation on January 1, 2020.