Knoxville Police Chief Eve Thomas said that the decision to remove officers from schools would not be permanent. 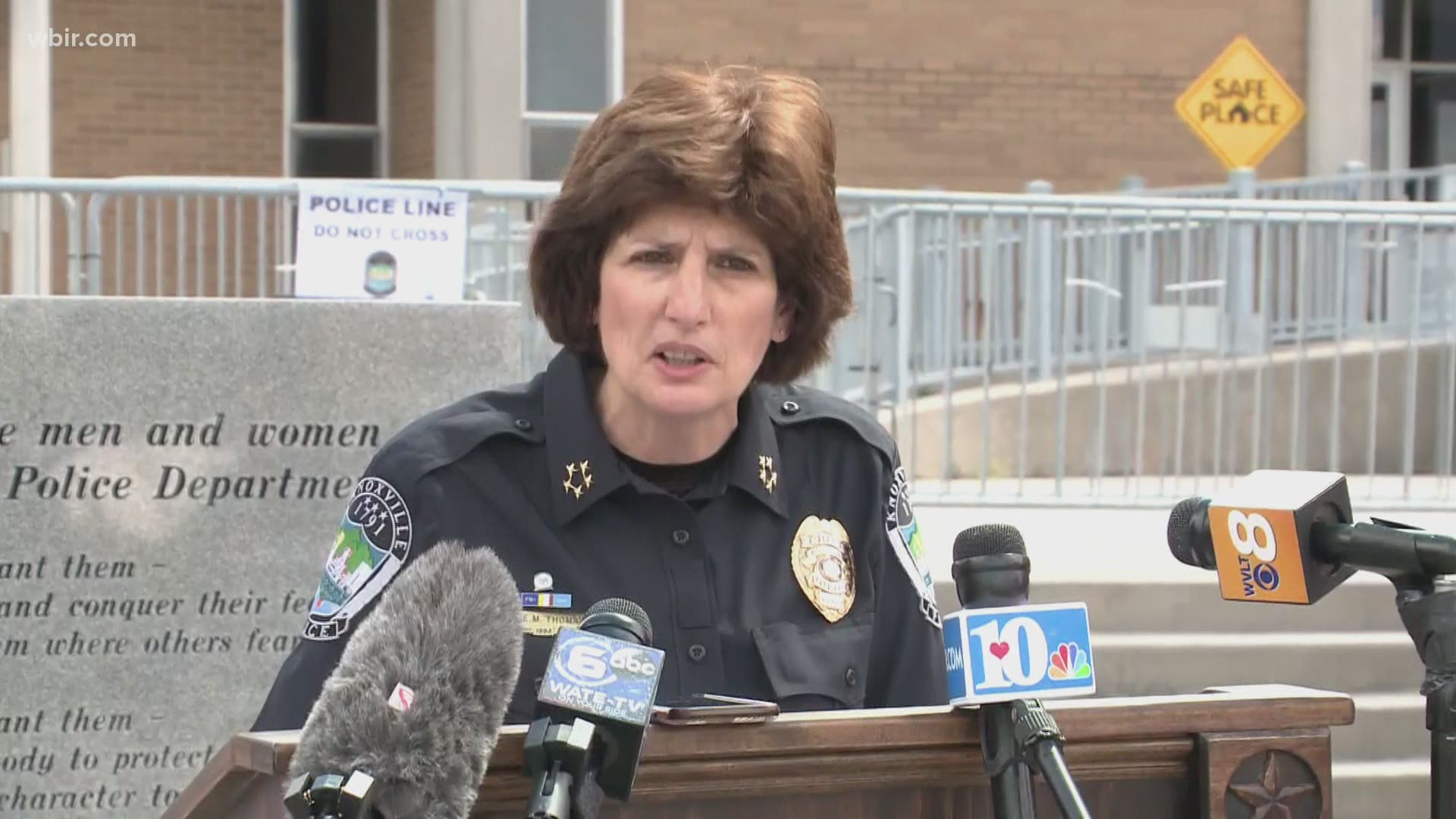 KNOXVILLE, Tenn. — The Knoxville Police Department announced Wednesday that it would withdraw its uniformed officers from Knox County Schools after the end of the school year. However, that doesn't mean they won't be involved in future school security efforts.

Knoxville Police Chief Eve Thomas said that the decision to remove officers from schools would not be permanent.

“I want to emphasize that this decision was made jointly by myself and Mayor Kincannon,” said Thomas.

She said that it is now up to the board of education to decide what police involvement in schools should look like. Many school leaders said they wanted more public input on having school resource officers alongside students.

“Our goal, again, is to reevaluate the Memorandum of Agreement after discussions with KCS leaders, school board members, community members, and other stakeholders,” said Thomas.

The decisions came weeks after the death of 17-year-old Austin-East Magnet High School student, Anthony Thompson Jr. He died in a struggle with police inside the school.

Evetty Satterfield, a member of the Board of Education, said that the board discussed revising their agreement with police in the past.

“What does safety look like for all of our communities? Because it'll look different in one school than another school,” said Satterfield.

Satterfield also said she talked to students who want to be part of the conversation and help develop an improved relationship with Knoxville police. For example, she said that students want to have meet-and-greets with officers before school starts so that can know who is in the building.

At the board of education meeting on Wednesday, parents and teachers shared their opinions about the decision.

"I am personally concerned about my safety. I do think training our officers to be more equipped to being near children is a good idea, but I don't think taking them out of our schools is necessary,” said Taleah Wilson, a Knox County student.

"We don't need police — we need programs, we need resources and we need to make positive changes together,” said Jennifer Kim, a parent.