The new subdivision off of Ruggles Ferry Pike will encapsulate nearly 500 homes. 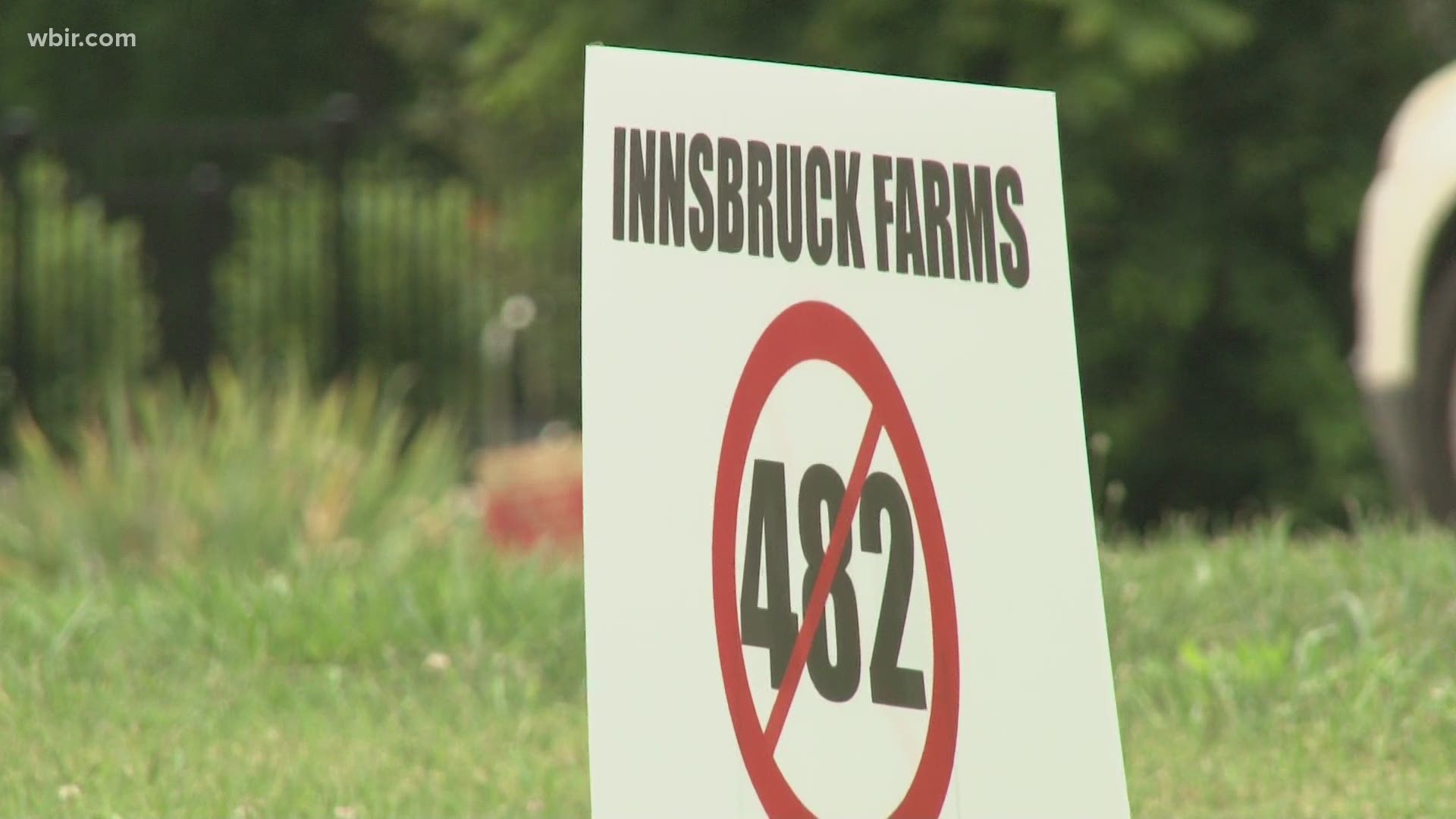 Off of Ruggles Ferry Pike, lies 180 acres of land covered with grass, trees, and community walked trails. The land is soon to be known as Innsbruck Farms.

This is the latest development in the county's ongoing struggle to expand. Knox County is in need of 40,000 homes in the next 30 years to meet the increasing population. Innsbruck Farms is just the beginning.

However, when you drive down Ruggles Ferry Pike, you can't miss the plethora of signs that populate front yards.

Many in the surrounding community are opposed to plan 482.

On the Knox Planning website, hundreds of comments speak volumes to the community's negative outlook.

Some of the comments:

Walking through the community, cars are few and far between. It's easy to hear birds chirping in the distance and the sound of wind rustling tree branches.

The resident's biggest concerns are that their little neighborhood won't be quite as quiet anymore.

Despite the opposition from the surrounding community, the 500-home subdivision plan was approved on July 8.

According to the project developers, the next step is to get a design and community layout approved. They hope to start building by the end of next year.

This is just the beginning of a county-wide expansion to create more homes.

Developers say they have to build where the land is available, even if it isn't always the most popular decision.