One community leader's mission to keep kids off the streets kicked off Saturday, with the first Super Fish Bowl — an event to show kids violence is not the answer. 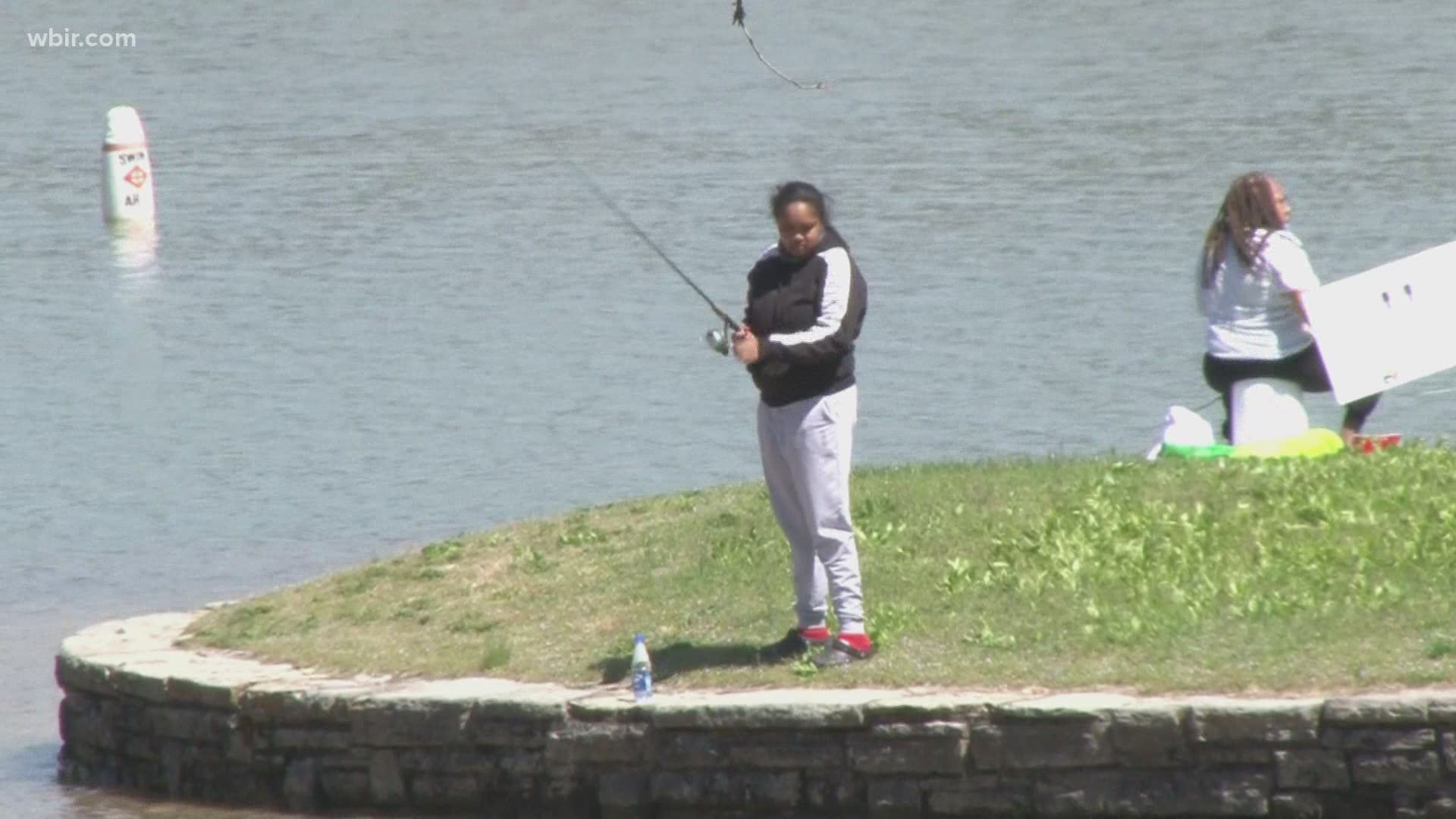 KNOXVILLE, Tenn — Saturday marked the first Super Fish Bowl, an event created in response to the uptick in gun violence across Knoxville that impacted several teens.

"Don't leave them alone, because they end up with a cell phone and they end up doing something else other than focusing on what these men have done for us," said one parent.

The Super Fish Bowl event is designed to keep kids focused on helping the community, and to keep them away from gun violence.

"When they don't see us and everybody is just minding their own business and worrying about themselves, kids think they're by themselves and they feel like they're on their own," Kenneth Jenkins said, who organized the event.

He said they wanted to show kids that people care about them and that they are part of a caring community. He said he wanted kids to know that their community will stand by them.

The Super Fish Bowl was full of events, games, prizes lunch and more, but it wasn't just about the kids. It was about the parents too.

"Work with them and you will see good results in all these young kids because they are our future," another parent said.

Jenkins knows how easy it is to end up on the wrong path, but he also knows what it takes to turn your life around. He said that he was helped by adults who showed him how to focus on other, more important things as grew up — steering him away from violence.

Now, he is stepping up to be that same kind of figure for other kids.

"Just let them know we love them and this just the beginning," he said. "We’re going to keep doing it."

At the end of the day, he said nothing matters as much as trying to be a good person, helping one's own community.

"How many lives can you change, or how many people will say you were a good person and that you helped them out along the way?" said Jenkins.