A fire nearly destroyed the Loudon County Courthouse in 2019. Now, crews are working to restore the building. 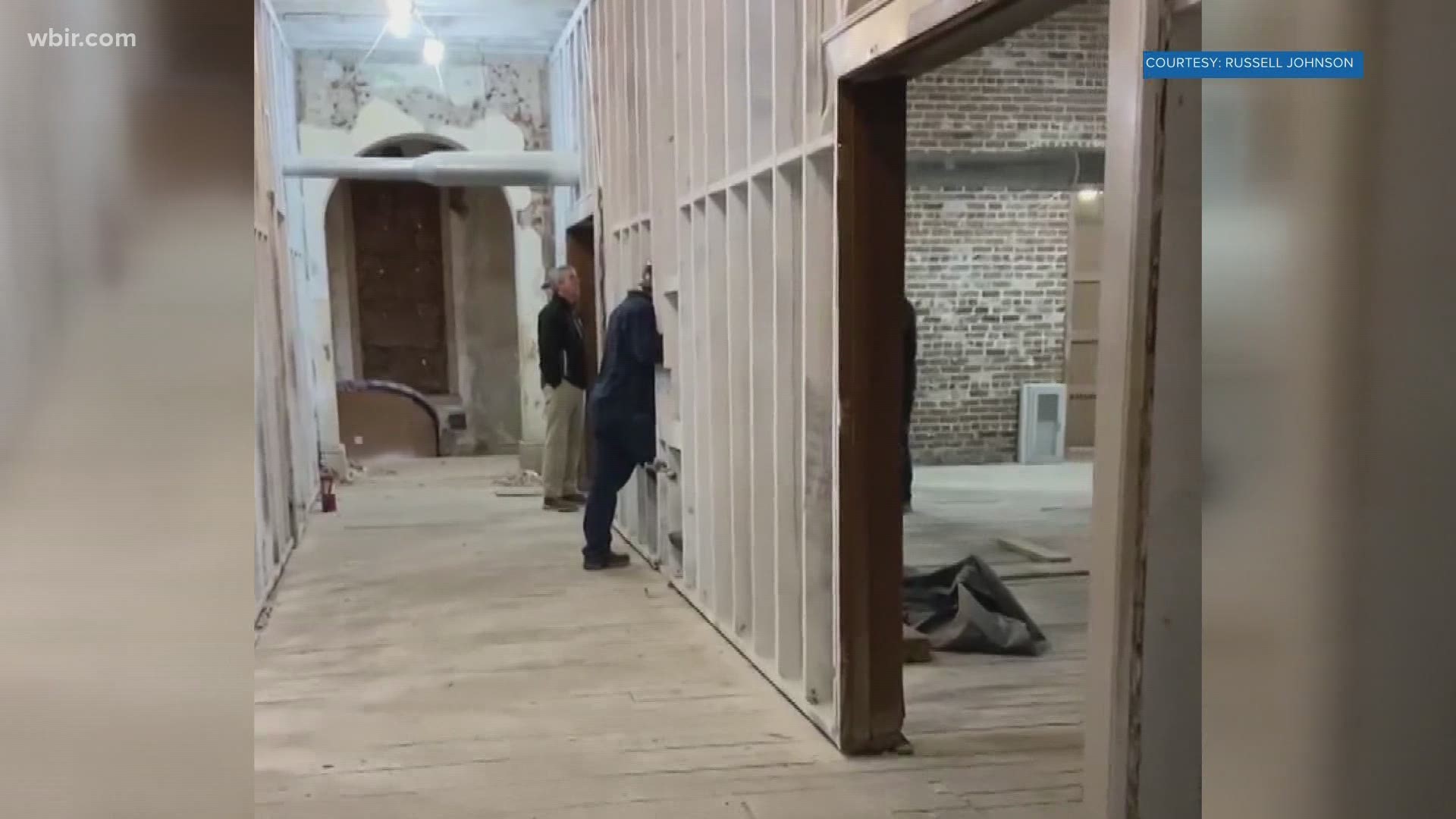 LOUDON COUNTY, Tenn. — On April 23, 2019, flames engulfed the historic, 150-year-old Loudon County Courthouse. Black smoke billowed to the sky as firefighters tried to save it.

Yet, the roof, attic and second floor were destroyed. Officials said it was "a significant if not total loss," but vowed to rebuild it. Those efforts are continuing, and progress has been made in restoring the historic building.

Russell Johnson, the District Attorney General for Loudon County, shared photos of the progress on his Facebook page. He toured the building after it was dried out and stabilized.

As he went through the building, he also found a design towards the top of the interior front wall of the courthouse. He asked if anyone in the community could identify it.

Officials said they could not determine the cause of the fire. They also said that no one was hurt in it.