The new delivery station will power Amazon’s delivery capabilities and speed up deliveries for customers in the Tennessee Valley. 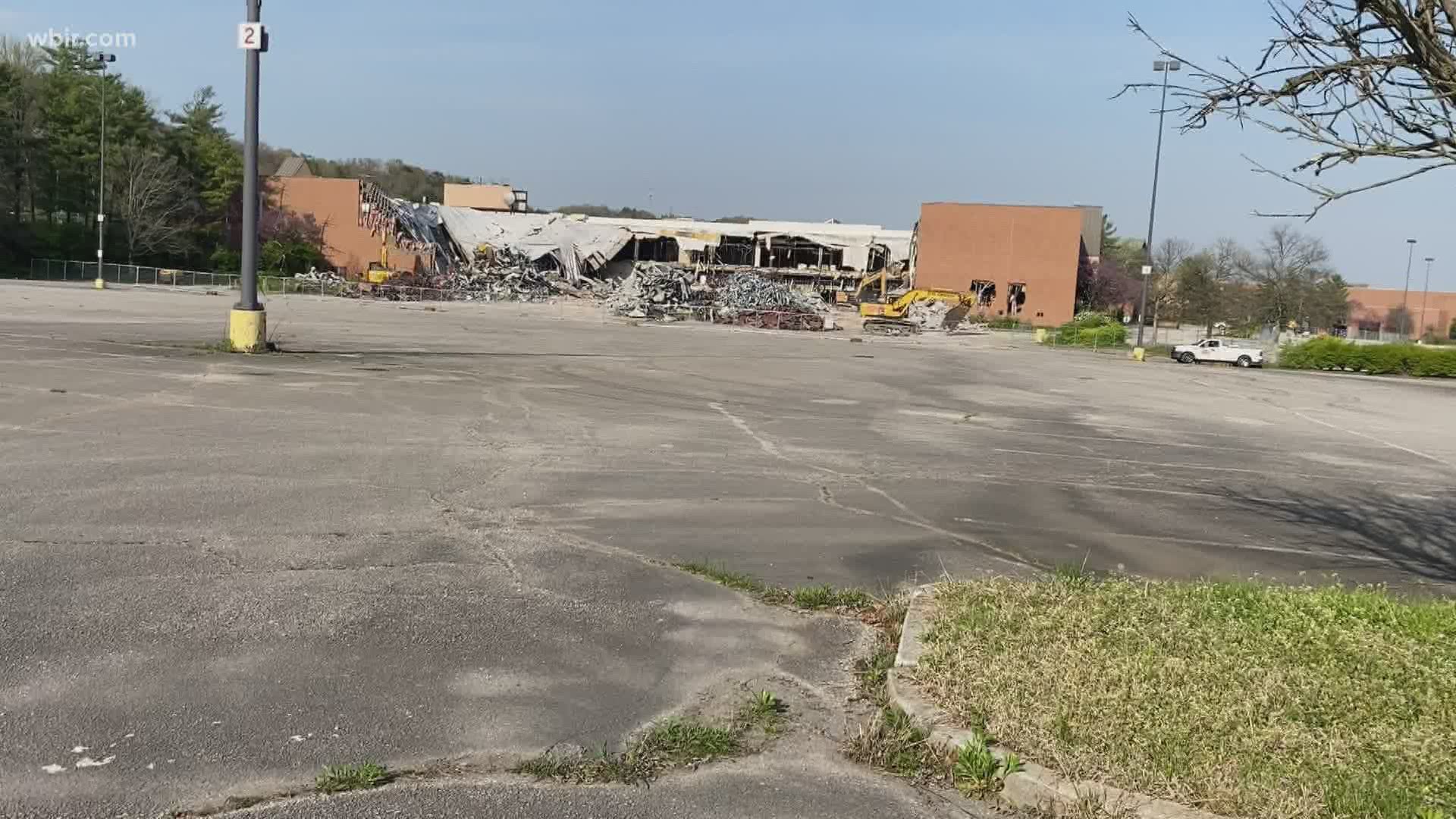 Crews gathered equipment for the deconstruction work in late March. A demolition permit was issued by the city on March 17. D.H. Griffin Wrecking Co. out of Greensboro, N.C., is doing the work — valued at $1.775 million.

Work to dismantle the old East Towne Mall started on the west side, where the JCPenney store used to be. As of Friday afternoon, you could see the ceiling of the old anchor store was gone, while the old two-story interior was stripped back down to the concrete.

According to a press release, the new delivery station will power Amazon’s delivery capabilities to speed up deliveries for customers in the Tennessee Valley.

They also said that the station will create hundreds of full-time and part-time jobs, paying a minimum of $15 per hour and offering a variety of benefits packages from day one, officials said.

The mall closed in January 2020. The delivery station is expected to open in 2022, officials said.

A look back at the old Knoxville Center mall: