Greystar Development is planning to build a new student housing complex with around 700 beds, after demolishing a strip mall on Cumberland Avenue. 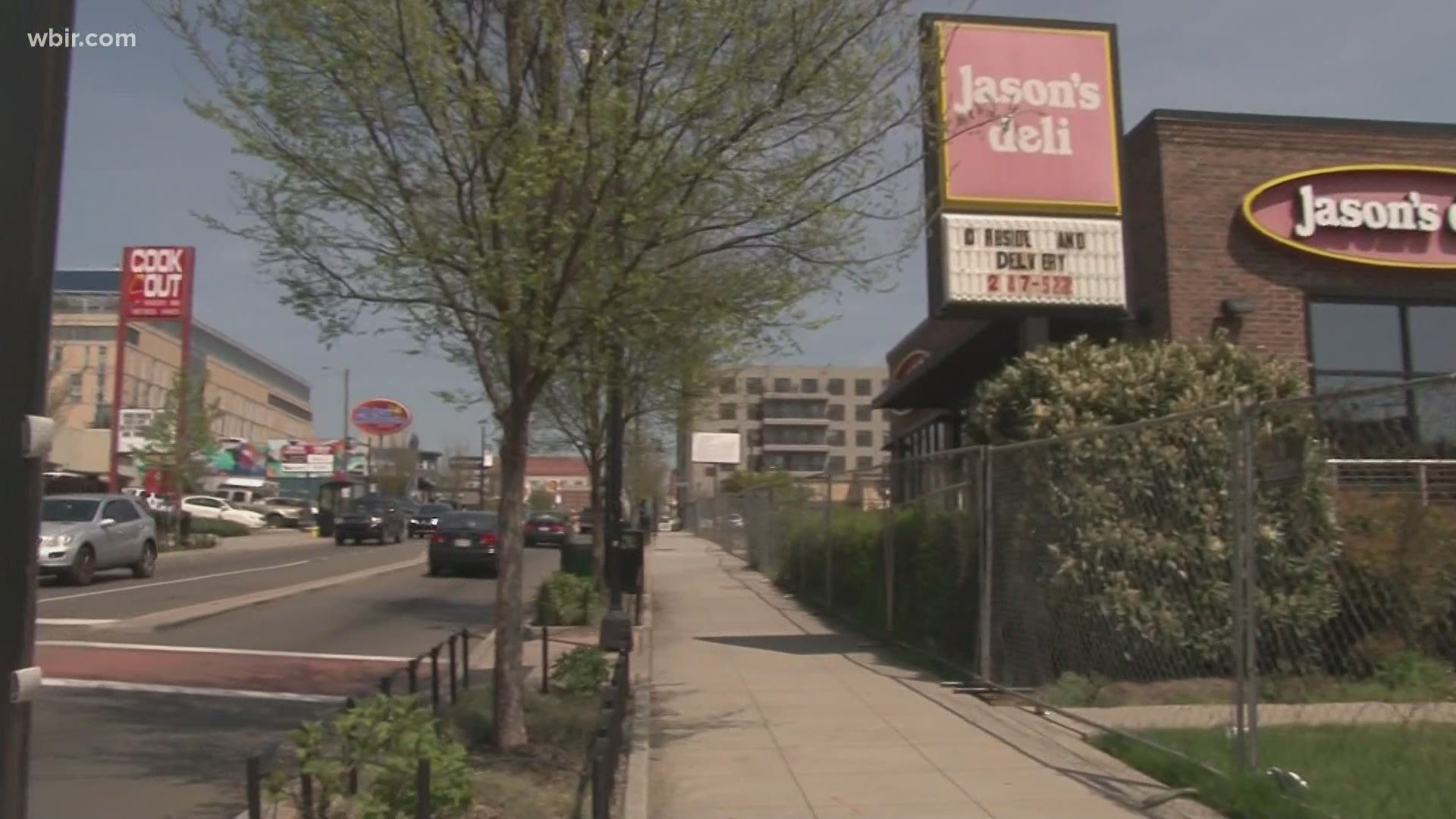 KNOXVILLE, Tenn. — Students in Knoxville may soon have another choice of where to live when a student housing project is completed on Cumberland Avenue.

Greystar Development is planning to build a new student housing community after demolishing an old strip mall. Records show that the project is expected to have around 700 beds for residents, as well as an outside courtyard, a swimming pool, a fitness center, study rooms, computer rooms, a gaming room, a lounge area and a fire pit.

It will be built after demolishing a strip mall which included Subway, Jason's Deli, Domino's, The Hookah Hookup and two vacant locations. Retail space will be built on the ground floor of the project, according to records. The alleyway near the mall will also stay open, and the building will be built over it.

Developers also said they plan on keeping Jason's Deli and Subway in the new retail space. They said the project would also make the Cumberland Avenue area more pedestrian-friendly.

They said the project would also increase the value of the property to around $82 million, a significant boost from its current value of around $3.8 million.

As a result, they said the city could expect $814,268 in property taxes after the PILOT term ends — a financing program meant to incentivize developers to complete projects. It stands for "payment in lieu of taxes" and as part of the program, the Industrial Development Board of the City of Knoxville owns the property and leased it back to Greystar for the project.

Knox County will be able to expect $700,645 in property taxes, according to records.