Tennessee's employment rate of working-age people with disabilities was 34.5 percent, according to a 2017 report published by Cornell University. 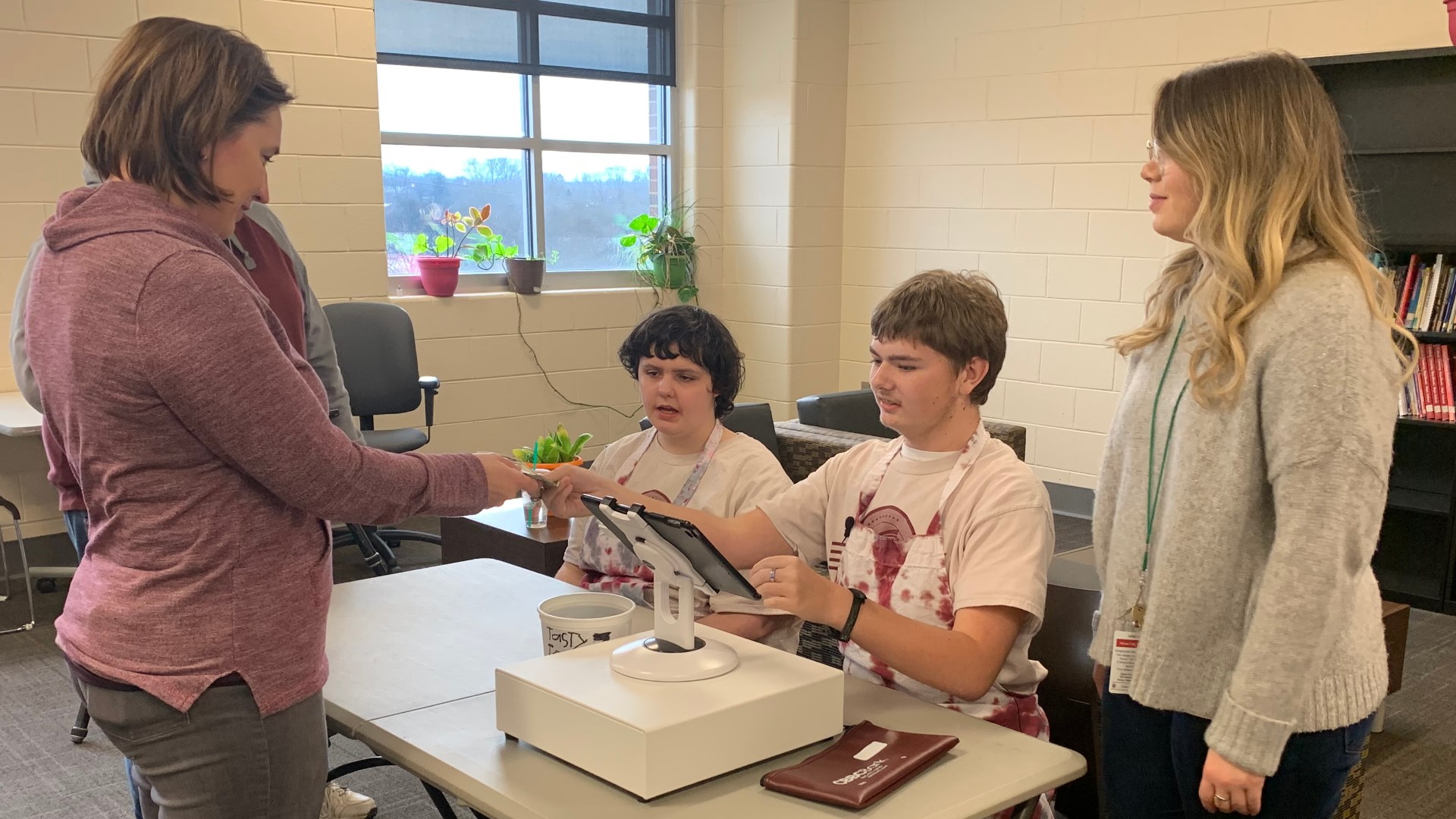 The pop-up lunchroom is run solely by students with disabilities.

"Today we're serving chicken and dumplings and there are all kinds of things," Justice smiled.

Students plan the menu, do the grocery shopping, prepare lunch and serve the meal.

Isaiah Steele, 18, uses a full-time interpreter to communicate with his classmates.

"It makes me happy. I really enjoy it," he said.

The Tasty Tornado Café started three years ago with the help of grant money as a way to teach life skills to students with special needs.

"It's allowed us to do job skills, the soft skills that our employers are looking for," teacher Lisa Henry said. "In today's world, it's hard to find those full-time jobs with benefits. That's the ultimate goal."

But the reality is not nearly enough jobs are available.

Tennessee's employment rate of working-age people with disabilities was 34.5 percent, according to a 2017 report published by Cornell University.

By comparison, the employment rate of working-age people without disabilities in Tennessee was 79.4 percent.

Across the country, the U.S. Department of Labor reports a profound gap of 47 percent between people with and without disabilities that are employed.

Tennessee ranked 44th in the country in 2016 when it comes to employing disabled workers, according to the Tennessee Disability Coalition.

While many people with disabilities are willing and able to work, finding employers willing to hire them can be difficult.

Click here for information on the Employment First Task Force.

"They're hesitant and nervous about what will that look like and what's going to be my part because they do need a little extra support but not a whole lot, not enough to keep them out of the workforce," Alcoa City Schools Dir. of Special Education Mary Beth Warwick said.

The University of Tennessee FUTURE program is a course for young adults with intellectual and developmental disabilities that helps them transition from high school to adult life and find careers. It lasts between two and three years.

"It's like a second family away from your first family," student Aley Sasport said.

Sasport enrolled last semester with hopes of landing a job at a nearby movie theater after graduation.

"So I can pay for my own things, so I won't have to rely on my mom to hold on to the money that I have," she said.

Students learn financial independence through internships both on- and off-campus and it is working.

Between 80 to 88 percent of graduates are placed at jobs once they leave.

Alex Cole is a paid employee at UT's recycling center with plans to eventually work there full-time.

"What we have found is they are some of the most engaged students. They show up on time. They have an overdeveloped sense of wanting to be involved and be present and accounted for and be engaged, and even though they may not always have the right answer they want to provide and contribute to the conversations in the classroom, and I don't think workplaces are any different," UTK FUTURE program coordinator Emma Burgin said.

Disability advocates say there is a long way to go to close the employment gap. Yet, several businesses in our area already catching on.

"I wanted to show other businesses that you can hire people with differing abilities and still run a business," owner Jodie McIntyre said.

McIntyre said they are working with West High School and its work-study program to help students there.

"By providing job training and employment we give them a stepping point out of high school," founder Kent Davis said.

One of the ways Tennessee is encouraging employers to hire people with intellectual and developmental disabilities is through the state's Medicaid waiver program Employment and Community First CHOICES.

It helps people with IDD get and keep employment while providing other long-term supports.