The mural was vandalized two weeks ago when someone painted over Dolly's lips with black paint. Three other murals were also restored in Strong Alley. 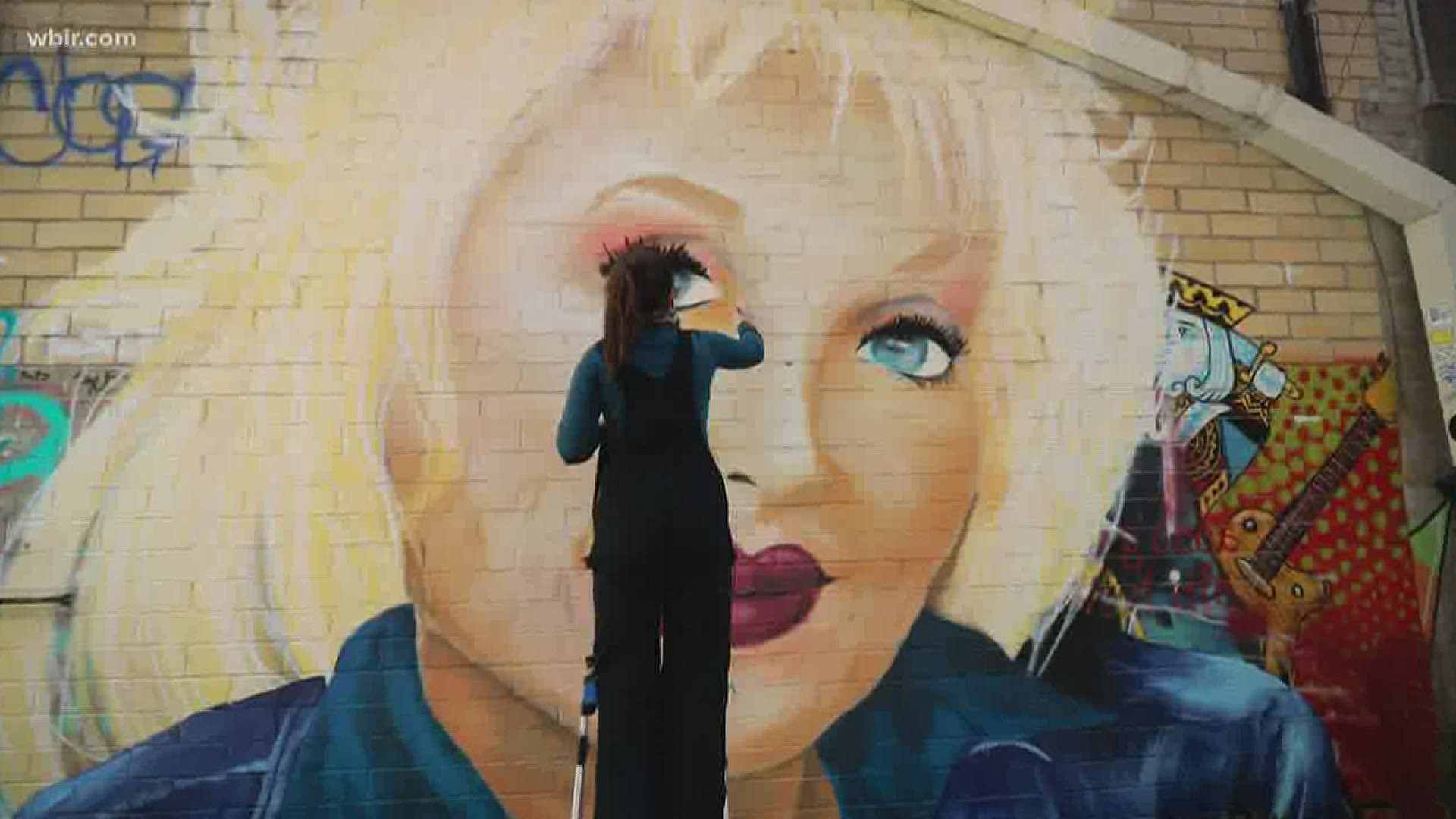 KNOXVILLE, Tenn. — Dolly Parton's mural in Strong Alley got a makeover from an East Tennessee artist who worked on restoring it.

The mural was vandalized last week, and Dogwood Arts sent out a release about it on April 15. In it, Dogwood Arts said they would provide funds for the restoration through the Art in Public Places Mural Program.

A local artist, Megan Lingerfelt, was chosen to work on the mural. She worked to bring back Dolly's iconic look while also restoring three other murals in Strong Alley after they were vandalized around the same time. Lingerfelt also added a few new touches to Dolly's mural.

Credit: WBIR
Dolly's downtown Knoxville mural after it had been vandalized.

She gave Dolly some new hair, lips, earrings, a denim shirt and a butterfly perched in her curls. Lingerfelt said that the new touches embodied Dolly's homegrown and East Tennessee spirit.

Shannon Herron with Dogwood Arts said the art of the mural was completed on Wednesday. Herron also said the artist would return to the mural later to apply an anti-graffiti coating.

"Rendering an image this size is a process: add a bit here, lighten up this, move that a bit to the left. Nothing is really done until it's done," she said in a press release from Dogwood Arts.

Dogwood Arts
There's no better day than Earth Day to highlight local artist Created by applying alcohol ink to metal (typically aluminum, steel, copper, and brass) her vividly colorful work highlights the importance of ecological balance between humans & Mother Earth * * * "I feel like I've been given the mission to remind people of their importance to the earth and the environment.

RELATED: Dolly Parton's smile is back after downtown Knoxville mural was vandalized

Lingerfelt also said that she knew this was not a one-day project, but she was most concerned with covering the graffiti first.

"When Dogwood Arts asked me to give her a makeover I thought it was a great opportunity to make her shine," she said.

The original mural was completed in 2019 by Colton Valentine, a street artist based in San Antonio, Texas.

Credit: Dogwood Arts
The original mural after it was completed in 2019.

RELATED: Meet the artist tasked with remaking the Dolly mural on Strong Alley