The total budget for Fort Kid's reconstruction is now at $750,000, with money from the City of Knoxville and from partners. 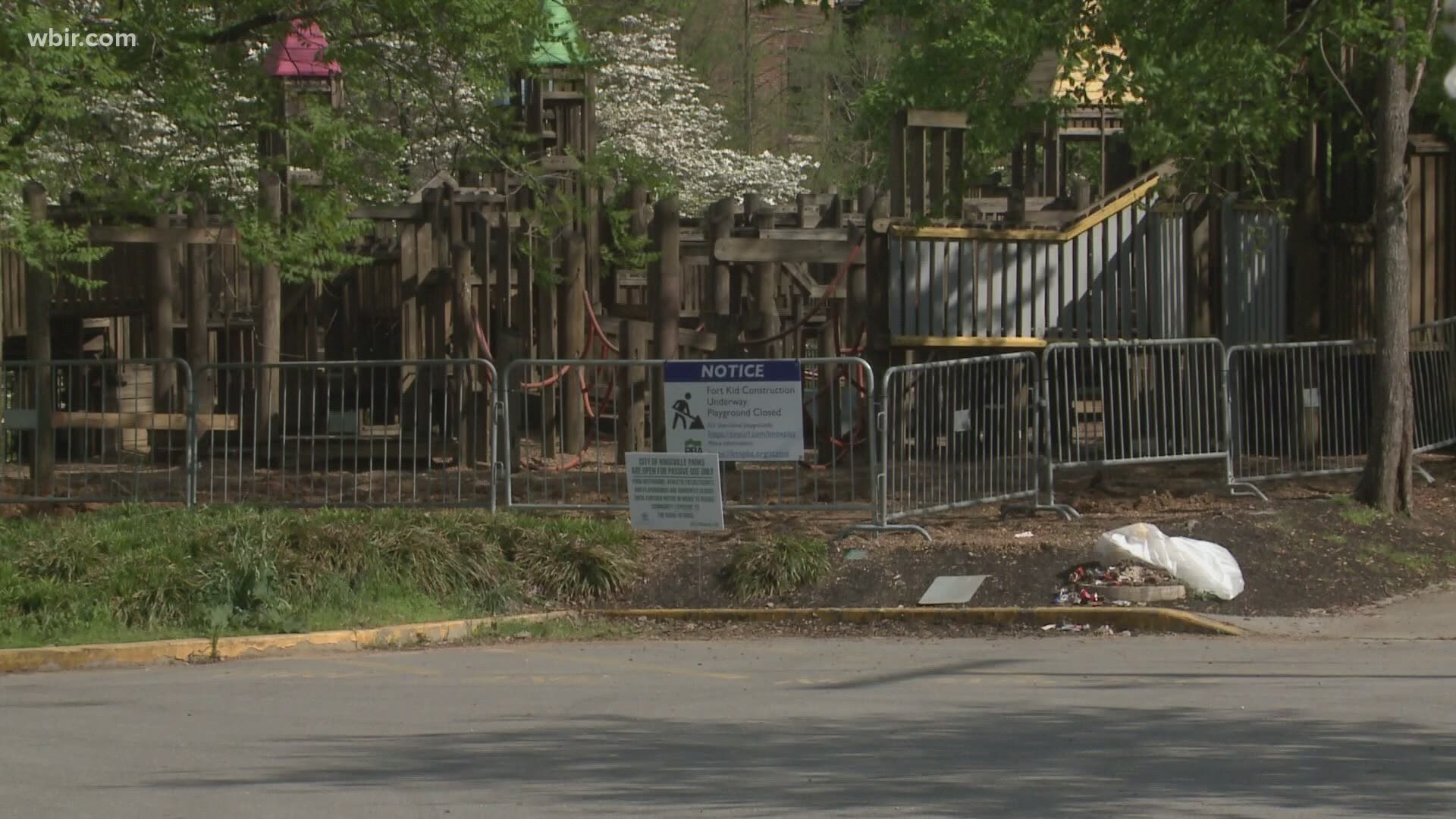 KNOXVILLE, Tenn. — The overall budget for building the new Fort Kid grew to $750,000 Wednesday after the Downtown Alliance contributed $250,000 for an accessible entryway into the playground.

Officials said that Hedstrom Landscape Architecture developed a concept for a slope and path to connect World's Fair Park Drive to Fort Kid. At the end of the path would be a new and accessible entrance to the playground and a new parking area.

The concept includes a fort-wall entrance area by the Knoxville Museum of Art, climbing features and an observation canopy with a view of World's Fair Park and the museum's sculpture gardens. The Downtown Alliance is funding the design and construction of the area, according to officials.

Fort Kid was closed and demolished after the Knox County Health Department found several structural issues and safety hazards in November 2018. In May and June 2020, a decaying retaining wall and 30-year-old timber structures were removed.

In March 2020, the City of Knoxville conducted a survey asking people what amenities they valued most from the old playground. They found that the people wanted Fort Kid to mix natural elements and earth tones, with a playground complete with hiding places and observation points.

Climbing, swinging and sliding were also at the top of the list of activities participants wanted, according to officials. The least important feature was having an open play space, according to the survey.